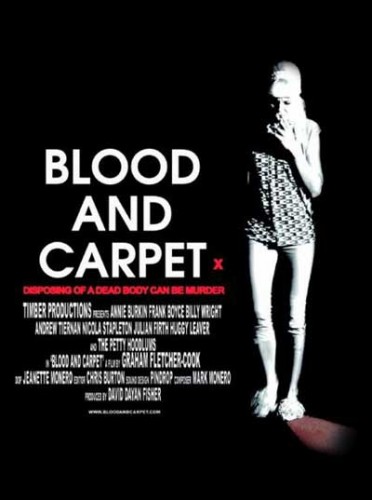 In the late 1960s there were no CCTV or crime scene DNA testing, but disposing of a dead body was still bloody murder.

I love period films, especially when the filmmaker gets it right. It’s difficult to create another era. The more recent the era, the more difficult the task.

BLOOD AND CARPET takes place in the late 1960s. Shot in glorious black and white, the film perfectly captures the whole look and vibe of the times. The costuming, hair and make up, locations, set dressing and design, even the score (which is all original) sell the illusion completely, to the point where it’s hard to believe the film was made this year. I can’t say enough about the attention to detail that went into creating the world on screen.

Perhaps the only giveaway is that the actors in the main roles seem a little old to be playing the characters. Still, I can forgive that considering the quality of the acting and the storytelling. From the very first scene, I was reminded of the classic British series THE PRISONER. As the film progressed, it took on a very Hitchcockian vibe. The storytelling is non-linear which means one really has to pay attention to keep track of events. 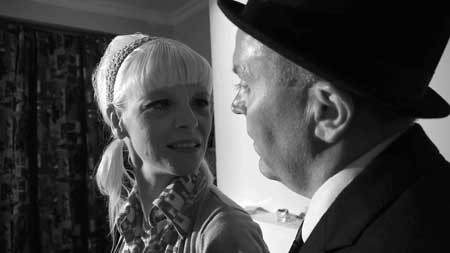 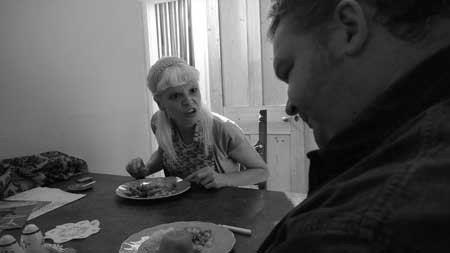 Our story begins with a barrister (Bill Fellows) questioning a prisoner about the events of their alleged crime. We do not see the prisoner, nor do we hear their voice. Just the barrister trying to get to the truth so a defense can be prepared for his client.

Then we cut to a couple named Lyle (Billy Wright) and Ruby (Annie Burkin). They have a problem, actually a few problems. Specifically, a dead body in the bathroom and a huge blood stain on the living room rug. Ruby is trying to scrub the stain out, with very little success. Lyle isn’t much help, but he’s trying to come up with ways to get rid of it and the body.

They are interrupted by the arrival of Lyle’s Brother Melvin (Frank Boyce), who apparently prefers to be called Stan. I have no idea why, but whatever. Melvin is a loud, rude, and leech-like fellow. He uses their phone, bums smokes, invites himself for tea, asks Ruby to make him cookies, then tries to invite himself to dinner. And after all that, he also tries to invite himself into Ruby’s pants. What a guy.

Lyle is upstairs, cutting up the body. Ruby is desperately trying to get rid of Melvin before he figures out what’s going on. It’s almost a comedy of errors at this stage, as clueless Melvin continues to rant away and creep on Ruby like she isn’t his brother’s wife.

This leads to an argument between Lyle and Ruby, so she decides to go down to the pub and meet up with her friend Mattie (Nicola Stapleton). Mattie excitedly tells Ruby all about her new job as a Avon representative. It was a popular thing for women to do back then. My mom did the same thing in those days. 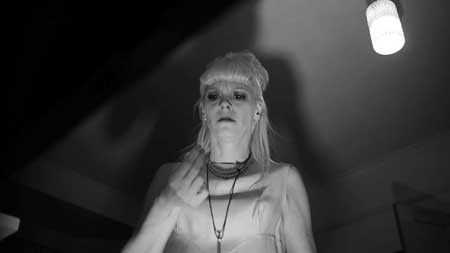 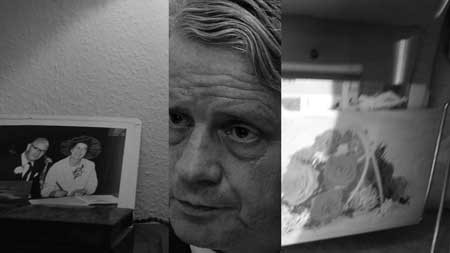 The pub is lively, with a live band playing and all sorts of characters coming in and out of the place, including good old Melvin…sorry, Stan.

The story is told both in reverse and in flashbacks. We cut back to the barrister once or twice, then back to events. It jumps around, but as I said if you pay attention it’s not too difficult to keep track.

Unfortunately, that’s about all I can tell you about the story itself. Almost anything beyond what I’ve said becomes a spoiler. I was surprised by the end, even though I thought I had it all figured out halfway through. The story takes several twists and the viewer just has to keep up.

I can talk a bit about our cast, though. Keep an eye out for Julian Firth as Rupert. Some of you may be too young to even understand what I’m about to say, but for those of us in the older age bracket, Mr. Firth played a Mod in The Who’s QUADROPHENIA(1979). Kind of cool to have him in here. Also Huggy Leaver and Andrew Tierman (Lock, Stock, & Two Smoking Barrels) make appearances as well.

Actually, the more sharp eyed British television fans in the audience will recognize quite a few faces from shows such as Doctor Who, Waking The Dead, Downton Abbey, and Broadchurch. 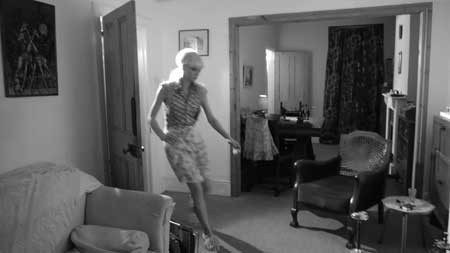 An interesting fact I discovered is that apparently the British blue-collar soap opera EASTENDERS is a starting point for this film. Writer/director Graham Fletcher Cook, Frank Boyce, Bill Fellows, Huggy Leaver, Nicola Stapleton and score composer Mark Monero have all appeared on the show at one time or another.

And a crew note – Director of Photography Jeanette Monero, who also appears on screen in the film as a police operator, has quite a pedigree. She has worked as a visual effects artist on The Avengers, Game of Thrones, The Hunger Games, Kick Ass, Harry Potter and The Deathly Hallows Part One just to skim the surface.

BLOOD AND CARPET is, in short, a quality film. I can’t come up with anything bad to say about it. Like, at all. At a run time of 76 minutes, a lot of story is told in a short amount of time. It’s almost perfect.

So on a scale of one to ten, ten being awesome, I’m giving this film 9 cigarettes. 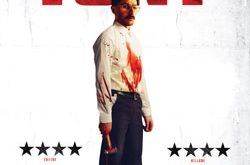