Home | CD Review: Celldweller – Soundtrack For The Voices In My Head Vol. 03 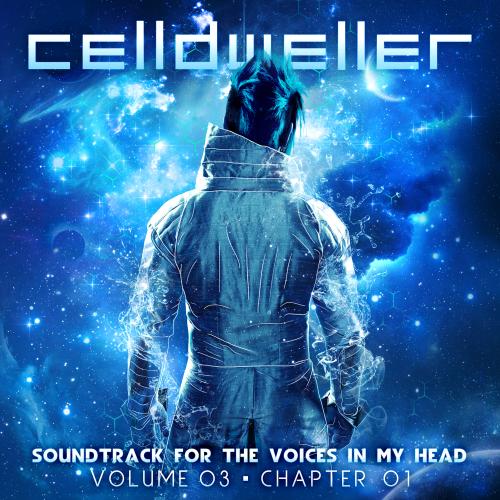 The music of Celldweller is hard to encapsulate in a mere review. It’s equivalent at times to the image of a towering beast emerging from its unearthly catacomb to lay waste upon unexpecting cities. It’s science fiction symphonics woven together with voicings of modern metal guitars transformed under dub stepping, complex mixing, and orchestral harmonics.

As I listened to the 4 tracks of “Soundtrack for the voice in my head Chapter 3”, I was taken away…………….

Engineered by master mind Klayton. This 4 piece instrumental offering is worth every audio atrocity and inspiration it can pluck from your psyche. It’s a soundtrack of ass-kick-ery catapulting one upon its fantastic journey.

The EP begins with “Razorface”, a track that encapsulates everything before mentioned pounding its way into galaxies unknown leaving you in a wake of musicality that is unique only to Celldweller. I imagined this track as an underlying piece to the latest super hero summer film positioned to drive you into movie theatres with a barrage of explosive FX work and villainous intent…. it’s that kind of experience.

“Hyperion”
A track that reeks of traveling dimensions thru interstellar passage. “Hyperion” continues the journey of this ep blazing way for listeners to further enjoy their audio adventure.

“Battlecry”
Tribal and monolithic, its those nasty earth shattering drum mixes that drive most of the tunes on this release. I’m guessing that each track here was a vision transformed into sonic revelation. “Battlecry” delivers its purpose in the same way  that you might envision a new “Planet of the apes” film soundtrack to evolve.

“Jupiter”
An inherit calming track that pushes forward with approach. That approach as influenced by its title seems to be that of arriving up on the planet Jupiter after a long voyage thru space.

4 power tracks of impressive nature…….. you’ve indeed arrived into the mentally visually inspiring world of Klayton and his opera of intensity.

I’m never left short of being amazed at this man’s work. Its progressive, powerful, and innovative taking music to the next step of electronics, heavy rock and pulse audio. It’s the 3rd offering of the “Soundtrack for the voice in my head” series, a worthy entry into the collection indeed!

Celldweller is  now available at FIXT

Tags Celldweller Soundtrack For The Voices In My Head Vol. 03