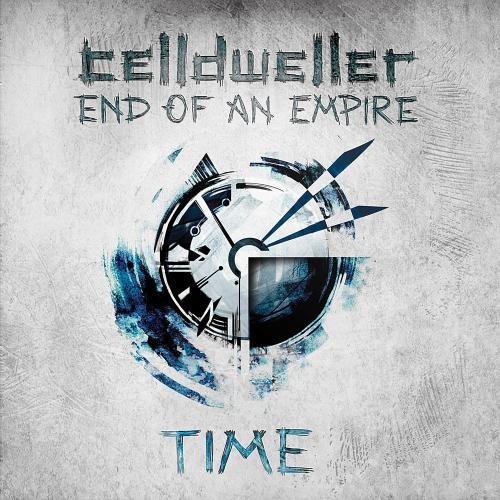 The latest release is titled “End of an Empire” by audio wizard Celldweller. The release makes use of 3 tracks remixed for a total of 15 tracks. The tracks being “End of an Empire”, “Faction” and “Lost in Time”

The core tracks are reused in ways that transform into completely new pieces with each careful remix edit session,. So much that at times you wouldn’t be able to tell the similarities from one to the next. This is a good thing as we get a barrage of audio explorations driven by Klayton’s vision.

We also get versions that include vocal tracks giving a whole new surface layer to the instrumentals leading up.

No track is wasted here as we are privy to several versions designed for listeners approval. Those who are fans of Gary Numan’s work, will love what Celldweller has introduced.

“Faction” is prologue style of piece that echoes ….”welcome to Alteria”. My guess is that this style of music is intended for gamers who want to feel a certain level of audio inspiration as they make their way into new worlds of interest. A nice inner section of tracks as you make your way into the more dominant, “Lost in time”

By far my favorite of the collection, “Lost in Time” makes great use of its heavy influence altering synth guitars to new invention. It’s a piece that moves drastically to the company of modern metal dub-stepping and power tracks rooted in Pantera-style foundations.

The piece is remixed 6 times each offering a new experience over the next.

“End of an Empire – Chapter 01 Time”…is audio that must be experienced loud and uninterrupted as you are surely in for the ride of you life. Way to go Klayton….. your music drives a new age only making us hungry for the next!

Tags Celldweller End of an Empire