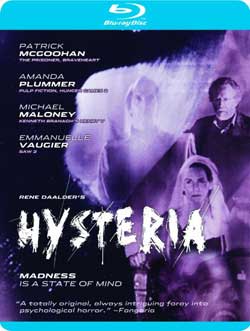 The inmates of an insane asylum are subjected to experiments using collective consciousness and surgically implanted chips in an attempt to create perfect citizens.

Trying to track down much about 1997’s Hysteria was “mostly” a dead end. This asylum-themed film is most noted for the role of Myrna Malloy played actress Amanda Plummer. Her lines are delivered poetically challenging our perceptions of what is perceived as madness over soulfulness. The film “Hysteria” does have plenty of soul that emerges between all the levels of madness it projects. 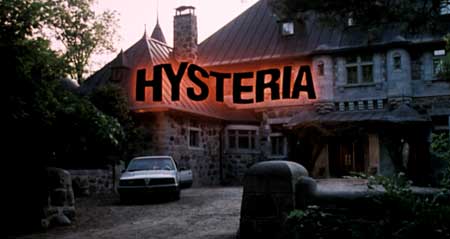 The film received a bluray release under Cult epics (for those who might be curious in seeking it out). Due to its obscure nature, it was very likely that this film would be forever-forgotten had it not been for its careful re-issuing (that Cult Epics injected back into its re-release). It is simply a movie worth sitting down with. Hysteria (1997) has something to say (which is more than I can say about most films).

Like many asylum-based films, the movie is centered on a a remote location that houses a handful of patients run by a mad scientist doctor. Dr. Harvey Langston (Patrick McGoohan) has been performing tests on his patients in the interest of bringing them under a collective “shared” consciousness. The tests are a result of his experimentations that involves a small surgical operation (cut) appearing to connect them together as a group. The idea here is that the patients can be treated more thoroughly by understanding them, thus sharing an enhancement of knowledge between them. The side effect is that they all share traits, pain, talents and emotions in a very abstract collective way. 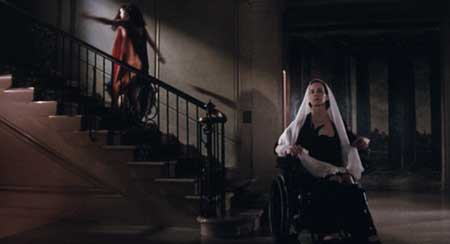 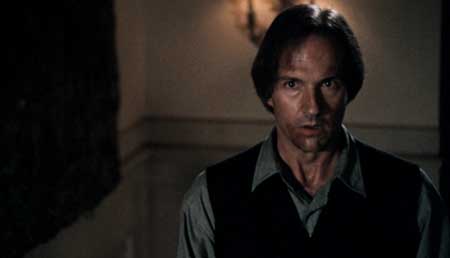 Dr. Samuel Fry (Michael Maloney) is called into the remote location, aka the “Langston institute” when receiving word that his office would be closing down. Dr. Fry, a firm believe of old school ways (that care more about the patients well being than their financial contributions), is assigned to this new location where he encounters Dr. McGoohan, a highly regarded physician in his field. It is also where Fry begins to see and witness the results of the experimentational treatments performed here.

Immediately (which at first is quite impressive), Fry is subjected to the incredible talents that many of them seem to savant-into such as a concert pianist performance, a ballet demonstration or even a group “jam” that would give any professional act a run for their money. Fry’s motivation is rooted in good-will but is distracted by his love for psychopathic patient, Veronica Bloom (Emmanuelle Vaugier). What he doesn’t expect is what her exposure to the group does to her personality. The film is sprinkled with clues along the way as to what the end game is here…though getting there is half the fun. 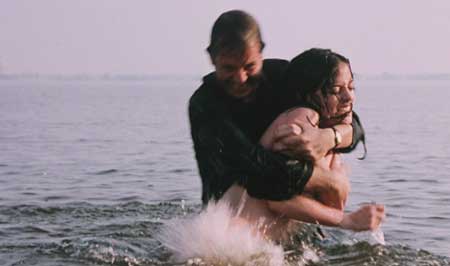 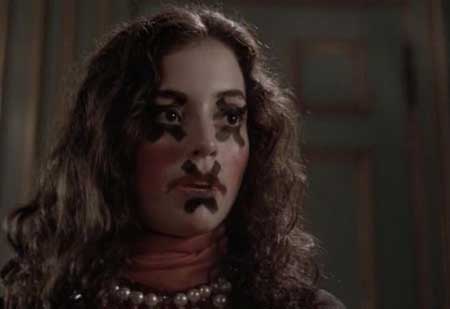 Actress Amanda Plummer is passionately committed to giving us her best A-game in Hysteria embracing the role like as if an extension of herself. Her transitions from wheel chair bound to “envigored and inspired” is quite a performance in itself. I’ve seen her in several films, but this remains one of my favorite Plummer acting roles to date. Michael Malone also provides us a with a hero-driven role that while overacted feels right at home with the pace of the film. “Hysteria” was indeed an appropriate title that sets the tone from start to end. 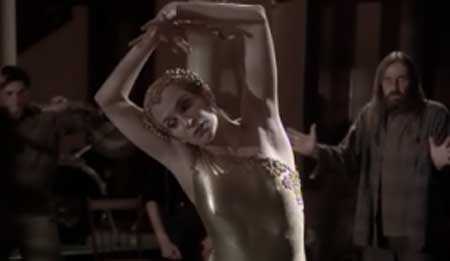 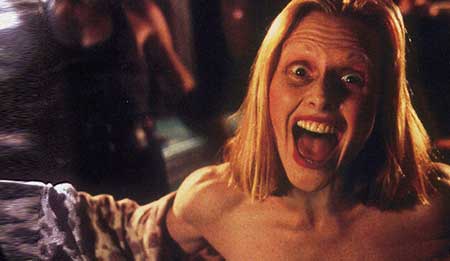 The movie falls squarely into a b-movie category but in doing so also holds plenty of charm in its own right. The talent showcases are quite brilliant escalating the cultural and artistic merits of the film. Marketed as a horror film, “Hysteria” was clear upon finish that the term “horror” was meant only as a surface coating in regards to the intention of the script. The movie transcends its trappings and manages to come ahead with a clear message about human nature and what can be achieved past our own egos and isolation. I’m sure the director’s intentions were grounded in this belief. It’s bizarre, its a love story, its a madhouse, its a message…all wrapped up in one.

I suppose the film is as close to the experiments themselves as it is a package for its own purpose.

Now available on bluray. Make sure to pick up “Hysteria” at Cult Epics