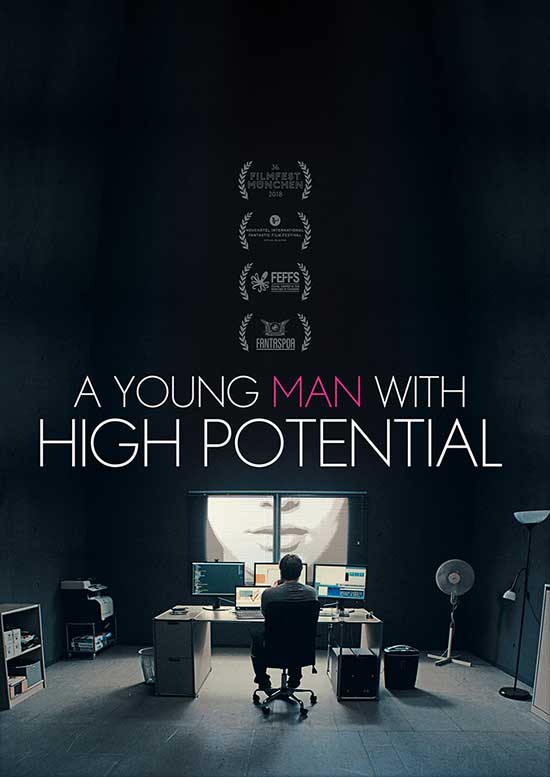 When the brilliant but sexually inexperienced computer science student PIET is turned down by bright and beautiful KLARA, he is deeply hurt. He takes a dose of a sleep medication, leading to a tumultuous night during which he loses his innocence in more ways than one.

Piet Carnell is a student who is just not comfortable dealing other people. We first meet Piet, the titular Young Man Of High Potential, when he is approached by Ketura Stantz, a woman with some awkward questions concerning the disappearance of a certain Klara Koslowski – a female student and former study partner of Piet’s. We are going to have to wait for any more information on Klara’s whereabouts though, as the movie teases us by jumping back in time to show us Piet and Klara’s first interactions…. 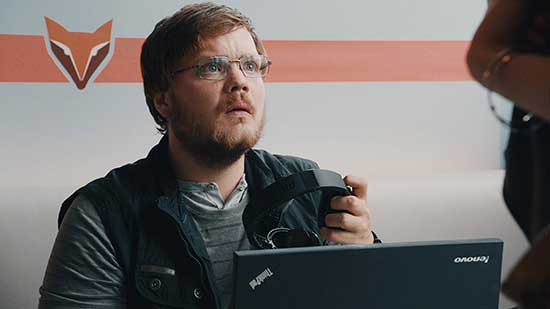 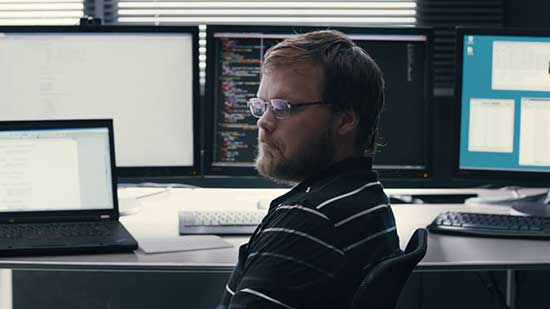 Piet spends his days studying computer science at Germany’s Bauer University, a somewhat forbidding, greyly industrial looking complex. He is clearly ill at ease, preferring to skulk in doorways to wait for the throngs of fellow students to disperse before heading on his way. Piet and Klara meet for the first time when she inquires one day as to whether he would be willing to partner up for a thesis; unsurprisingly Piet is not particularly keen at first, but after a spell of flattery from Klara he reluctantly agrees.

We have already been witness to the fact that Piet has up until now preferred female company on a pay-per-view basis via his laptop; so when Klara begins visiting him in his apartment, praising his abilities and lavishing attention on him, he begins to imagine that romance is in the air. Before long they are sharing a joint and discussing philosophy, art and morality among many things; and once the project is wrapped up Piet decides to pluck up the courage to ask Klara out. The date takes the form of dinner at Klara’s apartment, where after an awkward unrequited kiss it becomes painfully clear to Piet that their views on the nature of this relationship are very different. Things quickly start to spiral out of control for the pair, as an increasingly anxious and paranoid Piet decides to take matters into his own hands. Events go past the point of no return for both of them when Piet drugs Klara, leaving her exposed to his almost childish whims. 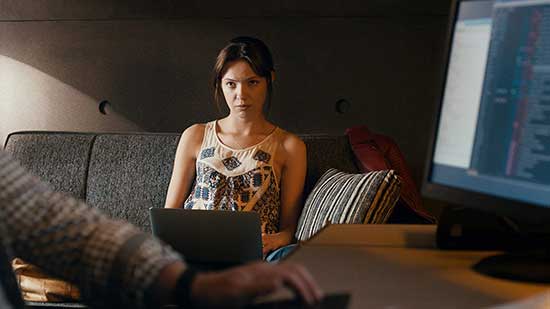 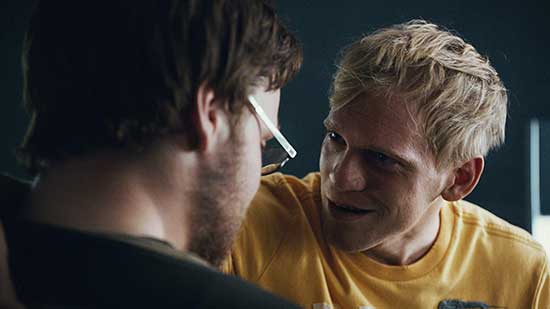 The movie builds its atmosphere steadily, as Piet’s behaviour starts to escalate. This isn’t strictly a horror so it isn’t particularly frightening, but it is definitely unsettling; the stark, uninviting locations of the university grounds and Piet’s dingy, minimalist apartment are used to great effect. Piet’s actions are shown in an unvarnished, matter-of-fact way with static and often close-up camera work; there’s some surprising full-frontal nudity which, far from being intended to titillate, is used to show Piet’s increasing desperation and inability to deal with the situation he’s created for himself.

Things soon become very dark indeed, giving the special effects crew the opportunity to showcase some very impressive gore effects. These aren’t used gratuitously, in fact the gruesome scenes are used very sparingly which heightens their effect. Realism is the order of the day, the sparse but shocking violence juxtaposed with the banality of the setting. 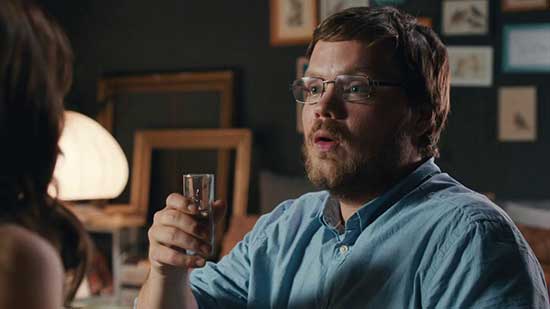 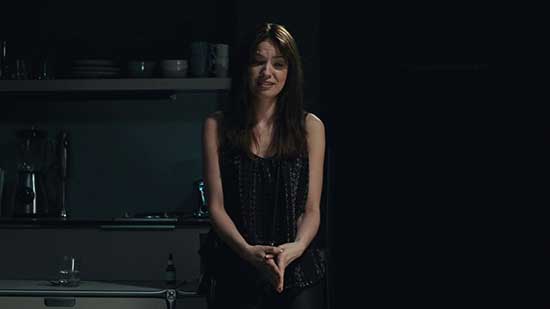 Adam Ild Rohweder is superb, portraying Piet as a confused loner, a maladjusted child in an adult’s body. His fear and panic are palpable as he loses his grip, even when dealing with the unexpected arrival at his door of his regular takeaway delivery driver, who forms one of the closest things he has to a friend. Yet he remains a tragically sympathetic character, still human regardless of his monstrous actions. Paulina Galazka is also great as Klara, playing her as a warm but slightly naive young woman who, while confident in her own abilities, is perhaps not fully aware of her effects on others. The movie has a very small cast of characters, and all the actors make the most of their roles. Ketura Stantz, the investigator who bookends the film and the third major character, is played by Amanda Plummer (daughter of Christopher), who is probably mostly known for her role as Honey Bunny in Pulp Fiction (or as Merrill Whooly from Satan’s Little Helper for horror aficionados!). The world they inhabit is grounded and dour, but comes across as very realistic. 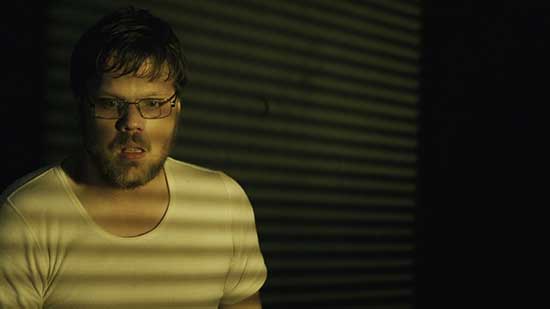 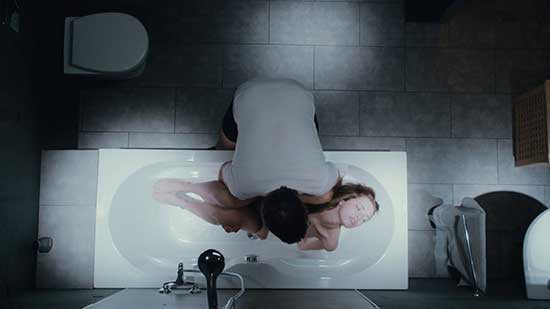 The movie’s ending is not particularly satisfying, but that is largely the point; there is no happy resolution, merely the fallout from a series of haphazard and tragic events, more than one person’s life reduced to ashes. Clocking in at a lean hour and twenty-six minutes, there isn’t an ounce of fat on A Young Man Of High Potential; it is very well shot, acted and edited and as long as you aren’t expecting buckets of prolonged gore or non-stop slasher action it is well recommended watch as an absorbing, thought-provoking drama. 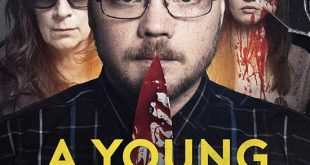 A YOUNG MAN WITH HIGH POTENTIAL Out on VOD Today