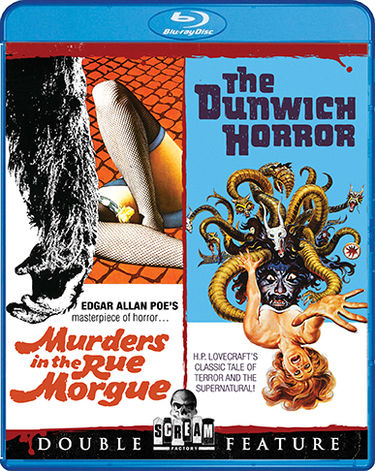 Wilbur Whateley, obsessed with the occult, take the Necronomicon out of Arkham’s Miskatonic University and also seduces a young beautiful woman to stay with him at his castle; but little do people know, is that Whateley isn’t quite human.

Based on H.P. Lovecraft’s The Dunwich Horror, this movie tells the tale of Wilbur (Dean Stockwell) Whateley’s sinister plan to bring the Deep Old Ones into our world, but he needs the Necronomicon and a sacrifice who he finds in virginal Nancy (Sandra Dee) Wagner. Whateley is a grandson of a very powerful wizard, and his mother is living out her days in an insane asylum. Whately also has a twin brother who is even lesser human than Wilbur is. 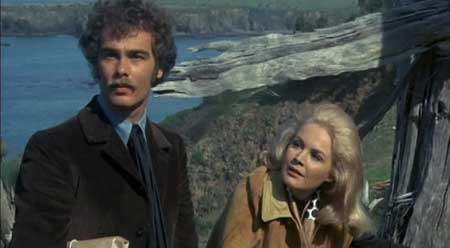 Wilbur finds the Necronomion (the book of the dead) being held at the Miskatonic University and meets Nancy and Dr Henry (Ed Begley) Armitage who is leery of Wilbur’s desire to know more about the book. The Necronomicon is a powerful book that can be used to summon other-worldly gods and monsters, which is right up ol’ Whateley’s alley. Whateley also eyes Nancy and leads her to his castle where he drugs her and causes her to behave in a completely opposite fashion than she normally does.

Armitage begins to suspect Whateley’s less than honorable intentions with Nancy and tries to get her to leave, but she seems to have no desire to leave Whateley’s side.   We then realize that Nancy is but a pawn in Whateley’s plan to summon this Old Ones by sacrificing her. Will she be rescued in time or will the world be doomed to become a literal Hell on Earth? 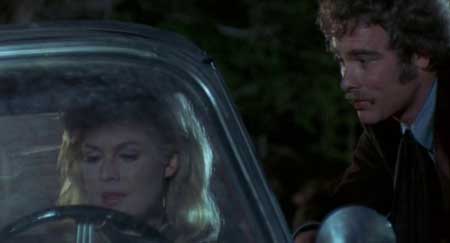 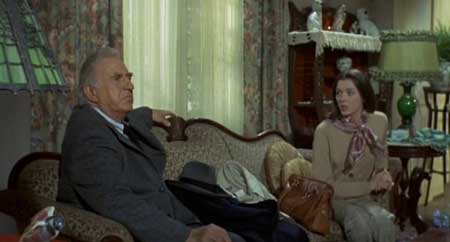 The Dunwich Horror, while not too far off from the book written by Lovecraft isn’t quite on par from the written story. They modernize it, which doesn’t quite work out very well. We have Dean Stockwell as our main antagonist, doing a decent job at being the creepy, evil wizard trying to awaken some sleeping gods for his own desire. Sandra Dee does an ok job at filling the role as the pretty maiden in despair. She goes from a wholesome virginal girl to something more after being drugged. 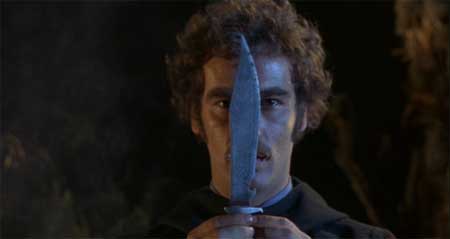 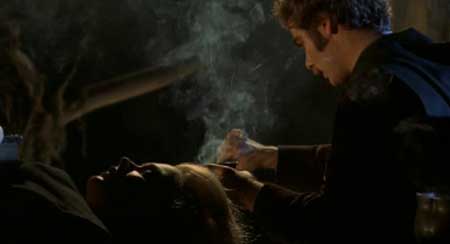 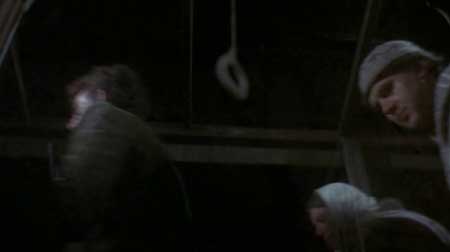 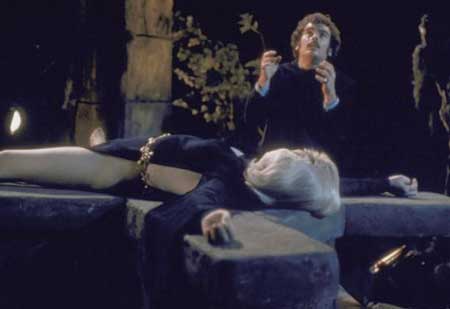 We see her writing on a sacrificial altar where is appears that she is having a great time. Ed Begley is our hero, trying to save Nancy and stop Whateley from fulfilling his plan. We have Whateley’s twin brother whom we never see but are shown his antics through his own eyes which are done in blood red camera tricks.

This movie does a pretty good job at being creepy with some good tense moments and very haunting music and sound effects. There is minimal gore to be seen in this movie, but it doesn’t need any more than it has. I think the beginning and middle of this picture are done well and kept my attention; however, the end of the movie, to me, feels like they hurried through it. Almost like they were running out of money and had to throw something together. 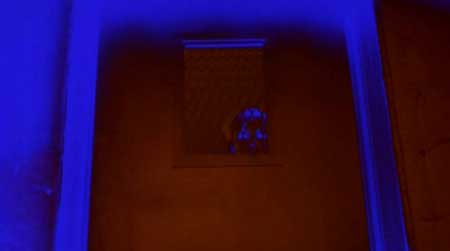 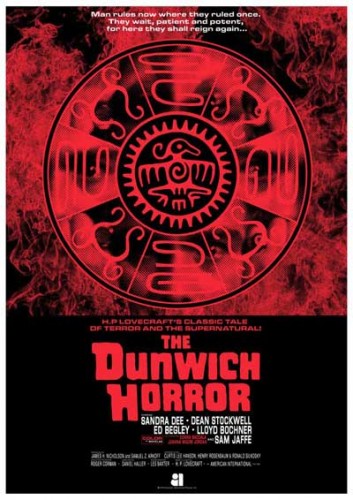 I would have liked to have seen a more fleshed out ending. This doesn’t make the movie bad; in fact for a story based on my favorite author, it ranks up there as one of my favorite telling’s of his stories. Although, the one thing that made me laugh was that the actors kept pronouncing Dunwich with the “w” sound when in fact the “w” is silent. If you are a fan of Lovecraft, then give this movie a watch. I feel it was a decent enough movie for 1970 and have seen it many times over.