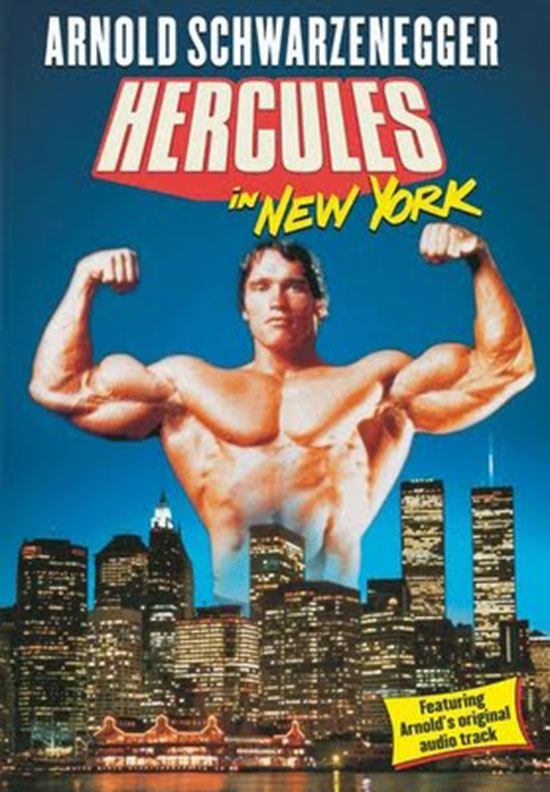 Hercules (Schwarzenegger) is sent to Earth where he finds true love and starts a promising career in the bodybuilder business.

Arnold Schwarzenegger’s career in Hollywood is a unique one. He went from a body builder who was laughed at when he said he wanted to go into acting to be one of the biggest action stars of all time. Like all actors, he’s had his share of films that weren’t very good. I’m sure there’s one movie I’m sure he wishes he could erase from history. That movie is probably Hercules in New York. 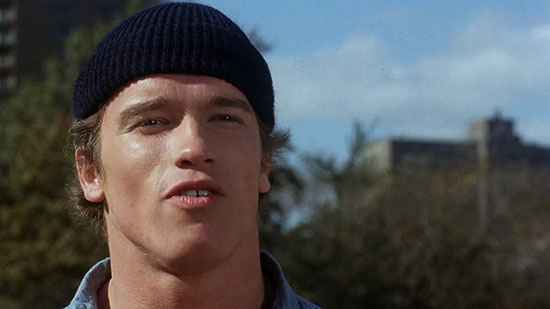 The film follows the misadventures of Hercules, who had grown bored with life on Mount Olympus. He wants to visit the then modern world of 1969. His father Jupiter (they use mostly the Roman names for the Greek gods in this) doesn’t want to let his son go, but eventually Hercules gets his wish. He comes to New York, immediately befriends the nerdy Pretzie, romances a young woman, wrestles a bear, becomes a professional wrestler, and even ends up having to face down some gangsters. Things get even more complicated thanks to his step-mother, Juno, who decides to once again try to destroy Hercules as she has done since the day he was born. 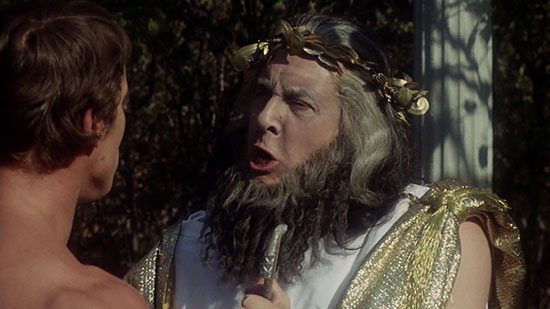 Schwarzenegger had just come over to America when he made this film, and apparently, the filmmakers felt his Austrian accent was so thick that no one would be able to understand him. Their solution was to dub him, and that’s one of the most immediate problems with the movie. Ever hear a voice in a show, and without looking at what’s on the screen, know that whatever’s on the screen is dubbed? It’s something about the voice that clues you in. The same holds true here. The dubbing is so obvious that it’s jarring. It takes you out of the whole film because it’s so blatant. You don’t even have to have heard Arnold Schwarzenegger speak before to know that what you’re hearing isn’t him. It’s awful and kind of hilarious at the same time. 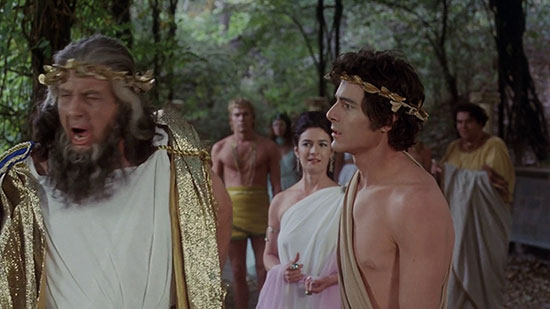 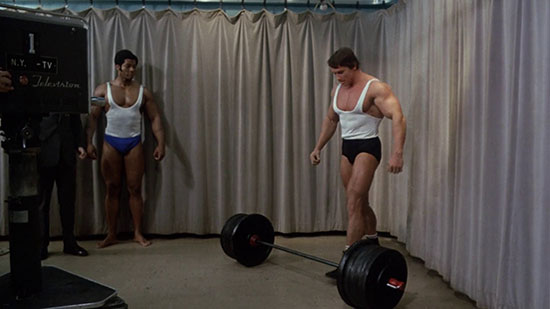 Adding to the troubles with the movie is that a lot of the characters are jerks. Jupiter comes across as being arrogant and kind of petulant when people defy his orders. Juno is just awful to begin with, willing to murder any offspring produced from Jupiter’s philandering. Pretzie is kind of an annoying pest who seems to hang around Hercules just to capitalize off of the demi-god’s strength.However, the biggest problem is Hercules himself. He comes across as a pompous, arrogant, jerk for most of the movie. We rarely get to see a softer side to him that would allow us to warm up to the character and care about his fate. The movie expects us to root for Hercules just because he’s Hercules, not because he has a likable personality. Instead of being a hero of the people, he’s more like the jerkwad jocks from high school that used to push around other people just because they could. Not exactly the kind of guy you’d want to cheer for. If the movie had been far funnier than it was, then Hercules’ personality would have been much more tolerable. 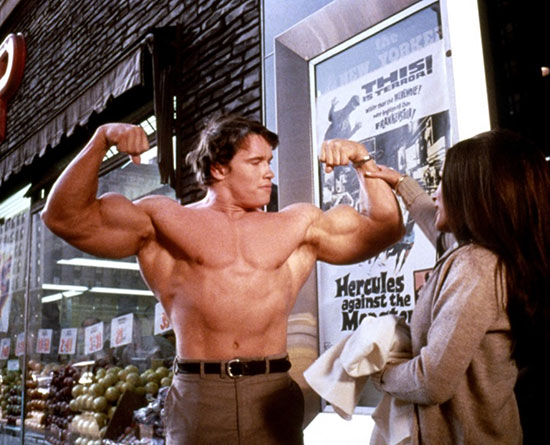 The lack of character development is something that really hurts this movie. We don’t get to see Hercules really grow or seem to learn anything from his experiences, nor do we really get to see the people around him change as a result of knowing him. No one seems to grow, which makes the whole adventure utterly pointless. 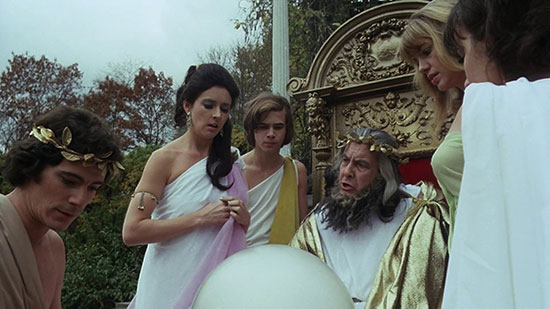 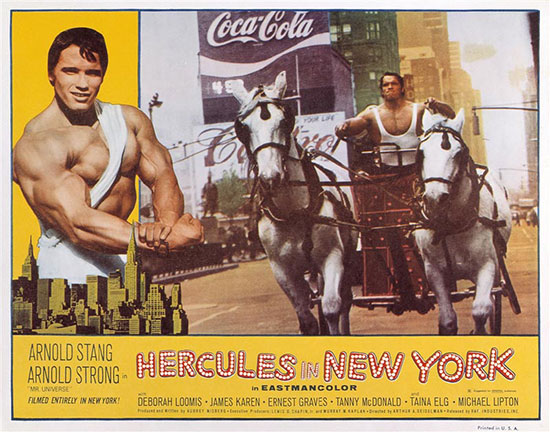 The few action scenes we’re “treated” to are clumsily executed at best or just wretched at worst. When people punch in each other in the movie it sounds like someone slapping two pieces of lunch meat together. Sometimes ffights looks like a bunch of people stumbling around trying to throw each other or go in for some extreme hugging. The scene where he wrestles a bear is particularly amusing since it’s obviously a man in a bear costume who moves around like an ape as if he got confused about which animal he was supposed to mimic. The results of any of these scenes can maybe make you chuckle or end up being less entertaining than watching a glass of milk curdle. 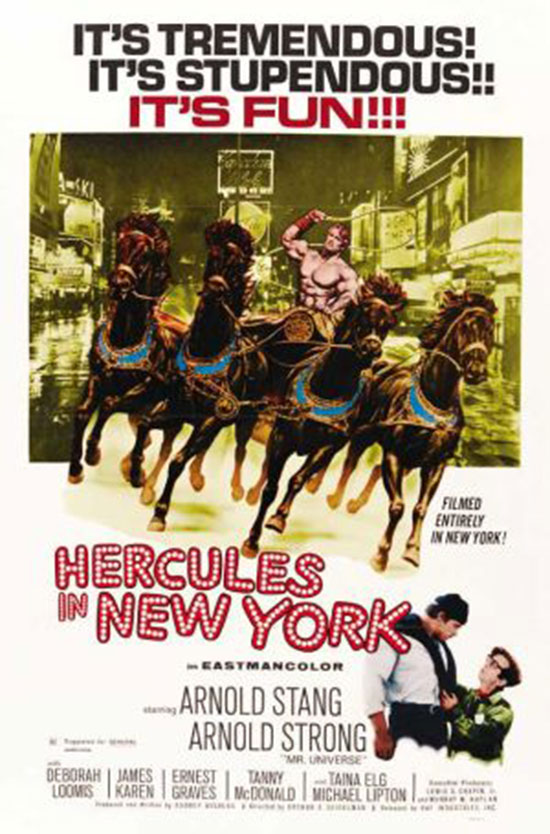 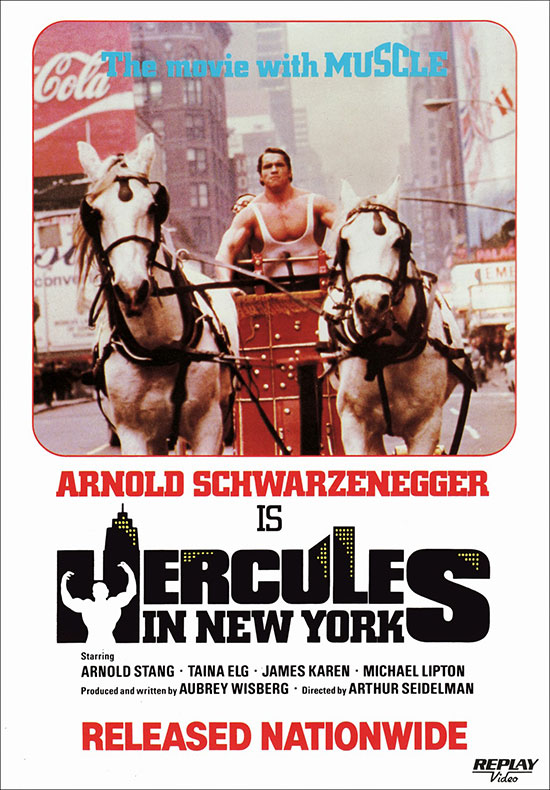 Conceptually, the plot is not a bad idea. The story of 3,000-year-old demi-god with super powers interacting with the modern world had the potential of being a great fish out of water story that could also be poignant as it is funny. There are even a few scenes that were genuinely amusing. However, the movie is ultimately just a series of things that happen because a jerk decided to visit Earth and make an ass out of himself. The potential is wasted with unlikeable characters, clunky “action” scenes, a story that really doesn’t accomplish much of anything by the time it resolves, and not nearly being as funny as it could have been.