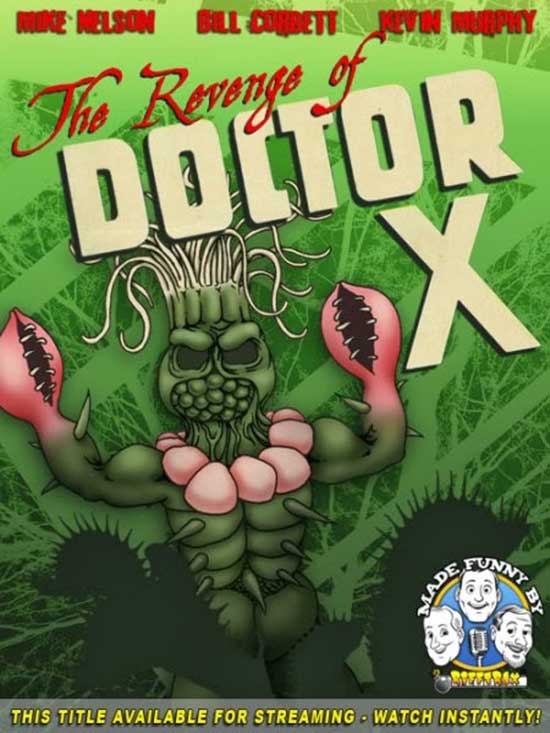 There are some films that manage to become so nonsensical enough that they manage to be strangely entertaining. I think we all have run across a movie like that at least once in our lives, where what we’re watching may not be good but manages to be captivating because at some point the story takes a strange curve that you kind of want to see where it’s going out of morbid curiosity. That doesn’t mean that you like the film as much as you’re now wanting to know how odd things can get. I think The Revenge of Doctor X was that kind of flick for me. 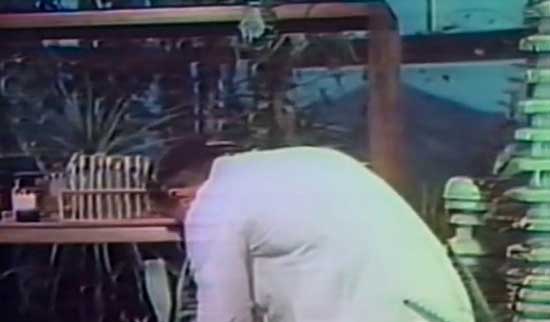 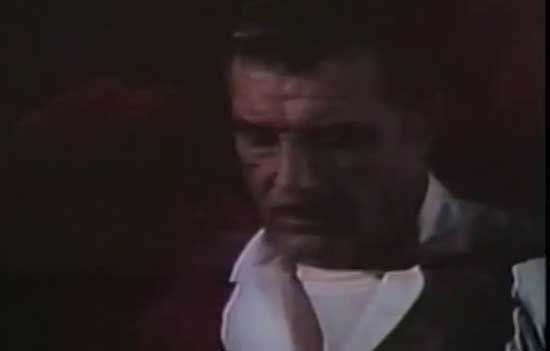 In the movie, Dr. Bragan is a workaholic NASA scientist who’s beginning to crack under the pressure of his job. His assistant, a Japanese scientist that comes from a well-to-do family, encourages Bragan to take a vacation to Japan at his family’s luxury hotel that’s not currently being used. Bragan agrees, and while he’s getting ready for his trip, he comes across a venus flytrap. Somehow, it sparks in him a theory that mankind actually evolved from plants. He takes the plant with him to Japan, and while there, Bragan beings an experiment to prove his theory about evolution is correct. The end result is that he creates a humanoid blood-drinking plant that becomes a threat to mankind. 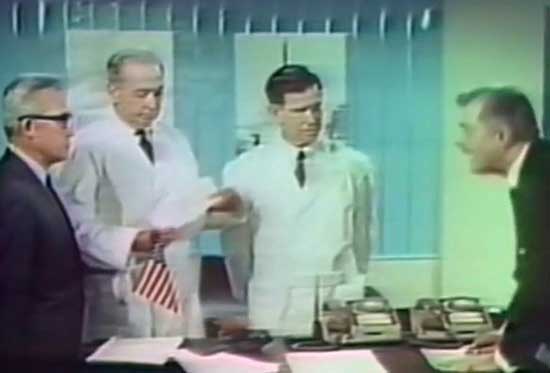 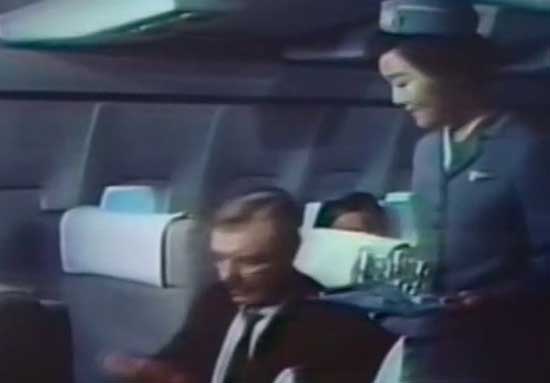 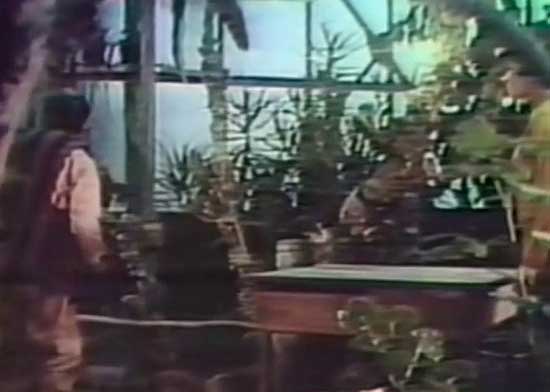 If the concept itself sounds silly, that shouldn’t be surprising. According to my research, this film was based on a script that Ed Wood wrote back in 1950. The filmmakers didn’t see fit to give Wood any credit though. To be fair, how much of the finished product was Wood’s and how much was that of the film’s producer/director/writer Norman Earl Thomas after he reworked the script is anyone’s guess. However, the idea itself is so strange that it feels like it couldn’t have come from anyone else. Regardless of who did what, there’s one thing that seemed for certain is that neither one seemed to know much about science. They seemed to think that grafting a venus flytrap to a particular carnivorous underwater plant would create a walking plant monster, yet they were never able to explain how or why such a thing would happen. It’s also possible that neither Wood nor Thomas understood that there’s no way such a thing could happen, and it’s a premise that’s just hard to take seriously on any level. 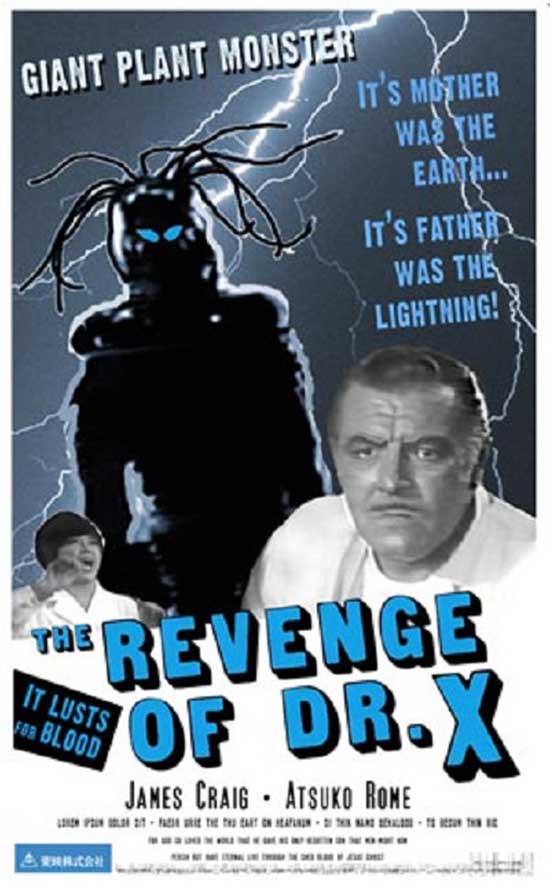 The film itself is quite strange in how it seems to suddenly takes an abrupt turn from being kind of boring to odd and exploitative halfway through. The best way to describe the change is: “Suddenly, boobs.” The movie starts out as being like a lot of the low budget sci-fi/horror fare that had been filmed in 1968. It was a mostly tame movie with nothing particularly provocative going on. Everything was pretty routine until there is suddenly five topless Japanese women divers on screen. It was gratuitous (not that I’m complaining) and didn’t make a lot of sense that the women would be wandering around a public beach wearing only scuba gear and bikini bottoms. Considering how the movie was before that moment, there was no reason to expect this exploitation element to make an appearance. I will give the scene credit for effectively catching my interest. Not just because I enjoy the sight of nude women, which I do, but because I no longer knew what to expect. It opened the door to all kinds of possibilities, so now I was wondering how much further the filmmakers were willing to go. I could be in store for a gory bloodbath for all I knew, and I was at least engaged enough to at least care about what happened next. While we did get a bit of blood and some more (very) brief nudity, it never went any further the the more risque aspects. Still, it was also the point where the film really picked up the pace and built to a nutty crescendo that was only happered by how ridiculous the monster looked. 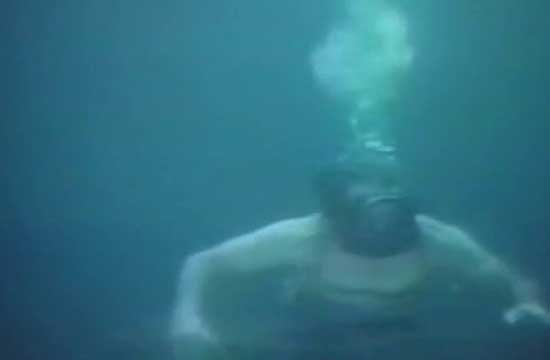 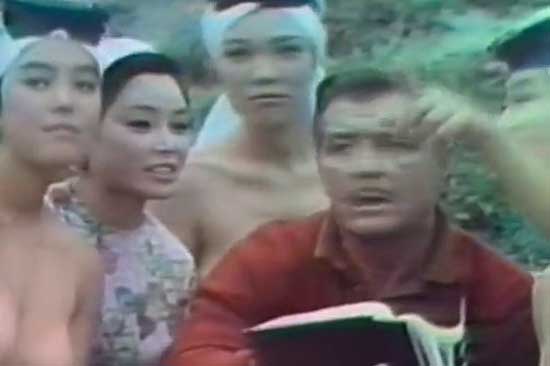 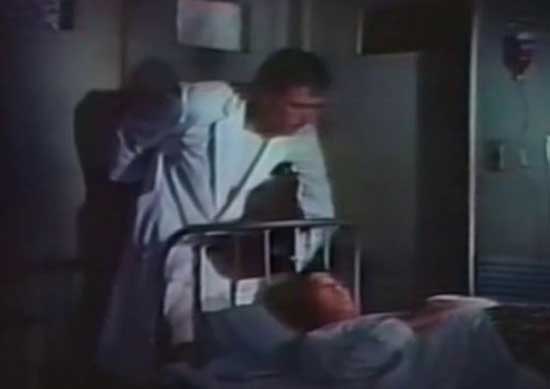 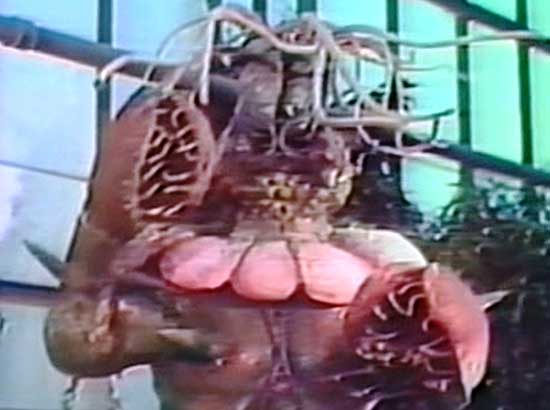 That’s not to say that any of these things made Revenge of Doctor X a good film. Dr. Bragan was supposed to be mad, but he never came across that way for most of the film. He just seemed like a generally nice guy who started to become a jerk whenever he got involved with work. Outside his lab, though, he seemed wonderfully pleasant and even apologetic for how he would act. Nothing really made me think he was insane, so when he started to go to extremes for his creation it didn’t feel like it fit with his character. If this is due to the filmmakers’ lack of understanding of how madness works, actor James Craig’s performance, or a combination of the two, is anyone’s guess. The overall acting wasn’t exactly good, but it was, for the most part, passable. 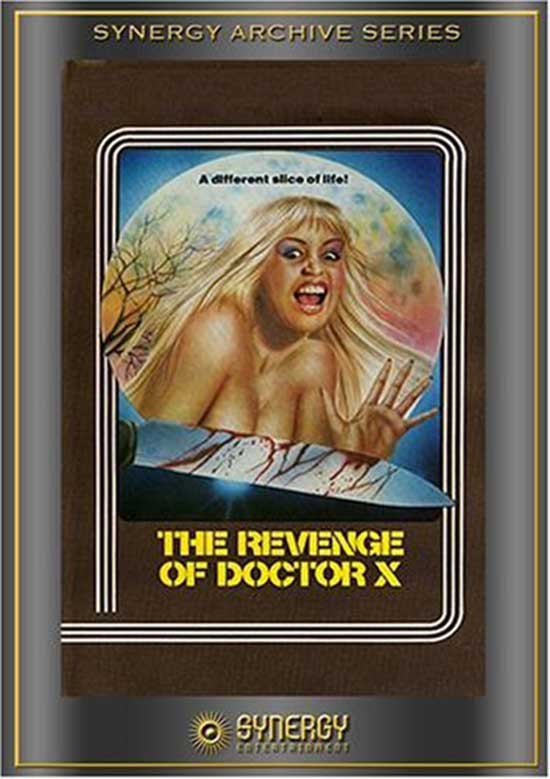 Revenge of Doctor X is a film that starts out as a dull affair that takes an abrupt leap into exploitation. From that point on, the film became more engaging. However, a silly premise, a funny-looking monster that is anything but scary, and the fact that the first half is such a drag really stop this movie from being a gem in cult cinema. It’s the kind of film you would watch with some friends to have a good laugh at its expense. Otherwise, it’s not really worth your time.

Film Review: Santo and Blue Demon Against the Monsters (1970)