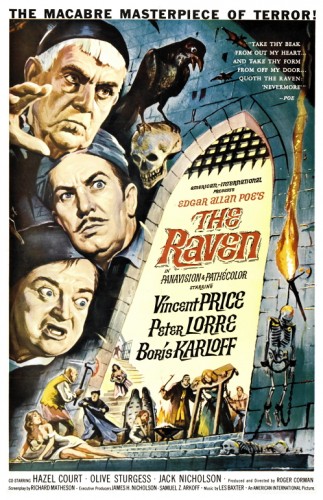 “The magician Doctor Erasmus Craven, who chooses not belong to the Brotherhood Of Magicians, grieves the loss of his beloved wife Lenore and lives in a castle with his daughter Estelle. One day, a raven knocks on his window and Craven learns that the bird is actually the magician Doctor Adolphus Bedlo who was turned into a raven after challenging the powerful magician Doctor Scarabus who was an enemy of his father. Craven makes a potion to turn Bedlo back to the human form and Bedlo tells that he has seen Lenore in the castle of Scarabus. Craven decides to go in his coach with Bedlo to visit Scarabus but Estella and Bedlo’s son Rexford decide to go with them. They find an amicable Scarabus who invites them to stay for the night. Was Craven’s father wrong about Scarabus?” (courtesy IMDB)

When horror cinema was temporarily abandoned in the late fifties, it was mostly low-budget black-and-white films about radioactive monsters. At the beginning of the sixties the budgets were lower than ever, but everything else was changing. As monsters flew out the window, doomed neurotics were plodding through the door. The day of the Gothic Costume Drama had arrived, and its prophet was a brisk young fellow named Roger Corman. The Gothic was a familiar element in fantastic cinema from the beginning but oddly enough, no matter how medieval the plots, most such Gothics had been set in more-or-less contemporary times. Then Corman, with his writers Richard Matheson and Charles Beaumont, discovered Edgar Allan Poe (both Matheson and Beaumont were responsible for the best of the original Twilight Zone stories). 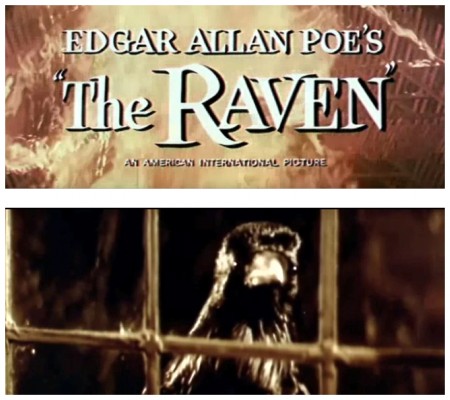 The first was The Fall Of The House Of Usher (1960). Like the subsequent Poe adaptations, it was designed by Daniel Haller and photographed by Floyd Crosby in Pathecolor, a process which emphasised the blue-green end of the spectrum while underplaying the red-yellow end, thus giving the film a ghastly patina, echoing the morbid lifestyle of decadent occupants in rambling old mansions. Corman abandoned his usual speedy editing and vigour for a hypnotic, rather ponderous style which seems to float lethargically through nightmares that are not so much terrifying as excruciatingly claustrophobic, yet audiences loved them and a number of follow-ups were produced including The Pit And The Pendulum (1961), The Premature Burial (1962), The Tower Of London (1962) and Tales Of Terror (1962). 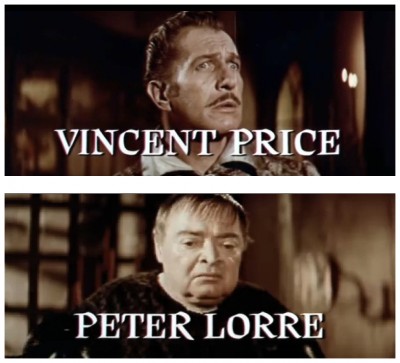 Despite the boom, after just two years, things started looking bleak for Poe. Corman’s distributors American International Pictures were glutting the market, and even changed the title of Corman’s The Haunted Village to The Haunted Palace (1963) so they could sell it as a Poe film – even though it was based on a story by H.P. Lovecraft. But since most of the movies had little to do with Poe anyway, and with Vincent Price in the lead, it was assumed that audiences wouldn’t know the difference. Poe’s The Raven (1963), again produced and directed by Corman for AIP, was a comedy. After writing four Poe pictures in two years, Matheson had had it with all the doom and gloom and wanted to send it up instead: “After I heard they wanted to make a movie out of a poem, I felt that was an utter joke, so comedy was really the only way to go with it.” 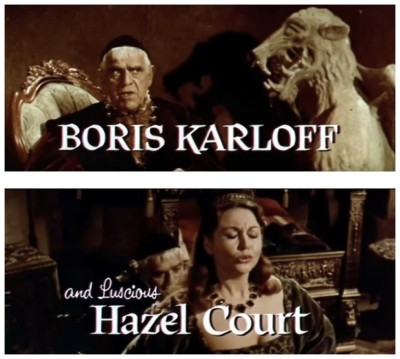 Both Corman and Matheson had enjoyed making the comic The Black Cat episode of Tales Of Terror, and together they decided to make The Raven as a full-length comedy. By the time actors Vincent Price and Peter Lorre were finished with it, the laughs were even broader. Lorre’s improvisations confused both Price and Karloff. Although Price easily adapted, Karloff really struggled to keep up, and Corman had given himself only fifteen days to shoot the film: “Overall I would say we had as good a spirit on The Raven as any film I’ve ever worked on, except for a couple of moments with Boris. There was a slight edge to it, because Boris came in with a carefully worked out preparation, so when Peter started improvising lines, it really threw Boris off from his preparation.” The semi-retired Karloff, whose last feature film had been Corridors Of Blood (1958), had previously starred in the Universal Studios release The Raven (1935), a totally different story despite being being based on the very same poem. 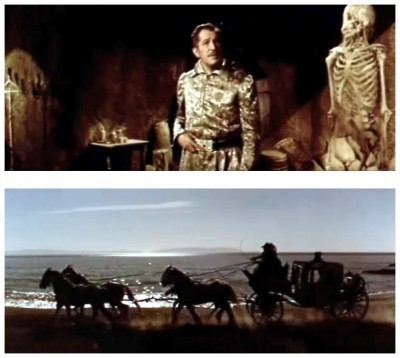 Erasmus Craven (Vincent Price) is idly passing the time one evening amusing himself with his own magic when he is interrupted by the tapping of a raven at his window. He bids the bird to enter then asks, “Who sent you to me? Are you some dark winged messenger from beyond? Answer me monster, tell me true, shall I ever hold again that radiant maiden whom the angels call Lenore?” To which the bird unexpectedly replies, “How the hell should I know? What am I, a fortune teller?” The bird turns out to be a rather unpleasant chubby little fellow named Adolphus Bedlo (Peter Lorre) who was turned into a bird by a sorcerer named Scarabus (Boris Karloff). Erasmus knows Scarabus well since he was a rival to his father as leader of the Brotherhood Of Magicians. By rights the leadership belongs to Erasmus but, being of a peaceful nature, he’s chosen to live more-or-less in seclusion since the death of his father, leaving the evil Scarabus unchallenged. 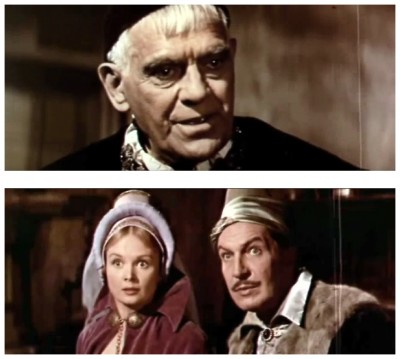 Erasmus returns Bedlo to his rightful form, and that’s when Bedlo notices the painting of Erasmus’s dead wife Lenore (Hazel Court). Bedlo swears the woman is alive in the castle of Scarabus, and indeed she is. She had faked her own death after becoming bored with Erasmus, in order to enjoy Scarabus’s wealth and power. Bedlo turns out to be part of a plot to lure Erasmus to the castle so that Scarabus can learn the secret of the magician’s hand manipulations. Scarabus threatens to harm Erasmus’s daughter Estelle (Olive Sturgess) unless Erasmus reveals his power, and it’s then that Erasmus realises that it’s time to take action. He challenges Scarabus to a duel to the death. The two magicians certainly duel (conjuring snakes, bats, gargoyles, knives, cannons, fireballs, etc.) but not quite to the death. Erasmus proves to be the more powerful of the two and, with the castle in flames, leaves triumphantly with Estelle, Bedlo and Bedlo’s inept but charming son Rexford (Jack Nicholson). 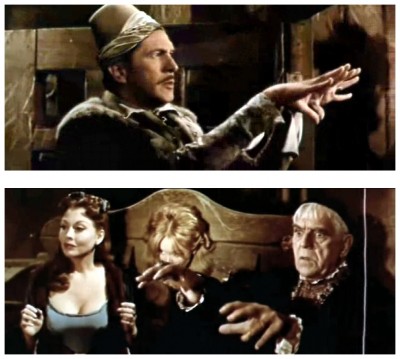 Price especially disliked the levitation sequences during the final duel: “Boris hated being strung up in the air on those chairs. He was terribly crippled and we were both floating in the air on these wires. It wasn’t a pleasant feeling, and I hated having that snake wrapped around my neck for two hours. I hate snakes!” In casting spells the wizards use several amusing Latin phrases: Veni vidi vici (I came, I saw, I conquered), de mortuis nil nisi bonum (do not speak ill of the dead), cave canem (beware of the dog), si vis pacem parabellum (if you want peace prepare for war) and ceterum censio Carthaginem esse delendam (Furthermore I believe that Carthage must be destroyed). The hostility between Lorre and Nicholson as father and son came from the actors themselves rather than the script, yet Nicholson always gave high praise to everyone he worked with on-set, except one: The Raven, which crapped on everyone, but especially liked to crap on him: “I would look down when the raven flew off my shoulder, and it would be covered in poop. I hated that bird!” 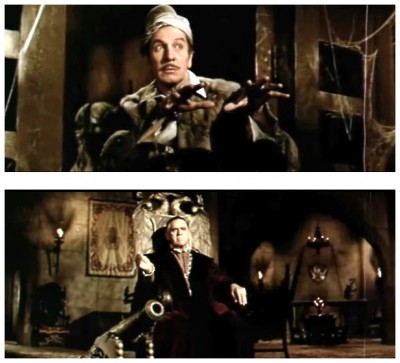 The film took the critics and the public by complete surprise and out-grossed all of the previous films in the franchise. When the picture was shown to the censorship board they not only approved it, they actually praised it, which pleased Corman no end. But the picture’s success cast some serious doubts about the future of Poe at the box-office. Abbott And Costello Meets Frankenstein (1948) had been successful too, but it was the kiss of death for the Frankenstein movies, and there wasn’t another one made for nearly a decade. Corman was afraid the same thing could happen to Poe, deciding to wrap up the series the following year with Tomb Of Ligeia (1964), arguably the best film of the entire franchise, but that’s another story for another time. Right now I’ll ask you to please join me next week when I shall discuss another classic for Horror News. Until then, good night and remember, as my old friend Bela Lugosi would say, “Bevare! Bevare of the big green dragon that sits on your doorstep, and the gifts it leaves on your lawn!” Toodles! 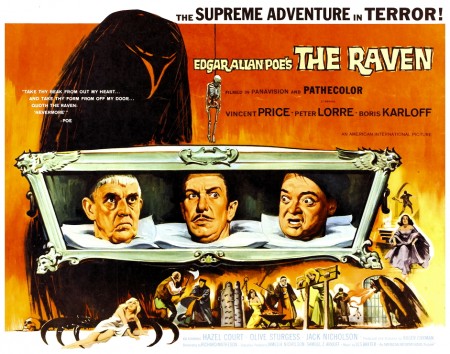 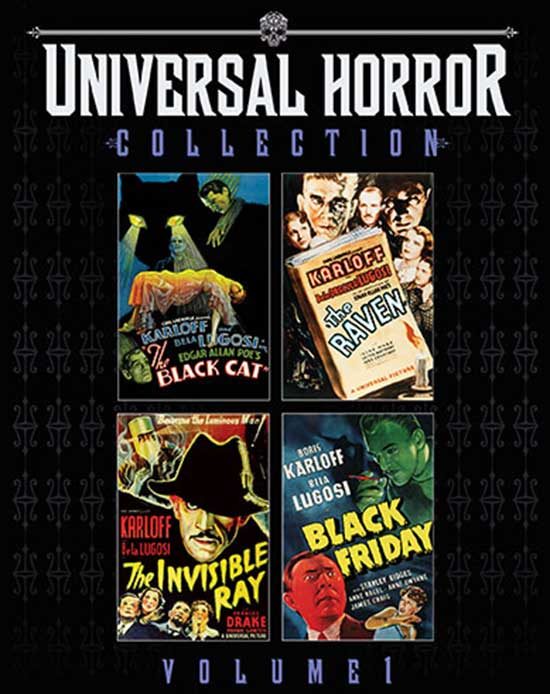 The Raven is now available on bluray per Shout Factory 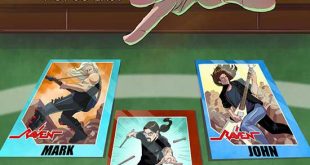