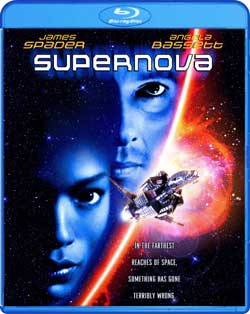 Supernova chronicles the search and rescue patrol of a medical ship in deep space in the early 22nd century and its six-member crew which includes a Captain and Pilot, a co-pilot, a medical officer, a medical technician, a search and rescue paramedic, and a computer technician. When their vessel, the Nightingale 229, answers an emergency distress signal from a comet mining operation in a distant galaxy, the crew soon finds itself in danger from the mysterious young man they rescue, the alien artifact he’s smuggled aboard, and the gravitational pull of a giant star about to supernova. The resulting explosion will be the most massive explosion in the universe.

While some might refer to “Supernova” as a lost gem, others might discount it as a bit of a mess. The film arrived in 2000. It also was a production that was noted to having issues with directors, casting, script changes, and overall direction. One might take these all under consideration and come to the conclusion that it provides insight into its somewhat “quirky” and often unbalanced end product. Others who didn’t bother with its history and process might find themselves garnering a special kinship to the story and character flaws.

“Supernova” for me, was always this kind of affinity. It’s first instance takeaway is that it does host a rather stellar cast of actors. If only to see a film that brought together some great talents, then Supernova does provide that. James Spader plays Nick Vanzant joining Angela Bassett as Dr. Kaela Evers, Robert Forster as A.J. Marley, Lou Diamond Phillips as Yerzy Penalosa and the lovely Robin Tunney as Danika Lund. Peter Facinelli is our resident antagonist Karl Larson, an unlikely villain who just manages to “squeak by” as believable.

It’s an outer space film combining action, adventure, and a touch of thriller/ horror elements. This all falling nicely under some great special effects work that really emphasizes the team’s talent for interstellar fx wizardry. 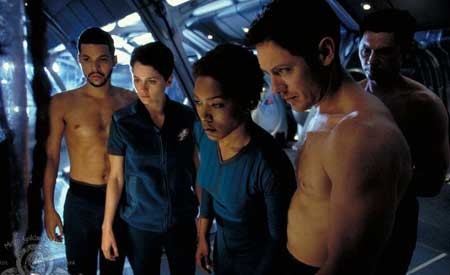 The film wastes no time into getting into its core plot elements. So much that the first act might feel like we perhaps missed an act. It’s reverse reveal does cover its tracks with establishing our characters, who they are, how they work together and what they are all doing out there once the film gets its grounding. Though it’s not done in the usual manner which combined with some disjointed performances feels almost culty and accidentally flawed (in a good way). We know we signed up for a thriller space movie. We aren’t as sure what to make of our characters interactions.

The Nightingale 229 (a medical ship) gets a distress call from a mining operation out of a distant galaxy. Marley and his crew decide to drop everything quickly jumping into hyper space mode turning it into a rescue mission. The “jump” works with the exception of the captain whose hyper space module malfunctions resulting in his barely-alive-organically-altered state. Needless to say, Robert Forster gets a very small role in the film. Left with the mission to carryout, Nick Vanzant (Spader) takes over as they push forward.

Now before and after we are granted more than a few “on board” sex scenes (that really only provide actress Tunney with a role that never offers her more than wide-eye looks and taking her clothes off). I never said that was a bad thing, but it does limit her contribution to the film. 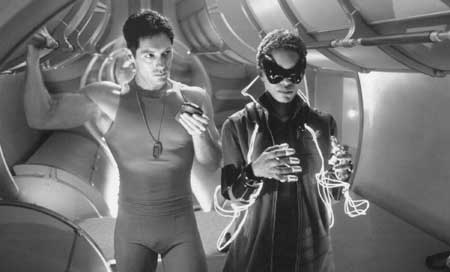 James Spader is surprisingly transformed in his appearance. Younger and obviously given the order to up his work-out regiment, one might at first glance not even recognize the new buffed up Spader. Vanzant keeps things solid, determined and mission driven. In other words, there is none of the usual snarky Spader humor to his character.

The team picks up Karl Larson (who just happens to be Dr. Kaela Evers former ex-husband). While under the notion that the team will only have 11 minutes to escape a “crash and burn” once the ship is recharged. That story element probably could have “been” the primary elements however it takes a different turn as we find Larson to be something more than he appears. Larson also managed to bring a intergalactic organic alien bomb on board with him. 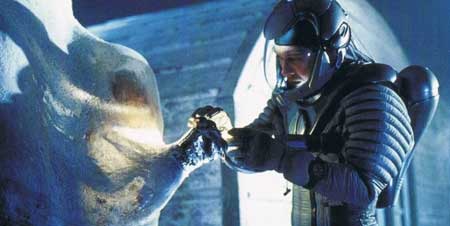 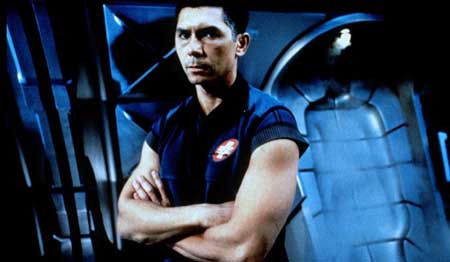 Yep….. there is much here to take in. The plot goes in different directions at times leaving behind important story points and directional avenues it began with. One might call it sloppy and odd. Me…….. I found it made for a more interesting slap in the face to our usual fare of predictable Sy Fy films. Maybe this is why 14 years later, I still find myself drawn back into watching this film for the 5th time.

“Supernova” is a stand alone film, whether that results in better or worse for viewers. The extras provide a great documentary on the production issues the film faced also providing a “free pass” on any misguided actor performances. I’m sure most of the film’s actors probably would rather forget the film (as indicated by really getting limited actor interviews on the piece). Though my guess is that you may just walk away from this film loving it for its quirks rather than discounting them. 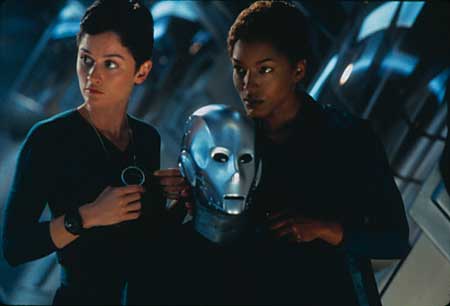 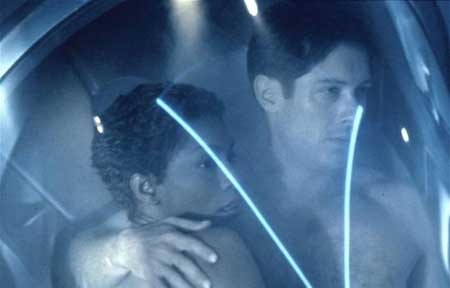 The film has been resurrected (at last) to bluray under the care of Shout Factory. You can grab more details on the “Supernova” bluray release here.