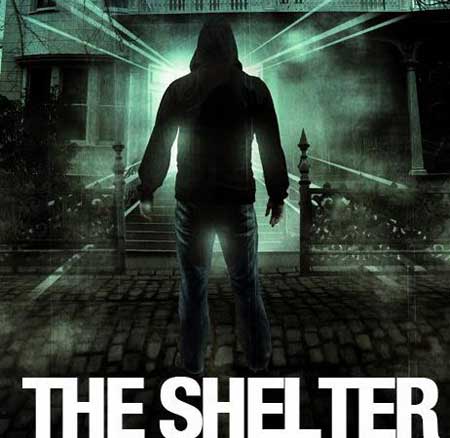 “Post Production on The Shelter with Holbrook Multi Media was educational and creatively stimulating. Editor/Colorist Bobby Holbrook and I came up with many visceral visual motifs for the film and sitting down with sound designer Colby Huvall was rewarding as well. The Shelter is a film that needed a potent sound design and I am happy to report that we have one and it meshes with the polished visuals beautifully. I am excited about the end result! Michael Pare is simply incredible in what I believe is one of the best performances of his career, the supporting cast lent him able support and the haunting music by Shawn Knippelberg and Colby Huvall was the cherry on top! It is now time to swim in shark infested waters and explore the world of sales/distribution!”

Chief Editor/Colorist Bobby Holbrook had this to say:
“It made sense for us to be involved in both sides of the film process since this is a unique story and needed to be woven together in a particular way, with many scenes requiring a different look. I shot with a Canon C300 using Ziess CP2 prime lenses, capturing everything wonderfully – from beautiful, wide lake shots, to cramped grimy alleyways, and the editing process consisted of fine tuning the look and feel John wished to convey. ”

Finally, here are Producer Donny Broussard’s thoughts:
“Working with the Holbrooks and John Fallon has been a pleasure and the post process was seamless under John’s direction. I can’t wait for people to see what John cooked up in his twisted mind! I am proud to have helped bring this film to life”

John Fallon directed The Shelter from his own screenplay, Donny Broussard (Little Houses) and Fallon produced the picture, Erin Bennett was the production manager, Shawn Knippelberg and Colby Huvall scored the film and Thomas Wilson (James Wan’s The Conjuring and Insidious: Chapter 2) handled the film’s VFX under his company NULL FX. The film was financed by Bruise Productions and JoBlo Movie Productions.

On a star filled night, widower and homeless man Thomas (Michael Paré) finds shelter for the night when he falls upon a vast two story house with the lights on and an inviting open front door. He strolls on in thinking he just caught a lucky break and for a while, it would appear as though he did. But soon enough, he realizes that the house won’t let him leave, as its doors are all locked while its windows cannot be opened or broken. Destiny has brought Thomas to this place. What does it want from him? Will he survive the ordeal?

The Shelter will hit the Festival circuit in 2015 and will be seeking worldwide distribution at the 2015 Berlin Film Market via Sales Agent DCMedias.

You can expect a new one-sheet, a full trailer and an Official Site to surface early next year. For now you can follow the film by way of its Official Facebook page: www.facebook.com/thesheltermovie