Horror-Fix Pictures in partnership with Silver Compass Studios is proud to announce the addition of Scream Queen Kaylee Williams to the cast of “The True Tale of Ole Splitfoot vs. The Lesbian Warrior nuns of the Great White North”.

As announcements continue to roll out about the highly anticipated film from director Massimiliano Cerchi and writers and executive producers Ash Hamilton and Ben Harl, news drops today of MAJOR casting additions.

The team is proud to announce Kaylee Williams (The Lashman, Teacher Shortage) has officially joined the roster. Kaylee comes to the film with over 63 credits to her name, largely in the horror genre, making her a perfect fit for the role of CeCe (aka Fanta-C), leader of the ragtag “Sisters of the Crooked Cross, a religious order of warrior nuns posing as strippers at rural Canada’s premiere gentleman’s lounge, “The Beaver, DAM!”.

Joining CeCe is Jeanne Young in the role of Dee (aka Double D-Licious). Jeanne has a long history in feature film and television including roles in The Infinity Project (2018), Where Sleeping Dogs Lie (2019) and Wives With Knives (2015).

Max Koch is best known for his comedy and impersonations, but his voice-over career is equally impressive. He has lent his talent to many recognizable characters including Mantis in Kung Fu Panda: Legends of Awesomeness, multiple characters in The Epic Tales of Captain Underpants, and is probably best known for being the official voice of Chester Cheetah.

Julie Ann Prescott (Ghoul, The Embalmers, 5G Zombies) is no stranger to horror. With an impressive 105 films she has contributed to she is nothing short of a prolific force in the horror industry. Julie joins the girls of the Beaver, DAM! as Cra-Z, a Canadian stripper who lives up to her name.

Newcomer Katie Schooley (Play with Me, Forgotten Family) also joins the fine ladies of the Beaver, DAM!. A natural screen presence, Katie has previously worked with Horror-Fix Pictures on their 2018 short film, Play With Me and has been the face of the film’s marketing initiative, serving as the project’s primary model on posters and other collateral. 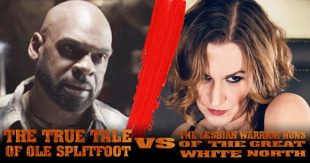 With a projected date of November 2020 for principal photography, audiences can expect to see the epic horror-comedy everywhere second quarter 2021

Join The True Tale of Ole Spitfoot vs. The Lesbian Warrior Nuns of the Great White North on Facebook here. Want to receive updates on the film? Visit www.horror-fix.com 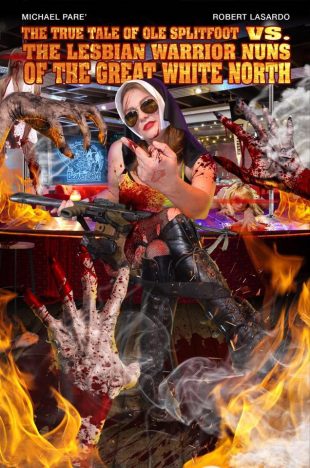