Detroit, Michigan-based electronic rock visionary Celldweller has announced the pre-order for “End of an Empire (Ch 02: Love).” The new release, “Love,” is the second installment of the boundary-breaking album, “End of an Empire.” The record pushes the limits of rock-driven electronic music while sending the listener into a frenzy fueled by adrenaline and emotion. The record is set drop on Dec. 5.

“End of an Empire is me, myself and I in my studio surrounded by lots of gear,” said Celldweller mastermind Klayton. “From the very first sound I lay down for a track to the final mastering, I’m in control over the final product.” 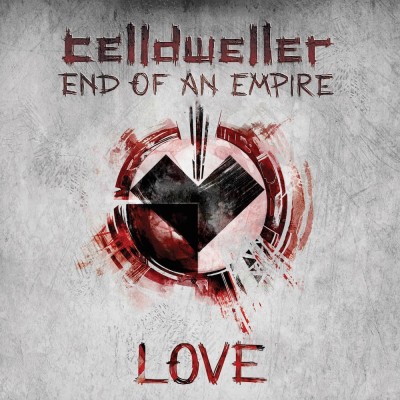 Celldweller is a #1 international selling artist in the iTunes and Amazon Electronic charts. His album, “End of an Empire (Ch 01: Time),” broke the Billboard charts with #15 on Billboard Electronic, and #32 on Billboard Heatseekers. Klayton’s music has been featured in hundreds of Film/TV/Video Game placements, such as Robocop, Pacific Rim, Dead Rising 3, along with many others.

For “End of an Empire (Ch 02: Love),” Celldweller has tapped an onslaught of premier artists for remixes on the record, such as Aesthetic Perfection, SeamlessR, KATFYR, as well as a VIP mix by Klayton himself.

“On the production side, a large percentage of the synth/sound design has come from racks and racks of modular/analogue synths and outboard gear,” Klayton said. “Although, the process of using hardware can takes longer, I end up with results that I couldn’t get out of software and I’m also having a lot of fun doing it.”

Tags Celldweller End of an Empire