The yarn “Werewolf Concerto” doesn’t rank among the top 10 EC Comics’ best horror stories, but the fun story crossed entertainment mediums twice, and the resulting adaptations were, well, entertaining. Nearly 30 years ago, HBO’s Tales from the Crypt featured an excellent live-action adaptation, and it wasn’t the first and final one. 2020 saw an audio drama’s arrival, thanks to Pocket Universe’s podcast/audiobook series EC Comics Presents…The Vault of Horror! 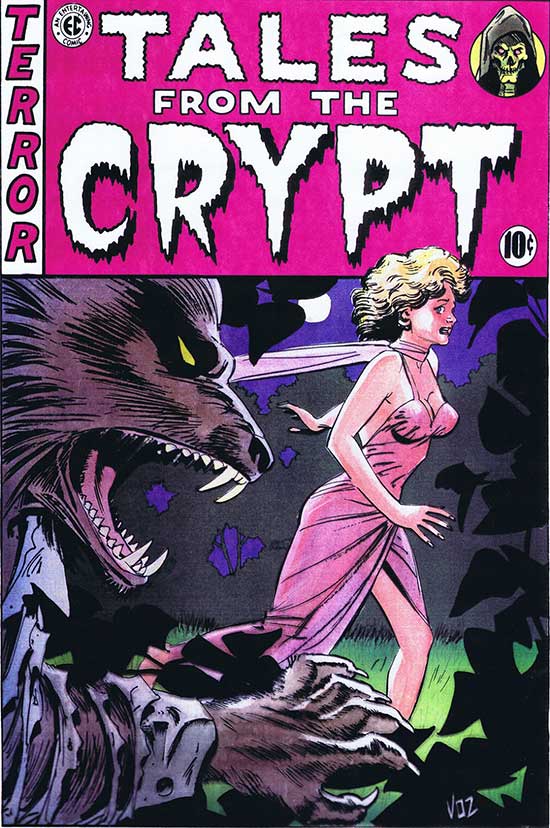 Both dramatized versions and the original short comic story bring something valuable to the horror table: a sense of fun.

Looking Back Inside the Vault

EC Comics’ massive output from 1947 to 1955 offered an incredible amount of material for movie and TV companies to mine. Other than the two films from Amicus, Tales from the Crypt (1972) and The Vault of Horror (1973), production companies weren’t beckoning. All that changed on June 10, 1989, when HBO’s Tales from the Crypt series debuted. “Werewolf Concerto” does rank as one of the finer episodes. 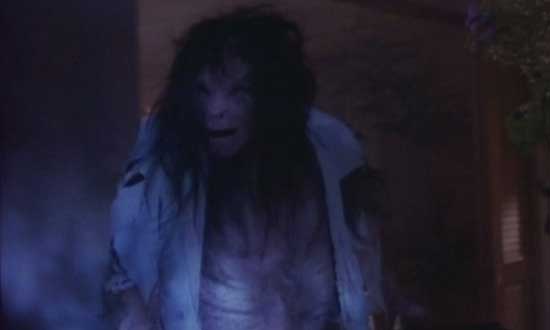 Horror and crime comic anthologies enjoyed their heyday during the late 1940s and early 1950s. As superheroes waned, monsters and detectives were on the ascent. Not surprisingly, traditional creatures made popular comic book subject matter.

“Werewolf Concerto” made its literary/sequential art publication in The Vault of Horror #16 (Dec-Jan 1950), a very early Vault issue, as the comic started with #12 (Apr-May 1950). There were no issues #1 – #11, as the title began as War Against Crime! The Vault Keeper, a somewhat more lighthearted character than the Crypt Keeper, debuted in War Against Crime! #10 (Dec 1949), setting up the new series two issues later. Why no issue one? In the 1950s, William Gaines, Entertaining Comics’ publisher, found the comic industry’s distribution landscape made it easier for companies to change a title’s name and continue the numerical issue progression rather than launch an all-new series with a first issue. 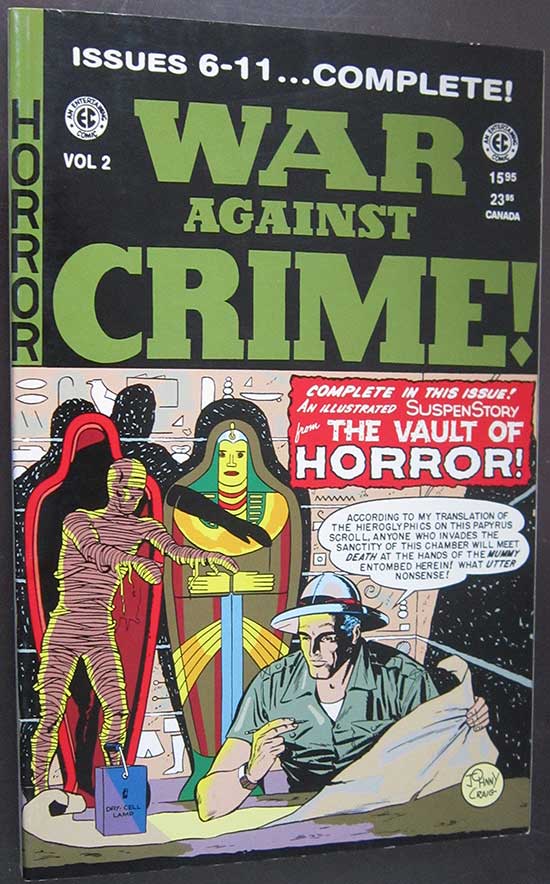 Tales from the Crypt was EC Comics’ top horror title, but there were no radical departures in style and tone among the publisher’s horror titles. While the Crypt Keeper, the Vault Keeper, and the Old Witch did possess unique personality traits, the “EC approach” remained consistent across the books. EC Comics’ storytelling set the comics apart from competitors, as the publisher Gaines, editor/writer Al Feldstein, and a host of talented artists, such as Johnny Craig, Graham Ingels, Jack Davis, and others put tremendous heart and soul into their work. Unfortunately, EC Comics would get carried away with the violence level now and then, contributing to the company’s undoing.

“Werewolf Concerto” by writer/artist Johnny Craig reflects an early stage of EC Comics’ creative style. The writing and storytelling would evolve over the next two years or so, with the creative team members eventually hitting their stride. “Werewolf Concerto,” like other 1950 EC stories, delivered on horror comic fans’ expectations while working the stories to be more than disposable entertainment.

“Werewolf Concerto” strives to offer a traditional monster within a somewhat odd setting and premise. Early on, Vault frequently used traditional monsters and werewolves in particular. This time, the story comes with a comedic touch.

“Werewolf Concerto” reveals the woes of an Eastern European hotel suffering from a potential business catastrophe: guests intend to leave the hotel unless the owner does something about the series of murders, murders possibly committed by a werewolf. (Apparently, the whole sordid and supernatural affair isn’t bad enough for the guests to leave right away)

To reduce his guests’ fears about possible slaughter by way of werewolf, the hotel’s owner, Hubert Antone, offers a local virtuoso piano player, Madamoiselle Micheline, a free room if she will move in and entertains the guests. She must be a fantastic piano player since her music helps the guests somewhat forget about the murdering werewolf. 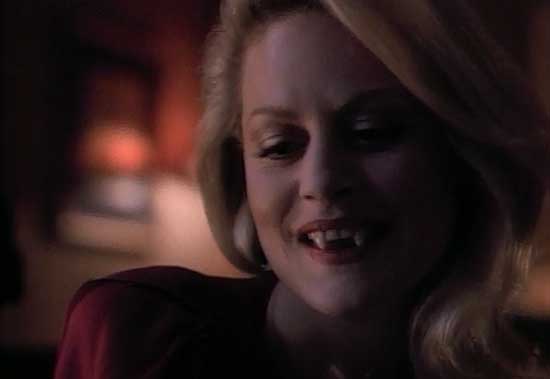 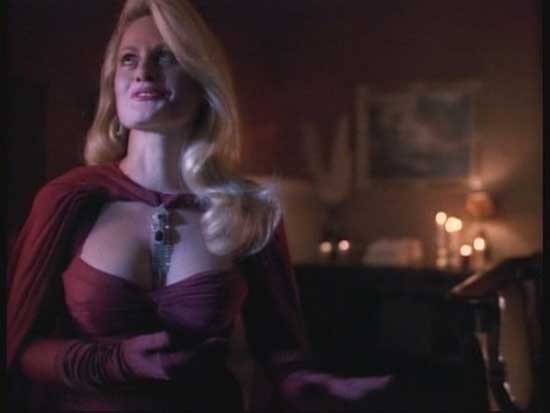 “Werewolf Concerto” builds a fun little mystery, leading the reader to ask several questions: Who is the werewolf? And, for that matter, is a werewolf truly behind the murders? What all the weirdness surrounding Madamoiselle Micheline’s strange behavior? She moves in mysterious ways and seems to be hiding something in her room, making it well known she doesn’t want anyone prying.

An EC Comic wouldn’t be an EC Comic without a twist ending, and “Werewolf Concerto” opens the blinds on Micheline’s mysterious nature in the final twist panel and catches the werewolf and reader by surprise.

Through its proceedings, “Werewolf Concerto” bounces between humor, horror, mystery, and satire. Unlike several visceral EC Comics tales, this story has a lighthearted edge. The tale’s “fun factor” likely made it appealing to HBO’s Tales’ story department, so “Werewolf Concerto” got a green light for production on the series. The teleplay version, the product of writers Scott Nimerfro, Steven Dodd, and an uncredited Rita Mae Brown, made several changes for the better when bringing the story to life.

Could the HBO series’ creative team take such a basic and somewhat silly story and make it both effective and memorable? Yes, they scored a homerun delivering one of the series’ more enjoyable episodes, originally airing on September 9, 1992.

The Tales’ script made several improvements over the original tale. The most beneficial change centered on creating a new character, a werewolf hunter named Lokai, played brilliantly by Timothy Dalton. The screenplay peppered several red herrings and mysterious werewolf suspects into the story, adding to the mystery. 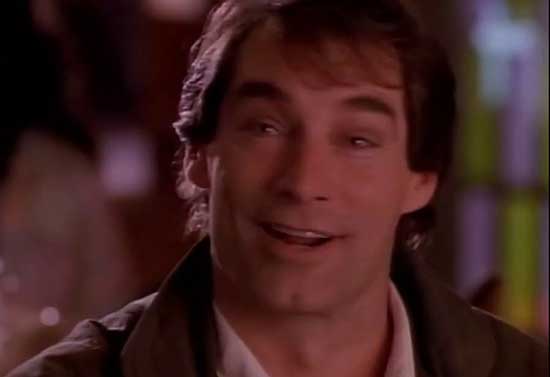 Beverly D’Angelo plays concert pianist Janice Baird, Madamoiselle Micheline under a new name. Baird maintains the mysterious aura initially present in the comic story, but the episode’s twist ending comes off far less overtly choreographed and predictable. Astute viewers may still figure out how the twist plays out. Anyone who pays close attention to a dialogue exchange between Dalton and D’Angelo may pick up on a big hint about the ending. The twist ends up given away before the big reveal when the nosey werewolf opens up Baird’s very special piano. The suspense doesn’t go away, as the viewer still has no idea how things conclude. The episode retains its suspenseful tension, and offbeat humor, to the end.

The episode retains the comic story’s satirical nature, and the actors often play their roles for melodramatic laughs at times. The werewolf never loses its menace, though. The opening, ultra-violent scene establishes the monster as legitimately threatening. The werewolf’s specter reminds the viewer that horror hangs like a dark cloud over the humor. “Protecting” the werewolf’s menace allows the horror/humor balance to work.

Listening to the Werewolf Concerto

Kevin Grevioux brings the Vault Keeper to life for the first time, as the Amicus film inexplicably did not feature the character. Grevioux’s booming voice infuses the Vault Keeper with personality and humor, providing an excellent lead-in to the stories.

With episode 9, the series unleashed its version of “Werewolf Concerto.”

Hubert Antone and Madamoiselle Micheline return, as this “Werewolf Concerto” stays close to the comic book narrative. The radio dramatization does make some changes, such as moving the location from Hungary to Austria, but it is an otherwise overall faithful adaptation. Don’t expect a werewolf hunter character. Tonally, the Pocket Universe production takes a far broader comedic approach than the illustrated tale. Then again, could you possibly craft a somber tone when chronicling a hotel manager’s decision to hire a pianist to distract guests angry over a werewolf’s constant rampages? 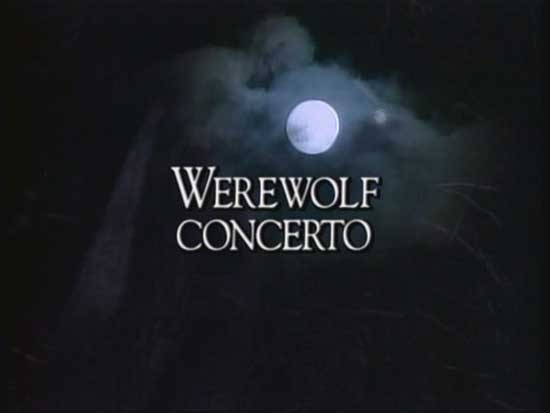 The twist ending receives a slight change from the original story and the Tales adaptation. The ending goes on a bit longer and comes off as somewhat evocative of the classic yarn, “Midnight Mess.” Originally published in Tales from the Crypt #35 (Apr-May 1953), “Midnight Mess” served as the first tale in Amicus’ Vault movie. Nothing more to say because who wants to spoil the ending for those who haven’t seen, read, or heard either story?

Ironically, the original short came when the curtain started to slowly come down on the Golden Age of Radio, an era when the airwaves boasted several horror, mystery, and science-fiction series. Thanks to podcasting, radio theater makes its return, and EC Comics Presents…The Vault of Horror! is among the best series available.

“Werewolf Concerto” ranks as an oddball entry in EC Comics’ publishing history, one that combines weird humor with visceral horror. The mix works, and maybe decades from now, we’ll see (or hear) another adaptation. 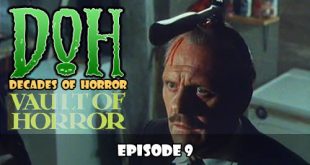