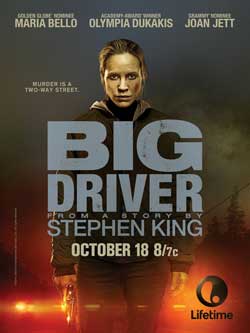 A famous mystery writer sets out for revenge after a brutal attack.

In Stephen King’s revenge tale, Big Driver, our hero Tess makes a disparaging comment about the output of cable channel, Lifetime. She relates on what’s happened to her within the story and fears that it will make up the narrative of one of their true story movies of the week. And as such, cheapen and lighten the horrific ordeal she’s been through. It’s hard not to think about that line when you watch Big Driver: the lifetime adaptation of the aforementioned novella by Stephen king, directed by Mikael Saloman who gave us the rather entertaining Freezer and Hard Rain. 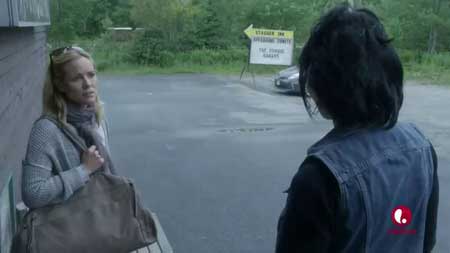 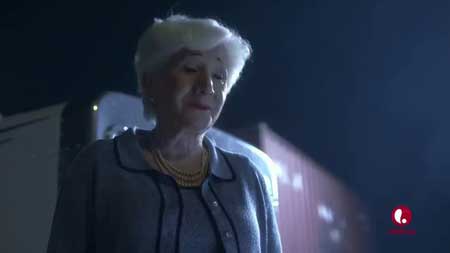 Tess, played by Maria Bello (Prisoners), is the writer of a popular series of quaint murder mystery novels. In between writing, she makes public appearances to talk about her work and muses. She’s bubbly, she’s charming and she’s also kind of lonely. Aside from her next door neighbor, Tess’ only other companions are her cat and the GPS system she calls Tom and talks to like a real person. After an accident leaves her stranded on the way back from a gig at a library, Tess is kidnapped and brutally raped by the titular Big Driver (Will Harris). Left for dead, she returns home to think about her next step.

It’s at this point Big Driver wants to say something about victim blaming: a culture that’s all too prevalent thanks to social media. In the hours after her assault, Tess begins to fear the way her story will be told in the press and the comments that will hound her. Even if she’s believed, the story will follow her for years and overshadow her work. More importantly, the rape will end up defining who she is. And so she crushes her emotions into ball, pushes them to the back of her mind and wraps herself up in the imaginary arms of her creations, who all agree she needs to get her revenge. Using the detective skills she writes about in her cozy novels, Tess sets about trying to find the man who hurt her. So, out with the introspection, in with the exploitation and Big Driver starts to come undone. 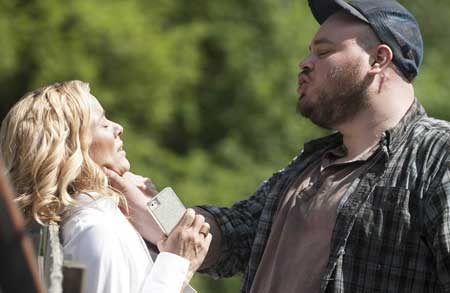 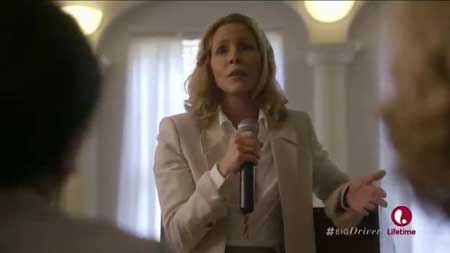 Bello’s performance is decent enough for a role that sees us never leaving her side, but the film as a whole is overwrought with emotion and green tinged lenses. As she digs further into the history of Big Driver, she uncovers some secrets that set us down the path of the exploitation genre. Except not really. What we have here is I Spit on your Grave, sanitized, scrubbed down and fed to the public as an evening drama. From Tess carrying out her plans, to the secrets in Big Driver’s basement, through to Joan Jett cameoing to give a stirring monologue about domestic violence, Big Driver amounts to nothing but abuse P*rn.

Whilst the ending is irksome enough with its boil in the bag resolution, there’s something unnerving about Tess’ development as the film leaves us an NRA gun carrying moral that the only way to combat any form of crime is through violence. This shoot first, ask questions of morality later is compounded by a scene where the death of an innocent is resolved by some huge dollops of inane coincidence. And on top of all this, it is very boring. 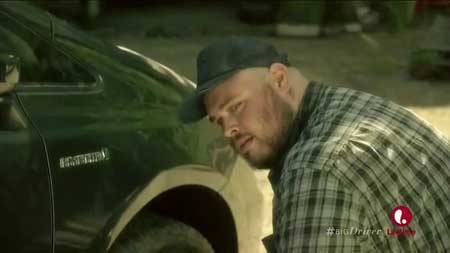 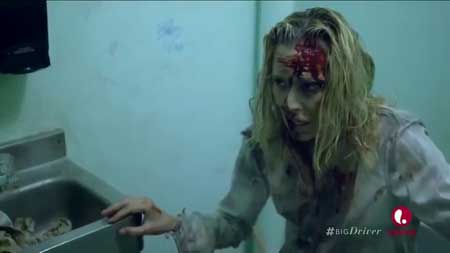 Big Driver is frankly a bit of hot mess that rolls the usual clichés, bulks them up with violence and screaming and the ideology that everything is going to be okay because the bad guys always lose. It feels like the whole film is merely some naughty treat to nibble on when non-one’s looking. The kind of film that hangs its narrative off a social justice hot topic to justify the unsatisfying nonsense that comes with it. The kind of film some people will watch so they can say confidently, ‘I’m glad that wasn’t me’ as they switch over to watch Keeping Up with the Kardashians or Khloe and Kim in Beirut or whatever else is filling up the schedules.