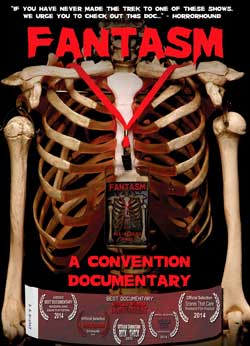 At 15 years old, Kyle Kuchta went to his first horror convention. Years later, he visits multiple cons to understand why these gatherings are so important to horror fans, vendors and celebrity guests.

All documentaries have a purpose, whether it be exposing human rights atrocities, discussing gun laws or showing famous cyclists to be the drug cheats they long denied they were. I’m sure I’m not shattering any long held beliefs on that one. But as well as vessels for social justice, they can be a celebration of the good things in life. Enter Kyle Kuchta and his documentary, Fantasm, a love letter to the horror community and, in particular, the conventions we all pay good money to go to.

It’s a highly personal documentary. From the beginning, Kutcha brings us in to his world having been exposed to horror at young age, with Zack Snyder’s Dawn of the Dead making a huge impression. He loves his horror, he loves his film making and his enthusiasm is infectious. He’s like a twinkly-eyed, bearded child and impossible not to like. Filmed over several horror conventions, including Rock and Shock, Monster Mania and Horror Hound Weekend, he bounces around talking to stall holders and attendees about why they keep coming back again and again. He also manages to bag some time with the likes of Lloyd Kaufman, Heather Langkamp, Tom Atkins and Amanda Wyss, who share their own experiences of conventions and meeting the fans. All of which, it should be noted, are all positive. 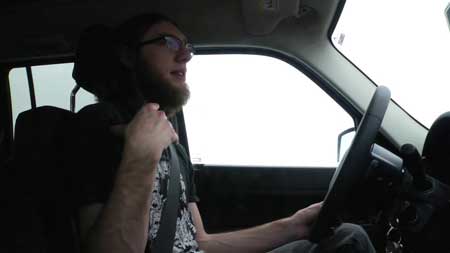 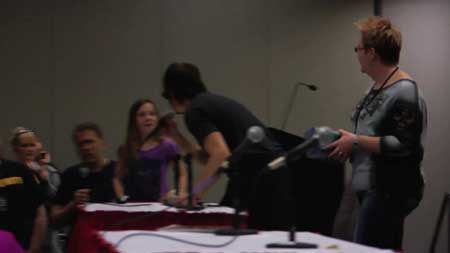 There’s a definite charm to the flag-waving passion on show. This is a rough and ready documentary with its shoe string budget being worn on its sleeve. Plus as it barely clocks in at 60 minutes, you’re in and out before you’ve had time to digest your popcorn. So essentially if you’re looking for a quick shot in the arm to confirm your reasoning as to why your part of the horror community, then Fantasm is definitely one way to go.

At the same time, to offer some constructive criticism to Kutcha – who, I repeat, seems like a lovely guy – Fantasm needs to be more than just a giant love-in. For example, a point is raised that mainstream genres don’t have the same tenacious devotion when it comes to conventions. Something which would have come as surprise to member of the Sons of the Desert. Either way, it’s the perfect springboard to explore that issue. Something of which Fantasm only just scratches the surface.

It probably says something about how much access he was able to get during each convention, but there’s very little discussion about the workings of your average convention. Yes, the stall holders get the spotlight thrown on them, but what about the people who organize these events? The people whose very jobs are, like a roadie’s, there to ensure everything runs smoothly, without being seen. Without these people, there wouldn’t be the conventions for us to gravitate towards. 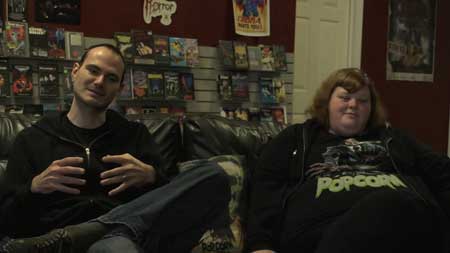 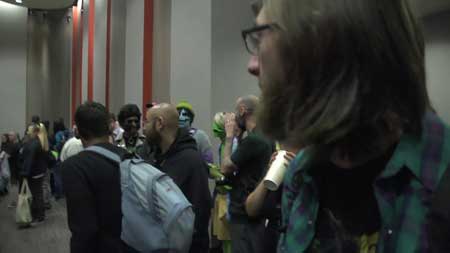 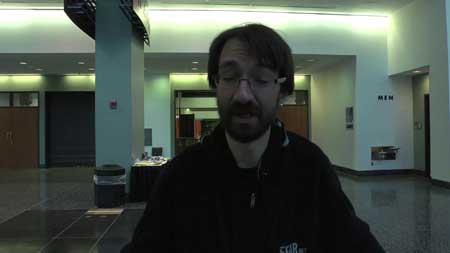 However, if all that’s not possible then even at 55 minutes, Fantasm could do with tightening up. There are several scenes of Kutcha walking around, camera in hand, with nary a voiceover in place to give the footage context. There is a moment when Kutcha can be seen looking out of place. He shyly hangs at the back of a room, not interacting with anybody. This section stuck out and seemed to be in sharp contrast to the previous talking heads about inclusion, family etc. Maybe there was nothing wrong. Maybe it was just there to pad out the film. Either way, it felt awkward and I didn’t understand its purpose for being there.

When all is said and done though, Kutcha’s heart is in the right place and the fact he doesn’t have any agenda outside of backslapping his fellow horrorphiles, means Fantasm shouldn’t be scrutinized in the same way as you would Blackfish or The Armstrong Lie. It’s sense of community spirit makes it hard not to get caught up and start looking for the next horror convention yourself. One last thing though. It was mentioned that no one could buy and wear a Matthew McConaughey hoody. Two words, my friend: Challenge accepted. 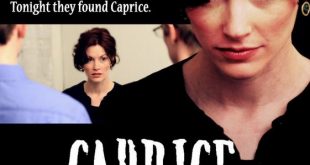