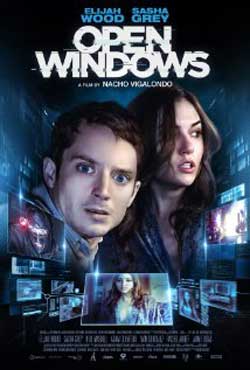 A jilted fan is pulled into a a world of cat-and-mouse danger after accepting an invitation to spy on his favorite actress via computer.

Never before have we been more obsessed by celebrities. Since the times of Marilyn Monroe and James Dean the public have always wanted to know the intimate details of the stars we see on screen. More recently with the leak of celebrity nude photos and the paparazzi’s feverish hunt for the next celebrity breakdown it seems a perfect time for a thriller about the subject. Open Windows directed by Spanish director Nacho Vigalondo is a film of its time, focusing on celebrity and technology it uses these two themes to tell a horror/thriller that excites but at times confuses. 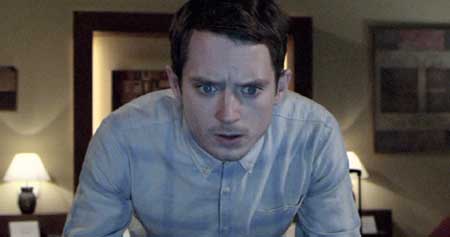 Elijah Wood plays Nick Chambers the films nerdy protagonist who runs a fan site for the famous actress Jill Godard (Sasha Grey). Nick wins a competition to meet Jill and arrives in Austin for the premier of her new film. In his hotel room a hacker named Chord talks to Nick through his computer, telling him the competition has been cancelled but all isn’t lost – Chord shows Nick he can hack into Jill’s phone and view all her private messages, photos etc. One thing leads to another and as things get darker the mysterious hacker turns from friend to foe, threatening Nick into carrying out his master plan. 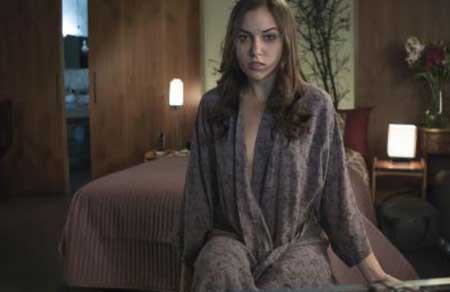 Open Windows is reminiscent of many thriller/horrors that revolve around an all seeing all knowing god-like figure who controls a poor unsuspecting sod into doing dark deeds. Open Windows tries to separate itself from the pack by having the entire film viewed through computer screens, mostly on Nick’s computer. This isn’t the first horror film to use this gimmick (The Den (2013)  and Cybernatural (2014)) but the technology in Open Windows seems so high tech that at times I felt like I was watching a science fiction film. Chord hacks so many cameras using such a multitude of different camera angles that the film’s use of surveillance becomes an unbelievable mess. An example of this is when we see a 3D rendering of a person in a car boot (through cameras in a bag) while the car is in motion?! I’m no techie but all this mumbo-jumbo would have a better fit in Star Wars. 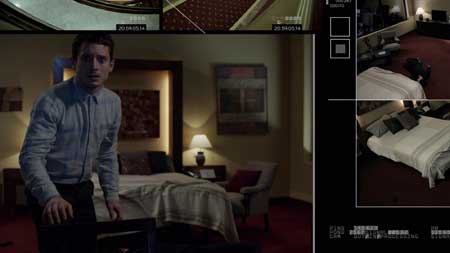 Elijah Wood is having some what of a renaissance in horror with the gruesome yet fascinating remake of Maniac (2012) and the thriller Grand Piano (2013) (which has a strangely similar plot to Open Windows). Wood is awesome as always in this film, playing the do-gooder trying to save his favourite actress and carries the film with ease. Unfortunately so much of the films empathy is focused towards the actress Jill (played with little to no energy by Sasha Grey) who isn’t likeable in the slightest and when Wood isn’t in frame my care factor for the film declined. The strongest scene in the film is the online interaction between Nick and Jill, where Nick is being forced to blackmail Jill to strip in front of the camera. This is such a topical subject and the way it is handled in the film is well done. 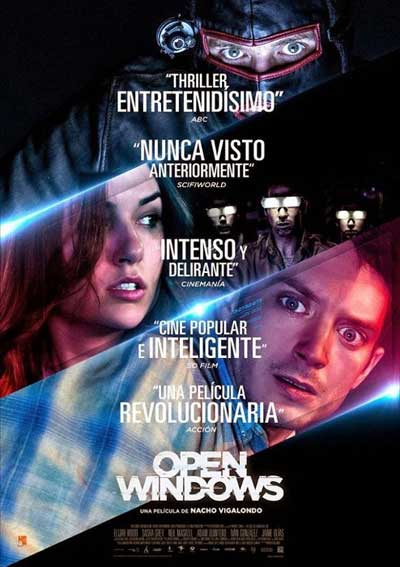 As a thriller about celebrity and surveillance Open Windows sets up its first act with intelligence and hints of Hitchcockian fun. Yet director Vigalondo seems to lose control of the narrative when any remnants of mystery is zapped by the end of the film. What starts as a tight thriller turns into a jumble of strange twists, odd exposition and a weird character choice involving a group of French hackers. 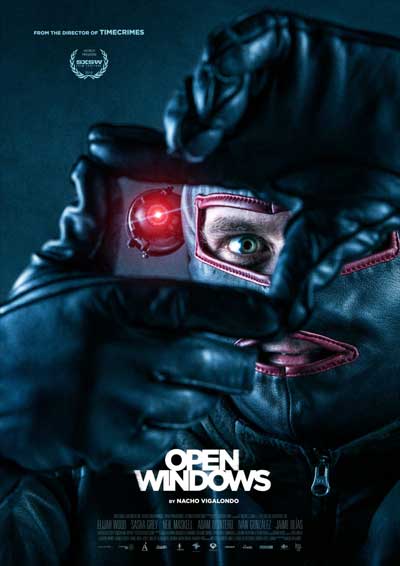 Recently I did a review for The Den released this year with a similar premise in which you see all the action on a computer screen. The Den plays its narrative small which is the key here whereas Open Windows reaches for global conspiracy theories which don’t land and only serve to confuse. Sometimes going big isn’t the answer to increasing the dramatic tension, small scale scares work just as well and even better. Using the computer screen as the medium to show the film, it suggests that we as the audience are right there with the main character so when that intimacy is gone Open Windows just becomes your run of the mill revenge thriller.

Open Windows will be available on Bluray Jan 2015 from Cinedigm