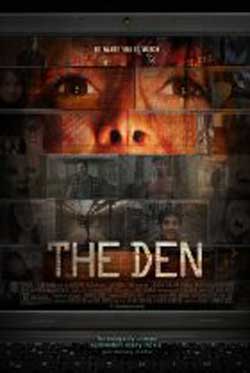 A young woman studying the habits of webcam chat users from the apparent safety of her apartment witnesses a murder.

You know what! I love being surprised by a good horror film. A lot of the time you usually hear buzz about a horror, check it out and either be blown away or disappointed. Coming to The Den I was clueless as to what the movie was about but as soon as it began it dragged me in and didn’t let go. The found footage craze has become very popular in the horror genre in the last 5 years, ever since Paranormal Activity.

Once Paranormal Activity was released we all know it made a killing from such a small budget and it was huge in the horror and film community. It seems since then other filmmakers have been trying to match its formula with hits and misses. So you can imagine when the film started and I saw that it was found footage I was hesitant as to what I’d got myself into. 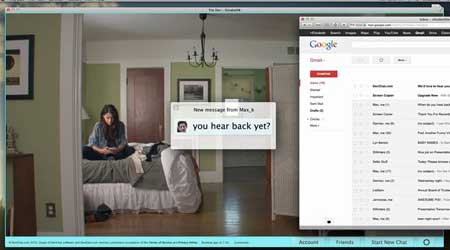 The film is shown through windows on computer screens, mobile phones and webcams, which does take a bit of time getting use to. However because of our constant use of technology this format doesn’t seem too jarring and lends itself nicely to the themes of the film. The Den introduces Elizabeth, a media grad student, who is doing a research assignment on online activities and uses a software called ‘The Den’ (similar to Chat Roulette) to talk to people around the world and record her interactions. As she gets more and more involved she comes across a live video showing a gruesome murder of a girl. She starts to investigate and enters a dangerous game of cat and mouse with the killer. 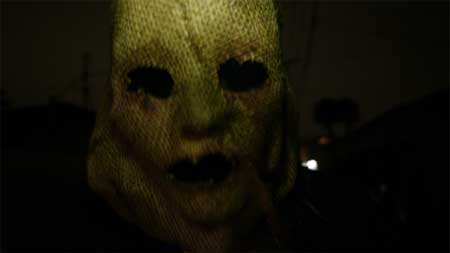 This is director Zachary Donohue’s first feature film and his use of the found footage technique is extremely smart and intuitive. I’m sure there are many technical faults in the film, like “that computer could never do that” etc but it’s testament to the film that I didn’t bother to question the logic but rather accept the narrative. The slow introduction does help introduce well-rounded characters and build the atmosphere of the film. It was also a nice touch when Elizabeth is using The Den that the other users were very similar to people you would find on Chat Roulette (including the weirdos and perverts). Once the horror starts to unfold there were definitely times I had to distance the screen away from myself because the action in the film was becoming too unnerving. 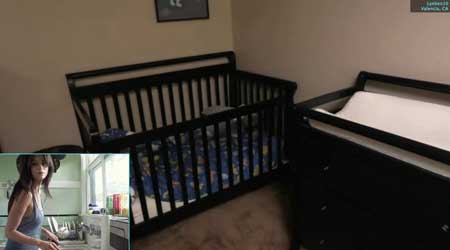 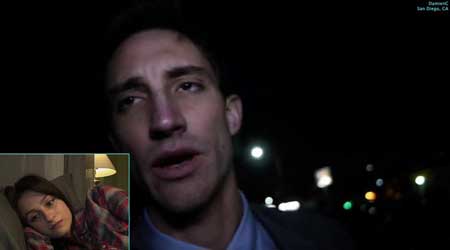 Particularly in one scene in which Elizabeth investigates her friend’s house using her phone and with the technique of found footage it felt like I was right there in the room with her. As the film entered its final chapter I was quite shocked at the brutality that occurred which was only made possible by the strong acting of the leads. It was a nice change to be watching a found footage horror and want the protagonist to survive. Once again it’s Donohue’s skill as a director to make us root for the characters. The film also does have some great and gruesome kill scenes for all you gore lovers. 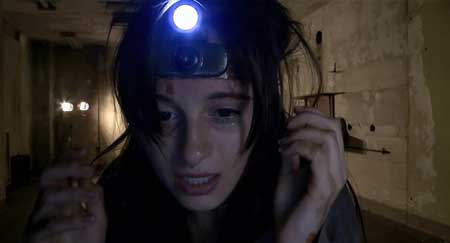 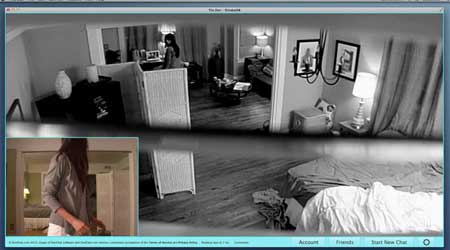 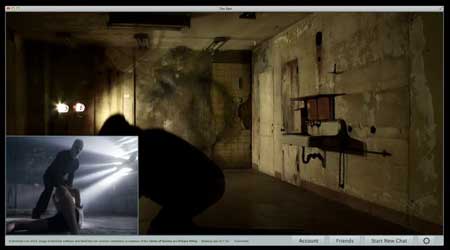 However like a lot of other found footage films The Den struggled with finding a suitable ending. A common theme in found footage is to have a snappy ending which leaves the audience shocked and wanting more (see Blair Witch). However The Den decides to take another path in which motives of the killer are explained. The film felt like it separated itself from all the action that had happened before to give an explanation to the audience, which I believe, wasn’t needed. Sometimes the mystery can be just as enticing rather than knowing all the information. The last scene does make a strong commentary on our internet obsessed culture but didn’t really make me go ‘WOW’ like I’m sure Donohue was hoping for. However it was the journey in The Den, which was the important part, and it definitely was one worth taking. 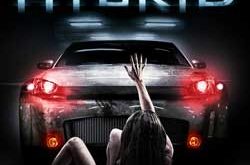