Seven years ago, a man convinced Lucifer was within him brutally murdered his wife and child. Now, Eric and Hayley move into the same house after years of being left unsold on the market. They think they got a good deal with the house, a bargain in fact. But what they don’t know is that evil still lurks within the house and is awaiting more souls to take.

Horror aficionados can appreciate the concept of a film being labeled “so bad it’s good.” Respectively, we also understand that the same movie walks a precarious edge, teetering on the brink of “so bad it’s bad.” Both are capable of gaining guilty pleasure status; ask anyone who could watch 1974’s“Killdozer” every day until the end of time. Perhaps that’s just yours truly, but I wholeheartedly concur with the sentiment I’m expressing right now.

Sometimes features are bad in a way that warrants neither the respect nor commitment of elaboration. An aloof “sucked” and change of topic is a deserved review, if the garbage in question is notable enough to be brought up in the first place. Since dedicating hundreds of words to one slang verb and burning up the remainder describing my theory of how “Killdozer” is an allegory for nature’s retaliation against deforestation would be frowned upon by the boss, away I go.

From our friends in Great Britain arrives “Lucifer’s Night,” a tawdry haunting/possession retread of familiar themes harboring a bizarre obsession with unnecessary sexual assault (more ridicule on that later). No cliché or poorly delivered line of formulaic dialogue is left to slumber peacefully in obscurity here, dusted off and unleashed upon the masses. If motion pictures were edibles, this would surely be cud.

We begin with a prologue straight out of the B-movie handbook, as the mumbling Elliot Mandre (Tony Manders) draws Satanic symbols on the floor in chalk. Wife Miranda and son Smithy (Kate Lush, Alan Harding) lie bound and crying, and before you can say “I know where this is going,” it goes there. Elliot stabs his family to death, chanting incoherently and tossing around a few barked orders to insure us that he’s under the influence of a force he cannot control: Terrible writing.

After seven years empty, the Mandre home is purchased by Eric and Hayley Jones, who could care less about the ritual murder/suicide that had taken place there. You know your leads are off to a rocky start when they confirm the idiom “There’s a sucker born every minute” upon first entering frame. As the couple, Seth Papworth and Becky Fletcher make the most of characters devoid of motivation, yet lack discernible talent beyond raising the volume of their voices. They are outshined by Faye Goodwin as young daughter Penny, who projects eeriness alongside a tendency to rattle off longer spiels in an obvious attempt to get them out before forgetting anything. Allowable for a child performer, but she isn’t the only cast member guilty of it.

Sorting through items that had been left behind, Eric suffers a paper cut from Elliot’s journal of demonic scribblings that happened to be lying around and presumably deemed not evidence in the whole triple homicide investigation deal. Fair enough, we’ll just pretend every officer on the scene was legally blind. His behavior grows aggressive, berating Penny for acquiring an imaginary friend named Smithy.   The elder Joneses experience visions of their own, he of Elliot and Hayley of. . . say it with me, friends. That’s right, Miranda, who warns that their lives are in danger. Yes, I know you know where this is going. I already told you that.

Hayley is first contacted by the spirit via a homemade Ouija board, prompting her to consult a psychic and therefore render the previous scene pointless. This tact proves less fruitful, as we’re treated to professional clairvoyant Julie (Victoria Kempton) losing her shit after two minutes within the joint and blazing a hasty exit, shrieking “The house is evil!” I certainly hope she wasn’t paid up front. In her defense, she returns later to provide detailed instructions for how to vanquish the malevolent forces, though this is in lieu of the fact that the woman clearly has zero experience with such matters. If she had, she wouldn’t be out a pair of unsoiled granny panties.

Once the patriarchal poltergeist (or Lucifer, or who-the-hell-ever) commences possessing every living male capable of maintaining an erection who crosses the threshold, “Night” stumbles into low-rent exploitation territory that can only be described as “rapey.” Penny’s babysitter is violated by her boyfriend, and he chases her out of the house to never be heard from or spoken of again. Just as well, since it isn’t long before Eric catches the forced carnal knowledge bug, setting his sights first on friend Crystal (Samantha Orpe) before preparing a ceremony to impregnate his wife with the anti-Christ. It isn’t explained why Elliot didn’t cut out the middle man and complete this task when he had the opportunity seven years prior, but I suppose even ghosts are allowed to alter plans on the fly. Why all the sexual violence towards women? Don’t ask me. The first two incidents don’t qualify so much as plot devices as they do perverse wheel-spinning.

Scott Jeffrey and Henry Smith direct from a screenplay by Louise Bennett and Tyler-James (It took four freaking people to create this?), and all are firmly rooted in the beginner’s level of play despite a smattering of short film credits. A moment or two manages to elicit minor chills, but only by aping similar scenarios in better productions. More than once, “Night” flirts with outright plagiarism.

To smack around the likes of “Lucifer’s Night,” is almost as futile as the “rapiness” (feel free to use that) of the overall venture. Bad is as bad does, and that’s all I have to say about that. But “Killdozer,” I tell you. Now, that’s a flick. 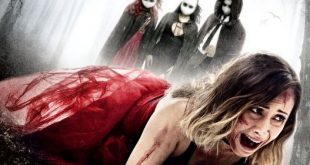 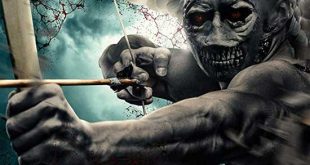 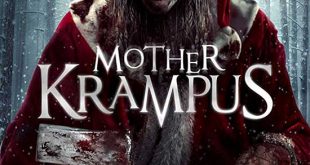 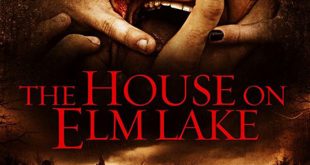