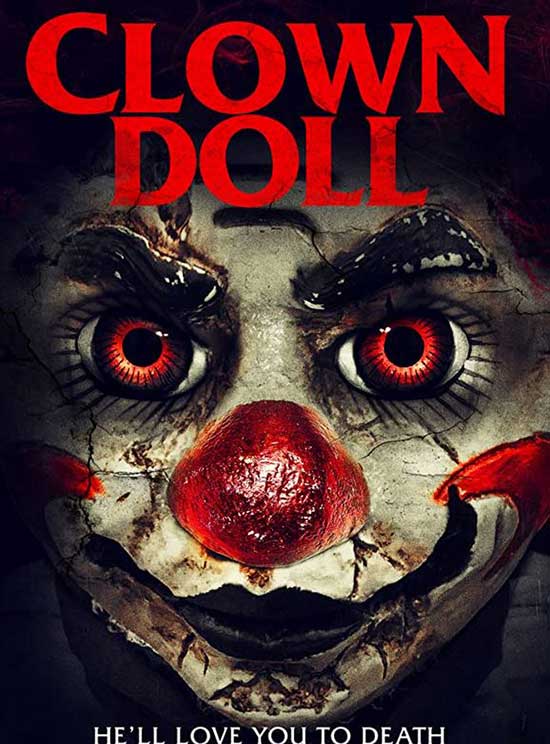 After purchasing a doll, Lane’s life takes a turn for the worse when close friends and family begin vanishing.

Not great…not completely unwatchable either. Its got a “cheap” feel to it. Poorly written script (like why in the hell would she buy the doll in the first place?). The acting feels forced and wooden. None of the characters have any depth and have not been well thought out. The subplot of her being pregnant with her step brothers child is lame. Worse, the clown is just not scary. Its clearly a man dressed in a clown suit pretending to be a doll. It’s stupid. I made it all the way through and there were a couple of decent practical effects but overall this is poorly done. Look elsewhere for clown scares.

If you think about clowns they are kind of NOT SCARY. And yet, we have “It” showing us they are but are they? This clown is pretty rough and tumble. There is a repeated loop of him rocking in a rocking chair. There is nothing inherently creepy about this but it does build suspense. AS it turns out she is very cruel and we see the result of him in carnage.

I didn’t get any goosebumps on this one. I think they relied too much on the fear of clowns. What this film lacked was a killer heart. Instead we have a slow movie, with hardly any effects. I hate it when people make a judgement about this clown. He is ill-defined. There is a backstory but it’s quite scant.

The kills remind me of the most basic boring script. I’m sorry to say this one is very low quality and not one I would pay to see.

In the first few minutes of the movie we see a clown doll kill a bunch of humans who work very hard to keep their back turned to him and ignore him, despite already seemingly knowing he is a killer doll. This continues throughout the movie right up until the end, when the killer doll is walking towards someone and the protagonist merely states “move, you have to trust me, move”. It is about as bad as a parody. As far as the rest of the film goes, its lackluster all around. Mediocre acting, painful plot, weak effects, un interesting kills. 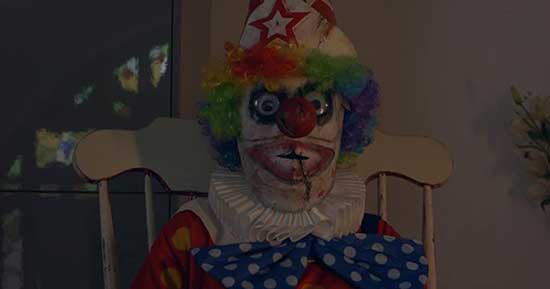 And finally: Kept me distracted as the protagonist’s mother buys her an old fashion phone but it doesn’t have the cord attached to the handle and drove my friend and I a wee mad that the set person didn’t know how phones were designed …

It seems the director made the wrong call. He banked on the simple clown costume unearthing. What we are left with is just juvenile and not scary. I give this film a 3/10.