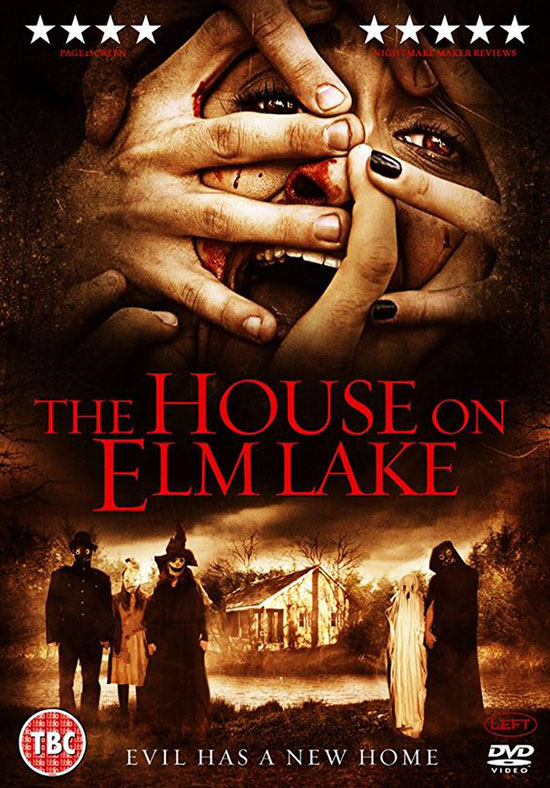 A family moves into a new house only to discover that it is haunted by the spirit of the previous owner (who looks like a cross between Richard Dreyfuss and Rob Reiner) that participated in Satanic rituals and killed his wife and son years earlier. Before you know it the dad starts acting weird and hears voices telling him to kill his wife and daughter. Will he be able to overcome his homicidal urges or will history repeat itself within the walls of the house?

I wasn’t too familiar with House on Elm Lake so I went into it not really knowing what to expect. I knew that it was basically a haunted house movie that sounded like a ton of other movies I have seen during my lifetime so I wasn’t expecting anything original or groundbreaking. What I didn’t expect though, was for it to be a total and complete rip-off of The Amityville Horror and I’m honestly surprised that the people behind it weren’t sued by the folks that brought us all the Amityville movies. I don’t know if it is supposed to be a nod to Amityville or just a blatant rip-off, but this movie is so bad that it makes even the worst of the Amityville movies look great in comparison. In addition to having a poorly-written script, terrible acting, and unlikable characters effects House on Elm Lake is mind-numbingly boring and absolutely nothing exciting (or even remotely interesting) takes place during the (painfully slow) 90 minutes that I spent watching it.

As I said earlier, the premise is pretty cookie cutter and if you’ve seen any haunted house movie then you’ve already seen House on Elm Lake. It brings nothing new to the table and is just full of bad horror movie cliches and tired tropes that I have seen countless times before to the point that it felt like the filmmakers intentionally threw them in there to see if anyone was paying attention.

There are so many scenes and other elements lifted from The Amityville Horror (such as the dad hearing voices and becoming violent, a babysitter being attacked, the daughter talking to an “imaginary” friend that turns out to be a ghost of a little kid that was murdered in the house, a voice shouting “Get Out!!!”, etc.) that I can’t help but wonder if this movie was supposed to be another Amityville sequel or something (I was actually expecting Ronald DeFeo to show up at one point).  Seriously guys, if you can find a more unoriginal horror film you have really accomplished something. 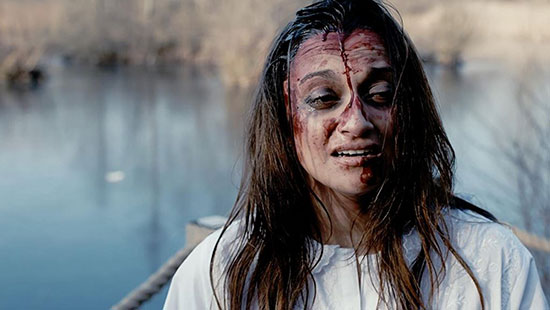 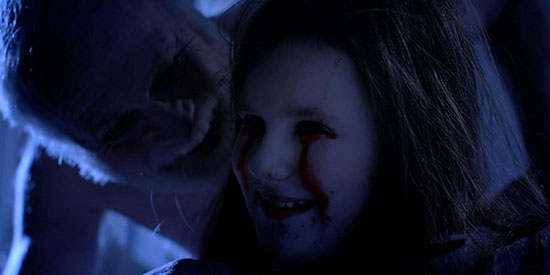 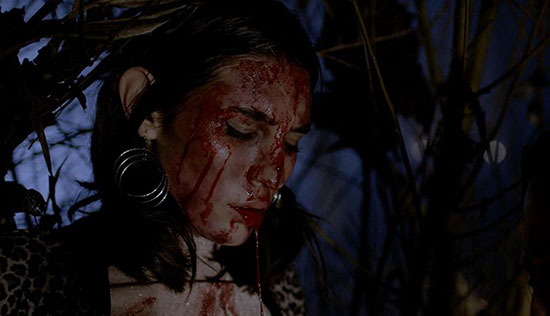 Did I mention that the characters are pretty bad too and that I just didn’t care if any of them lived or died? I think they were so bad because the writing was so bad and due to the fact that the acting was nothing short of atrocious. Our main character Eric (Andrew Hollingworth) does his best to be James Brolin from the original Amityville Horror but fails miserably on all counts.

The same could be said for his wife Hayley (Becca Hirani) who is a poor substitute for Margot Kidder’s Kathy Lutz. And what exactly was up with the daughter Penny? She looks like she is about eleven or twelve but acts (and is treated by her parents) like she is four or five. And don’t even get me started on the evil ghost that haunts the house. If you’ve ever wanted to see an old guy that looks just lke Richard Dreyfuss or Rob Reiner running around bare naked and roaring then you’ve come to the right place because that’s pretty much all the ghost does (why exactly is he totally nude? I have no idea). I don’t think that there is a single likable character in the entire movie and in a lot of ways I actually felt sorry for the actors that appeared in this movie. I mean come on, they HAD to know that they were working on a real turkey while they were filming it but I guess in a way you have to respect them because they did stick around even though they were well aware that the movie was quite horrible.

I don’t really know what else to say about House on Elm Lake. I thought that it was awful and the fact that I was able to watch it from beginning to end is nothing short of miraculous. I read that it was actually made in 2014 with no budget and was reshot with more money and several rewrites so all I can say is that I hope I never have to see the original version because it must be unwatchable if this version is the better of the two. Stay away from it unless you are a fan of films that want to desperately be The Amityville Horror but can’t quite pull it off. I usually try to keep from bashing movies but sometimes it is a very hard thing to do. Believe me when I say that this is one of those times.