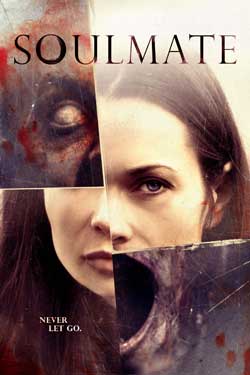 Struggling to cope with the loss of her husband, Audrey attempts suicide. Within the confines of a remote Welsh cabin she searches for answers until an ominous presence appears that changes everything.

Inside the horror genre one does not have to look far to find a good old fashioned ghost tale. Arguably the theme is just about as saturated as it gets when it comes to terror. Primal fear of the unknown and furthermore the afterlife is no doubt what spawns such a plethora of these tales. Just when we think we’ve seen it all and become desensitized to the phenomenon, something special like Soulmate comes along that challenges our very perceptions.

From the beginning credits the audience is privy to something terribly amiss. Audrey (Anna Walton) is busy in almost ritualistic, methodical type fashion setting up candles, preparing a bath and dolling herself up before the mirror. We almost suspect she’s preparing for a romantic encounter. Director Axelle Carolyn does a magnificent job of creating an elusive, foreboding mood with use of shadow and light. The string quartet soundtrack adds further angst to the audiences’ unease. With the tenacious efforts of a woman possessed we watch fully clothed Audrey enter the bath and proceed to slash one crimson trail upon her forearm followed by the other. Descending into the abyss of despair and water we get her point of view as her sister desperately clambers to rescue her.

The opener is about as dark and full of despair as anyone could ask for. Immediately we’re fixated into what could possibly unfold next. 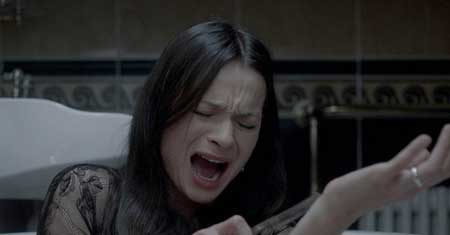 It’s not all that surprising that the plot takes a considerable ease in pace. Some truly breath taking shots are furnished with the Wales countryside as Audrey is en route to a remote cabin. Many of jaded and cynics will feel this is yet another bludgeoning of stereotypical horror. The only squirming within the seats is those frustrated that the story line seems to be adapting the same old formula as all those other ghost or haunted house stories. Let me be the first to say, you couldn’t be further from the truth.

Soulmate could as easily be described as a romance or dramatic thriller as a horror. The remote cabin is an ideal setting to portray the heavy sorrow Audrey is burdened with. Subtle clues are laced between the reels for us to fill in with our imagination. Perhaps what is most ingenious about this chiller is just when we think the story is going one direction, a rapid detour is thrown into the mix.

While our lead protagonist Audrey questions her sanity at every corner grieving the love of her life we adapt her sadness and empathize with her circumstances. As a result its natural for our subconscious guard to be let down. Queue the mayhem.

In a typical haunted house or paranormal story we expect to hear things go bump in the night, a ghastly cold breeze or hairs stand upon the nape of our necks for no logical reason. Rest assured all of these components are in place but delicately conveyed for a much more grand purpose.

Enter the fray Douglas (Tom Wisdom), who has been trapped in this purgatory like state since committing suicide over thirty years ago. He has much in common with Audrey in that each had lost the love of their lives and was unable to find the strength to carry on. The interaction that takes place between the two is eerie yet somehow heartfelt at the same time.

Theresa (Tanya Myers) and Dr. Zellaby (Nick Brimble) the caretakers of the cottage begin to sense something awry with Audrey and intervene.

Easily some of the most compelling dialogue in the entire picture unfolds between Dr. Zellaby and Audrey disputing her sanity. Through their individual performances alone the audience is rendered awestruck and second guessing what direction this eccentricity may take.

At the height of climax we learn exactly how Theresa fits into the grander scheme of things. Some pulse pounding, adrenaline fuelled action ensues. Not for a second do will the average viewer regret sticking with the production to see what is unleashed upon the very end. It truly isn’t any wonder how Soulmate was awarded the Mary Shelly International award at the Fantafestival for best director as well as the International Fantasy Film Award at Fantasporto.

Soulmate may not be for everyone. Fans of romantic, period piece fear feasts that challenge you will surely not be disappointed. 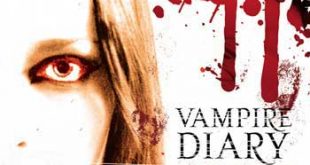