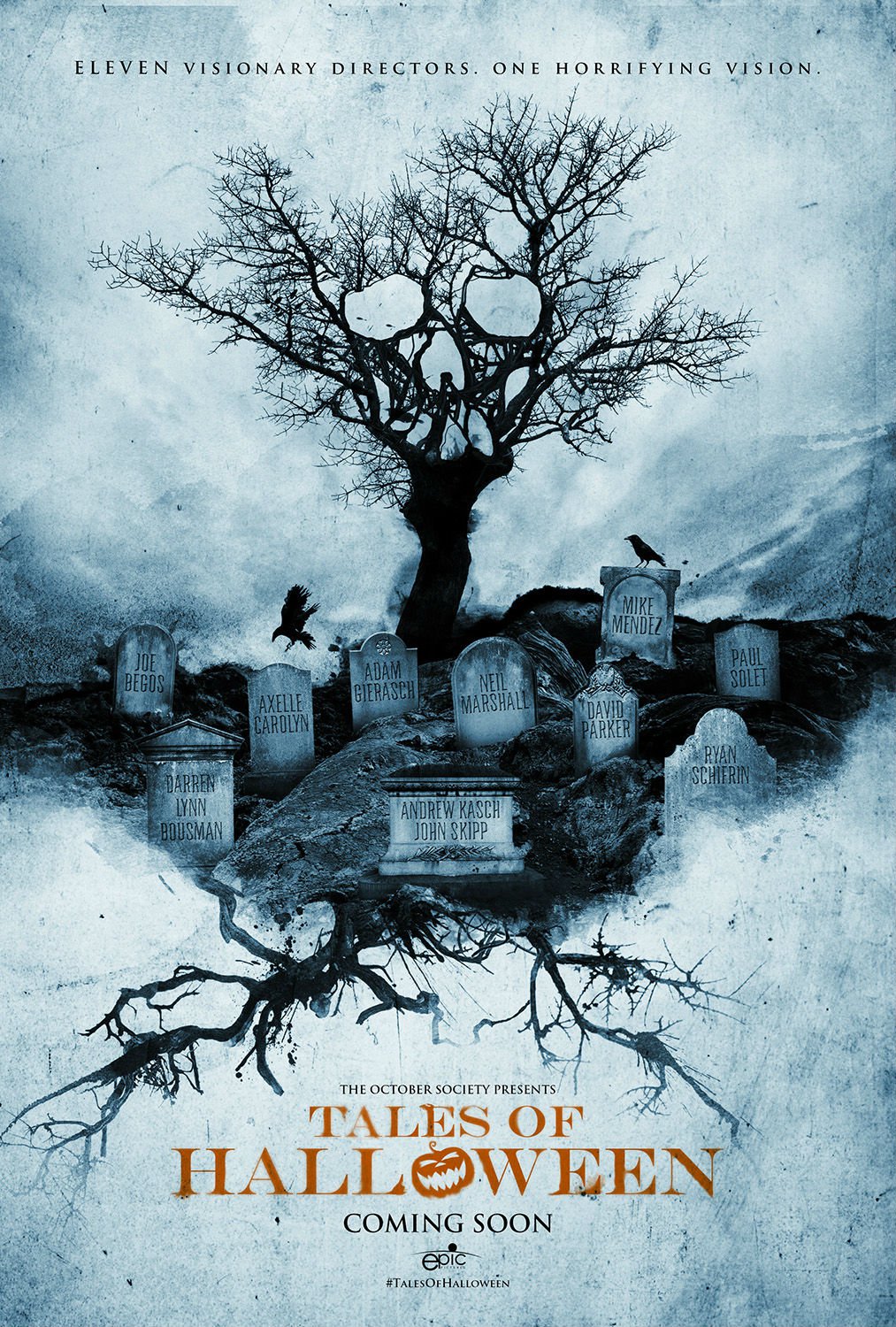 Synopsis: Ten stories are woven together by their shared theme of Halloween night in an American suburb, where ghouls, imps, aliens and axe murderers appear for one night only to terrorize unsuspecting residents.

It seems that horror anthologies are back in vogue as of late. The success of films like V/H/S (2012) and its 2 sequels, The ABC’s Of Death (2012) and its sequel, and a few lower profile films like Fun Sized Horror (2015) and The Invoking 2 (2015) have breathed new life into the sub genre. Of course, there were great anthologies from the 60’s, 70’s, and 80’s like Dr. Terror’s House Of Horror (1965) and Tales from The Crypt (1972), and Creepshow (1982) among others that greatly influenced filmmakers today. And now, a group of eleven directors (calling themselves The October Society) have gotten together and fashioned a good old fashioned horror anthology called Tales Of Halloween that’s comprised of ten short films, all of which take place on Halloween, and feature some very recognizable faces. As I’ve done in past reviews of anthologies, I’m gonna rate each section of the film individually, followed by an overall rating. Tales Of Halloween opens with the visage of the lovely Adrienne Barbeau, who’s channeling her role as DJ Stevie Wayne from The Fog (1980), as she serves as the narrator for what’s about to come. She still has that amazingly sultry voice that goes down like the smoothest shot of whiskey you ever had, and the film instantly benefits from her involvement as she introduces the first segment, called… 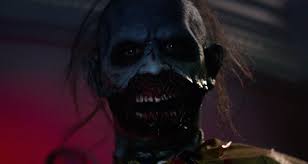 Sweet Tooth – Written/Directed by Dave Parker – A boy is told the story of a creature called Sweet Tooth, who was denied his Halloween candy as a child and ends up murdering his parents to get to the candy he wants so badly. He even eats the candy that’s inside his parents stomachs! Now every Halloween, Sweet Tooth is on the prowl, looking for more candy to eat, and the boy’s babysitter (along with her boyfriend) discover that the legend is very real. Featuring cameos from Caroline Williams (Texas Chainsaw Massacre 2) and Greg Grunberg (Big Ass Spider), Sweet Tooth is a perfect way to open the proceedings, and it doesn’t skimp on the gore either. 3.5 out of 5.

The Night Billy Raised Hell – Written by Clint Sears. Directed by Darren Lynn Bousman – Features Barry Bostwick as a demon named Mr. Abaddon, who takes a young trick or treater under his wing, and encourages him to cause mayhem throughout the town, or does he? This one is fun, and Bostwick is obviously having a ball as the demon. The end is telegraphed, but I enjoyed it regardless. 3 out of 5. 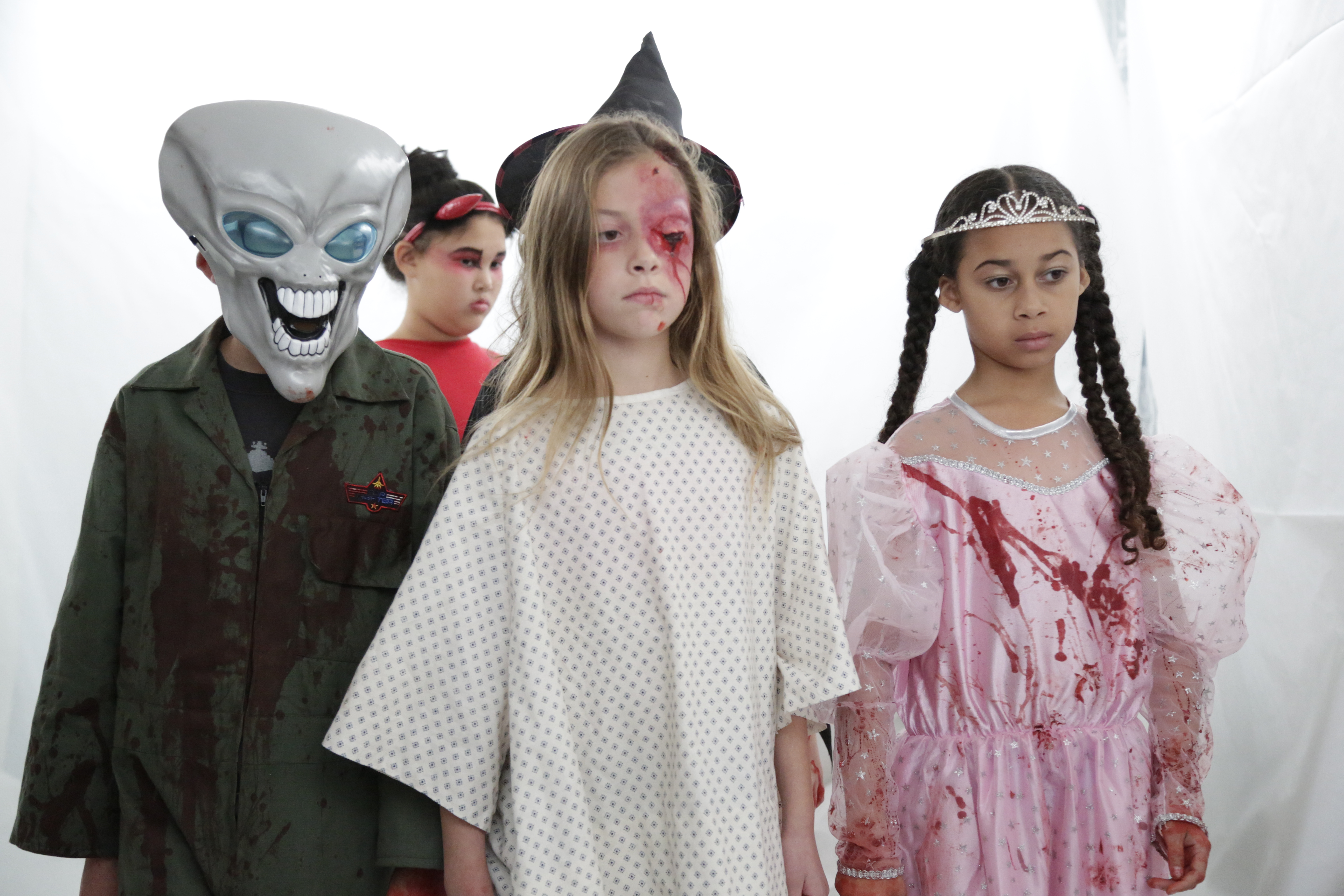 Trick – Written & Directed by Adam Gierasch – Two couples enjoying drinks on Halloween are violently attacked by a group of trick or treaters. Featuring genre regulars Trent Haaga and Tiffany Shepis, this one is really violent and has a nasty twist at the end. Gruesome and gory, it’s my favorite segment of the film. 4.5 out of 5. 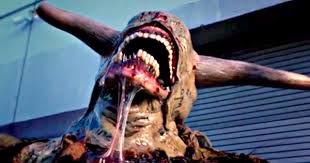 The Weak and the Wicked – Written & Directed by Paul Solet – Grace Phipps plays a gang leader who discovers that she shouldn’t pick on everybody she runs across on Halloween. This one is pretty dull to be honest, but it does feature a way cool demon that nearly saves it. 2 out of 5.

Grim Grinning Ghost – Written & Directed by Axelle Carolyn – A medium (Lin Shaye), tells a scary story during a seance that scares Alex Essoe (Starry Eyes) out of her wits. This one didn’t do much for me, but it has a decent scare at the end. Featuring cameos from Barbara Crampton and Stuart Gordon. 1.5 out of 5.

Ding Dong – Written & Directed by Lucky McKee – A housewife (Pollyanna McIntosh) who doesn’t have any children of her own, begins to act bizarrely once a stream of trick or treaters begin to knock on her door. This one has lots of references to The Wizard Of Oz and Hansel & Gretel, eventually it ended up making a lot of noise, while not saying too much. It’s both the oddest and weakest entry in the film. 1 out of 5. 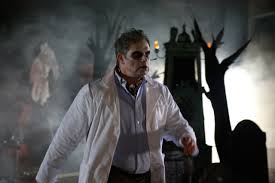 This Means War – Written & Directed by Andrew Kasch & John Skipp – Two neighbors go to war over competing Christmas displays on their lawns in a grisly take on Deck The Halls (2006). There’s more humor here than in the preceding entries, but it’s too slight to make much of an impact. 1.5 out of 5. 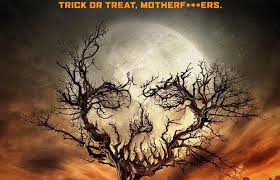 Friday the 31st – Written & Directed by Mike Mendez – A Jason Voorhees inspired killer (Nick Principe) runs into a cute little alien, and the resulting battle repeatedly amps up the gore as they slug it out, making this one my 2nd favorite entry. Featuring a cute claymation alien, a machete wielding psycho straight out of the 80’s, and enough grue to satisfy the most hardened gore fan, it’s a loving tribute to the slasher films of the 80’s. 4 out of 5.

The Ransom of Rusty Rex – Written & Directed by Ryan Schifrin – A pair of bumbling crooks kidnap a child in the hopes of scoring a large ransom from his millionaire dad. A horror take on O. Henry’s The Ransom of Red Chief, this one is fun, and Sam Witwer and Jose Pablo Cantillo are hilarious as the crooks. But it’s a cameo from John Landis (as the millionaire dad) that makes this one shine. If you’re familiar with the source material, then you already know how this one ends, but it’s still worth a watch for the performances. 4 out of 5. 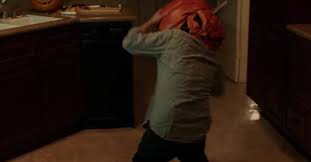 Bad Seed – Written & Directed by Neil Marshall – A cop (Kristina Klebe) is on the hunt for a mutant pumpkin that has a taste for human heads. This one is a lot of fun, and a lot different than anything director Marshall has done before. He proves that he has a nice sense of humor, and the effect of the pumpkin running down the streets is wonderfully realized. Featuring cameos from Mike Mendez and Joe Dante, this one ends the film on a high note. 4 out of 5.

Admittedly, I had hoped for something a bit more substantial from Tales Of Halloween, perhaps something scarier. But as it stands, Tales Of Halloween is a very good omnibus film that gets the job done. There’s more good than bad here, but that’s nearly always the case for this type of film. Hopefully it’ll be a big success so we can look forward to annual appearances from The October Society and their wicked little stories.

Tales Of Halloween – 3 out of 5 shrouds.

Tales Of Halloween will be at a theater near you on Oct. 16th