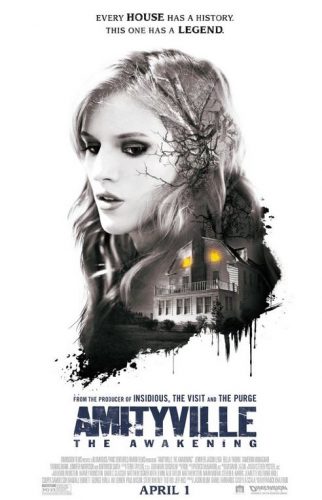 A single mother moves her three children into the haunted house not knowing of the house’s bloody history.

Amityville called. They want their legend back because they are tired of people mucking about with it.

Okay, the town didn’t call, but you’d think someone from there would ask filmmakers to find another town to make horror movies about. We’re up in the double digits of films made that relate to the Amityville Horror house. This new film (“new” being an iffy adjective seeing as it has been held back numerous times since it was originally to be released in 2015) feels like an attempt to inject new life into a very tired franchise. Given some of the massively dull turkeys that used the “Amityville” hook, this title, sadly, may inspire even more films about the house and the DeFeo legacy.

After being reminded of the tragic shootings of the DeFeo family in 1974 through bits and pieces of what look like both real and created footage from the time, we meet the family moving in 40 years after the original murders.

We have Mom, whose name is Joan, played by Jennifer Jason Leigh. I’ll admit to having a nearly 35-year-old crush on this woman. I fell for her during my first viewing of “Fast Times at Ridgemont High”. I have enjoyed her in many excellent movies over the years. Now she is taking supporting roles. Here, she plays a mom who has given everything to her children. Well, one of her children gets more consideration than the others, but not once did I hear, “Mom always liked you better,” so that is one cliché avoided.

Next up, we have #1 son James. He is a brain-dead twisted husk that Joan keeps “alive” with a rather extensive life-support system with lots of tubes, bright monitors, and, I swear, a machine that goes “Ping!” Cameron Monaghan plays James. He doesn’t get to do much other than use his eyes to look angry or frightened as his body is more twisted than a pretzel. Kudos to the makeup team for making his contorted body look painful.

After that, meet Belle, played by Bella Thorne. I can’t tell if she is a good actress given a poor role, or if she just isn’t that great in general. Belle exhibits two and a half expressions: pissy, bewildered, and a sad look that combines pissy and bewildered. Between the limited expressions, her hostile attitude towards almost everyone, and her mostly ugly, outdated outfits, you may find yourself wanting to slap her many times during the film.

Then we have cute-yet-vaguely-odd-looking Juliet, played by McKenna Grace. She has more expressions than the rest of the family. Maybe she’ll settle down to two or three basic expressions as she gets older. But, yeah, she’s there as a plot device to either make your heart melt when she’s an innocent child or to ramp up the tension when bad things are pointed in her direction.

They settle into the infamous Amityville house. Cue the family dog indicating that something isn’t quite right with the house, but the dog’s actions are, of course, ignored.  Include a few bits of misdirected attention in an attempt to create some low-level jump scares, and Jennifer Morrison in an utterly wasted role as Joan’s supportive sister, and you then have the first third of the film.

So you don’t get just a general haunted house/possession movie, we get two more characters that help introduce the whole Amityville/DeFeo legend attached to the house. Terrence (Thomas Mann) is a certifiable “Amityville Horror” nut from Belle’s high school who explains the whole spooky history of the house and introduces elements that repeat throughout the film, like events happening at 3:15 a.m., which was supposedly when Ronald DeFeo shot his entire family to death. Terrence’s sidekick is Marissa, played by Taylor Spreitler. She is there to be an ignored voice of logic and reason, but the actress increases the film’s value just by looking so insanely cute. They even help the film go “meta” by directly referencing the original Jay Anson book and the original film from 1979 as well as the first sequel and the dreadful remake from 2005.

Meta.  In this case, it just seems like padding and a way to avoid developing a real story with some depth.

So James is possessed by — the house? Ronald DeFeo? Bad writing? He starts reacting to things, opening his eyes, and even moving his previously inert body. We know this is a bad thing because the family dog whines and little Juliet seems confused. Of course the audience knows that this means we are working toward the predictable scenes of mayhem as James acts out the evil lurking inside the house.

To be honest, “Amityville: The Awakening” could have been a lot worse. At best, it is silly horror film that has nothing new to say or add to either the Amityville legend or horror films as a whole. At its worst, the film is watchable due to the fairly good adult cast who pull solid performances from a dull script littered with expected tropes, clichés, and telegraphed jump scares that fail to make a sensible person jump or be scared.

One missed opportunity is the brief scene that hints at incest between the mother and James that is never, ever referenced again. That would have put a wild spin on the film, but would have required a scriptwriter of a higher caliber to flesh it out properly. 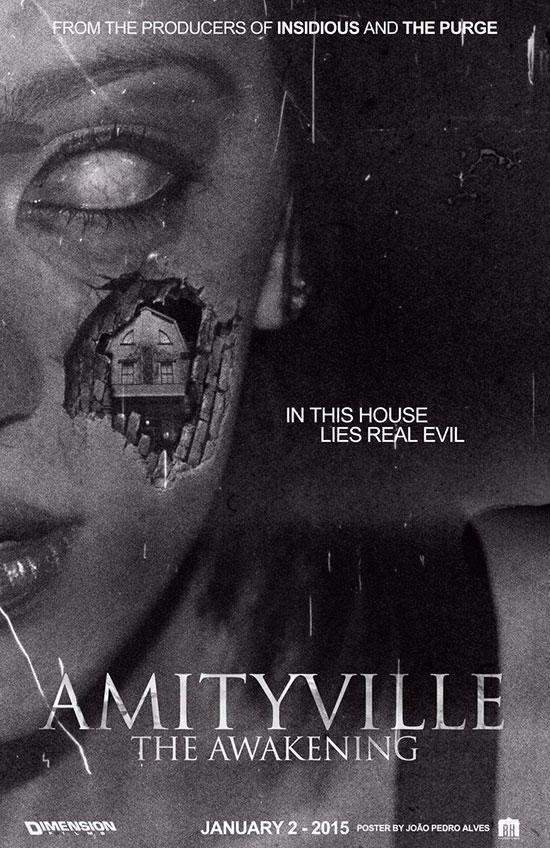