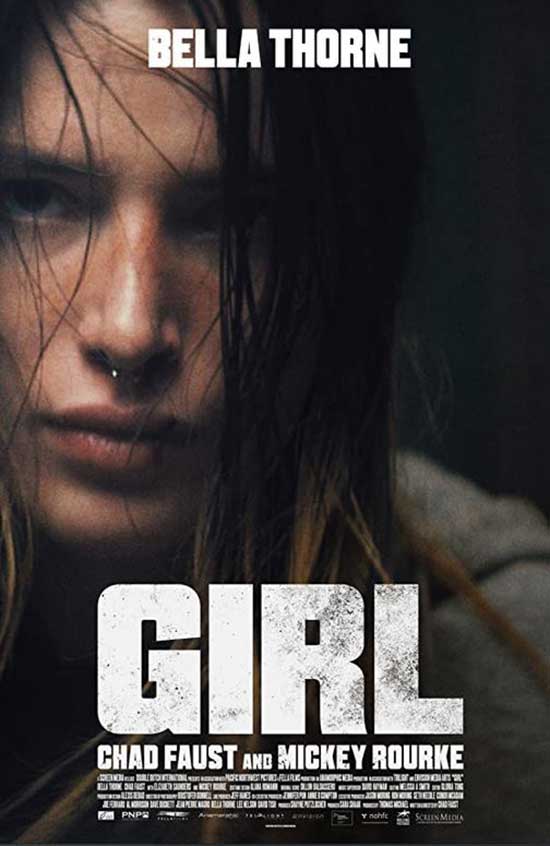 A girl leaves home in pursuit of revenge, only to find things are not what they seem.

After looking at the promo material and pictures of this film I have to admit I wasn’t thinking it would be a memorable watch. However, Girl really surprised me.

Bella Thorne plays the main character who avenges her mother by seeking out her dad that left when she was 6. At first, Thorne’s acting seemed forced and stagnant, but as the movie progressed it was evident that she was just heavily in character. I liked her performance a lot more than I was anticipating in the beginning and it made the movie slightly more enjoyable.

As she gets into town, most people, except for a bartender and a friend of her father’s, clearly aren’t friendly and nothing is what it seems. When she finds her dad murdered, something that she wanted to do herself, she is hell-bent on finding who did it and her anger intensifies. Something that this movie had a lot of is intense tension and intrigue. I really enjoyed the feeling of unease that lingered throughout the entire runtime. After being warned by countless locals of “The Brothers”, the girl finds out that they’re the ones who killed her father.

Now, I can’t tell if I liked or disliked the fact that the main character and others didn’t go by their name. It sure added to the mystery of the movie but in my case, it led to not being able to connect to the story as much as I’d like to.

As the movie progresses, the girl starts to discover that both her mother and father maybe aren’t who she thought they were. After an encounter with one of the brothers, she comes to find out that they are her uncles and they are looking for money that her father kept. The girl’s world turns upside down as she learns that her father was saving money for her and her mom has been lying to her for years. Her mom finds her, as well as one of her dead brothers, and finally tells the girl the truth. The girl ends up not killing her mother and finds peace within herself and with her father. 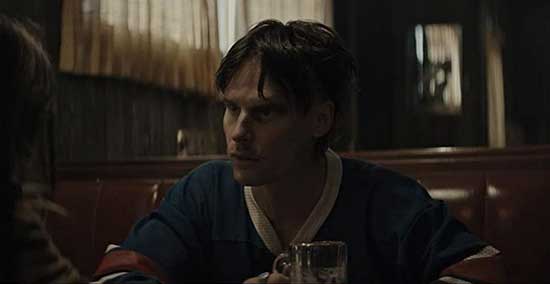 Ultimately, I liked this film a lot more than I thought I was going to. The cast was incredible and added to the gritty feeling of the story. Chad Faust who directed, wrote, and acted as one of the brothers in the film did an incredible job. Not only was the directing and writing commendable for the most part, but he was also a great fit for his character as one of the brothers known as “The Charmer”. I also enjoyed Lanette Ware’s performance as Betty. She brought a freshness and likability to the movie that was needed. The music in the film was a perfect match to what was going on and enhanced the experience tenfold.

As for the negatives of the film, I think it maybe could’ve had a longer runtime in order to enhance the depth of the plot and storyline. As much as I liked what they were going for, I definitely think a lot of things would have benefited from a longer runtime. It was also a bummer that there were no scenes involving the girl’s father. A flashback to the past, a scene where her father’s real note was read, etc. would’ve added so much more to a story where her father is one of the main focuses.

Overall, I enjoyed this movie. It had cool kills in it and a family so dysfunctional that it was almost hard to keep up with their shenanigans at times. Everything fit well together and the performances and quality were a welcome surprise. All it was missing was a more in-depth storyline and an appearance from the girl’s father. I recommend this one for at least a one-time watch and maybe even a second!