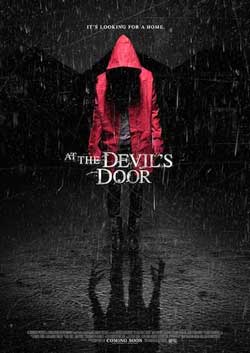 Leigh (Catalina Sandino Moreno) is a struggling real estate agent determined to rise to the top. After taking on a challenge to sell a house in record time that has a questionable history she encounters a runaway girl that is the alleged daughter of one of the previous owners. An unknown force swiftly makes its presence interweaving Leigh’s sister Vera (Naya Rivera) into the fray. Will she be able to rise above the unsurmountable odds and sell the house or will she forever be trapped in limbo At The Devil’s Door?

Director Nicholas McCarthy (The Pact) executes a tremendous production with plenty of chills, shrieks and jump out of your skin sequences. The opening scenes are dark and foreboding in an elusive sense yet plays upon the subconscious of the audience. We anticipate something horrific is on the verge of transpiring. The question is when? This director’s style is shades of John Carpenter in the sense that we aren’t bludgeoned with an abundance of over stimuli and the darkest recesses of our minds fill in the blanks. In essence, the true fear is of what we don’t see and what may unfold next.

Some most effective cinematography is deployed in the early shots of aerial views of the outdoors. The slow, gradual sweep of the landscape captures the mood while the soundtrack eclipses unto a radio broadcast filled with desperation and despair. On a sub conscious level we are rapidly filing away information that is stacking the rising tension in relentless fashion. 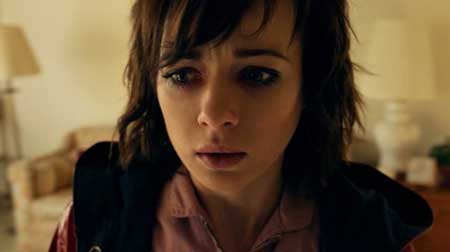 We’re introduced to the striking character of Leigh and empathize with her instantly. Her kind and tender side makes relate to her. A sense of vicarious involvement is subtle but one cannot deny how we silently cheer her on through adversity.

The supporting actors and actresses enhance the pace of the plot rather than detract from it. It’s refreshing to see solid performances all around. Nothing ruins a good scare flick quicker than lousy or haphazard thespians with unbelievable portrayals. In this case the entire cast enhances the mystique of the story and moves us closer to the edge of our collective seats.

Rising tension between the two sisters Leigh and Vera emphasizes relatable characters and conflict. It’s clear the two siblings love one another but have far from the perfect relationship. An additional foreshadow is unleashed as we ponder what may transpire between the two. 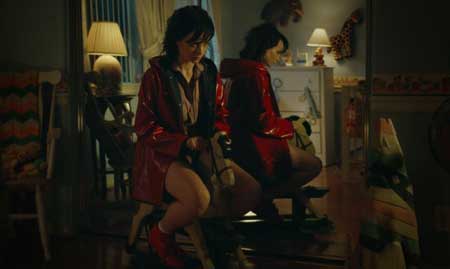 Special effects in general may appear simplistic but are bone chilling to state the least. It’s a testament to how a production needs not an extravagant budget to provide optimal terror. A number of flashback sequences are utilized to heighten the angst of the characters and done with finesse. Too much jumping around in many cases unsettles the viewer strictly in the undesired fashion. In At The Devil’s Door’s case it strengthens the integrity of emotion and moves things along quite decently.

Around the fifty minute mark a change of events unfolds that most will not see coming. Without divulging any plot spoilers, I will say that I was a little irritated at first but allowed the benefit of the doubt and ultimately was not disappointed with how things continued to escalate. Ordinarily such a bold intervention would spoil a movie adventure but I must commend this director for pulling out yet another surprise. 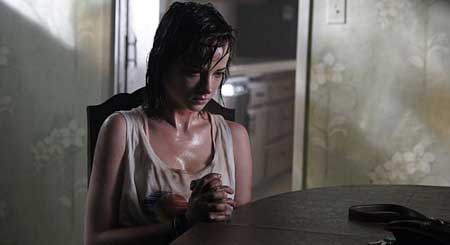 The final act, no question will disappoint some in its opened ended climax. But for this critic the true art form comes in the way of individual interpretation. 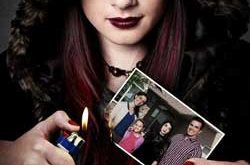 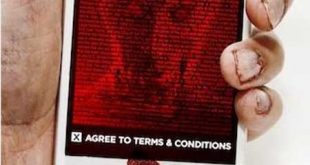