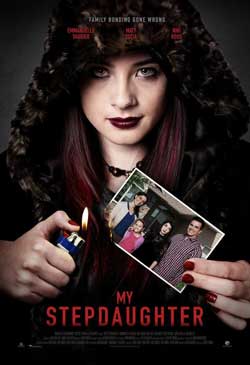 Jill wants nothing more than to attain a life of fulfillment and happiness with her new family. Marrying Robert, the man of her dreams has come with some obstacles however. A brooding, angst inspired teen named Casey, Robert’s daughter has now become Jill’s step daughter. While tension is consistent in the air, Jill begins to question if there is an even darker side that has been overlooked in her Step daughter.

“I’m the crazy one remember? Just leave the obsessing up to me.”

No question the most notable element of My Step Daughter is the fact it was directed by Canadian Actress and musician Sofia Shinas. If you’re unfamiliar with her work, perhaps you would most readily recognize her as the love interest Shelly to the late Brandon Lee’s Eric Draven in The Crow. She also played in the revamped Outer Limits show in 1995 as Valerie 23, the android who runs amok in the relationship of her creator. Bearing each of these accolades in mind, suffice to say there was high hopes for My Step Daughter before the initial credits have even run. 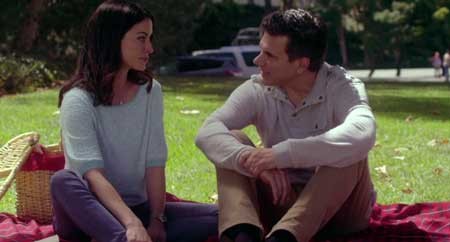 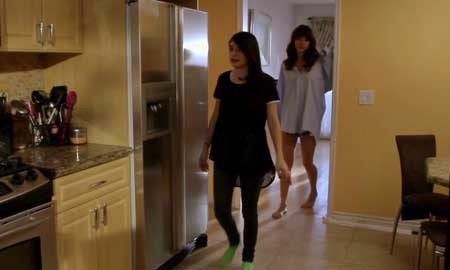 The opening sequences conveys some most foreboding, atmospheric shots. The audience is beckoned deep within the fray of domestic disarray. An orchestral soundtrack contributes to the mood of the heightened strife between Robert (Matt Socia) and his soon to be ex-wife, young Casey’s mother. An overall theme of domestic dispute will no question resonate with a vast audience. Director Shinas does an impeccable job of illustrating the very real horrors that lurk in everyday society, namely behind closed doors we call home.

Moody, rebellious and brooding teenager Casey is played exceptionally well by Niki Koss. She delivers a certain nuance to the character and we don’t second guess investing into the emotional plausibility of her portrayal. Her indifference in action and dialogue will have most young parents in the audience squirming with unease. Some of her scenes with Brad played by Caleb Thomas are most memorable and we get a front row seat and just how unhinged a couple of contemporary rebellious teens can be. 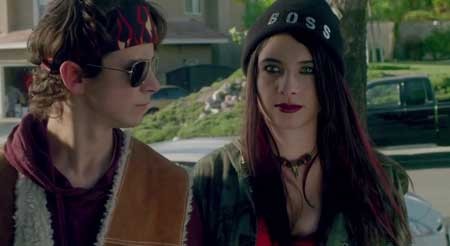 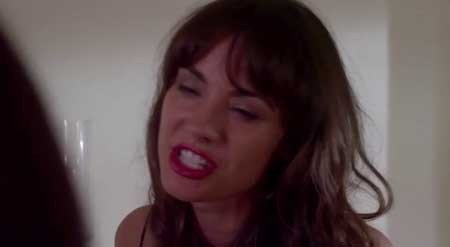 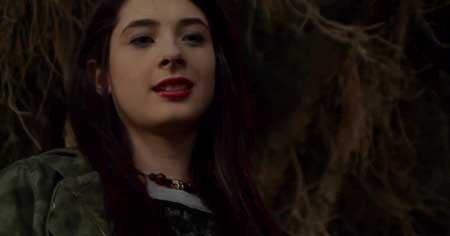 Jill, the lead protagonist played by Emmanuelle Vaugier will be familiar to many. Her onscreen presence is undoubtedly esthetically pleasing unto a testosterone fueled audience. You may recognize her as Charlie Sheen’s love interest for a few episodes in Two and a Half Men. It’s intriguing to see her performance in another genre and refreshing to see a capable thespian flex their diversity and avoiding the dreaded type cast abyss in Hollywood. She’s as equally convincing in this thriller as any comedic performance given alongside Sheen. Diversity creates a bankable star in Hollywood and one can count on the fact Vaugier is in store for some very big things.

Overall the plot moves at a descent pace. The struggle for dominance between Jill and Casey is evident and realistic. There are dips and swerves in their dialogue and at first glance it appears that everything is on the mark with just about any dysfunctional home struggling to keep it together. The subtext of manipulation and psychological warfare begins to slowly rear its ugly head, fixating the audience on what is going to happen next. 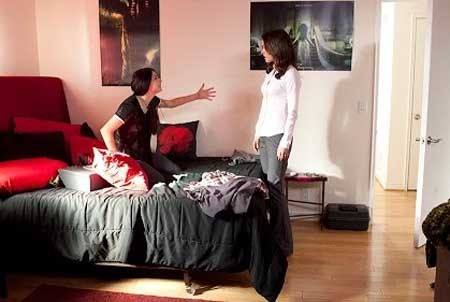 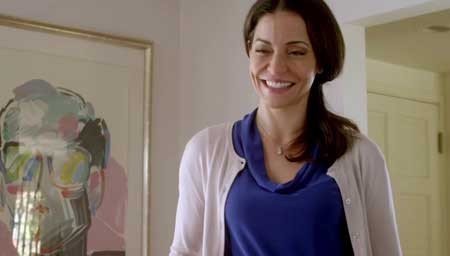 For the most part the acting is above par and we can invest overall in the plausibility of the characters’ motives, actions and reactions. Something dreadfully goes amuck around the half way point however and we’re introduced to Jill’s sister Skyla played by Sofya Skya.

No question there is certainly a market for My Step Daughter. Fans of psychological suspense/thrillers should give it a shot. I would personally be highly interested in seeing more directed by Sofia Shinas.

-Three out of Five tombstones 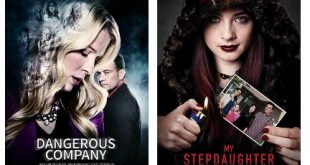