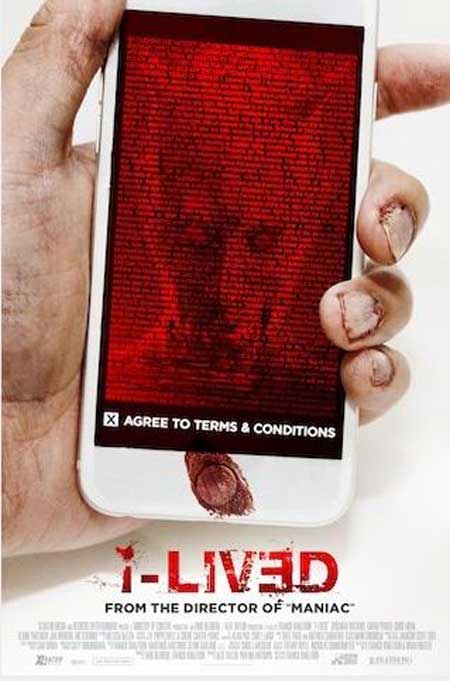 After using an App called i-Lived a young man’s miserable life starts to turn around and he gets everything he ever dreamed of as a result. Once he stops using it though, his life gets even worse and he realizes that the good folks behind the App are willing to make things wonderful for him again…for a price.

It’s not always easy to do something original in the world of horror these days as it seems that just about everything has already been done to one degree or the other, but the minds behind I-Lived have definitely succeeded in doing so. I thought that the film had an awesome premise and to my knowledge there aren’t too many horror films out there that feature an evil phone app (the only other one that comes to mind off the top of my head is the 2013 film App which I haven’t seen), which is a little surprising to me considering how many people use them on a daily basis. Not only is the movie original and creative, but it is also very interesting and just entertaining in general. I really enjoyed it and thought that it was one of the best horror movies that I have seen in 2015. 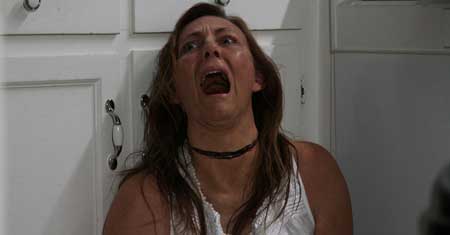 Without a doubt one of the film’s biggest strengths is its premise. In some ways it is like a cross between an even more warped version of the classic tale The Monkey’s Paw and an episode of Tales from the Darkside. I don’t want to give too much away as I don’t want to ruin it for anyone but we know from the beginning that nothing good is going to come from Josh using the app and part of the fun is watching it all unfold (especially when all the bad things do start happening). I thought that the script (which was written by Franck Khalfoun, who also directed) was top-notch and that everything just came together very well as a result. I was thoroughly entertained from beginning to end and can’t think of a single moment where I wasn’t interested in what was going on. Essentially i-Lived is a great example of how excellent a movie can be if you have an awesome concept combined with equally awesome writing. 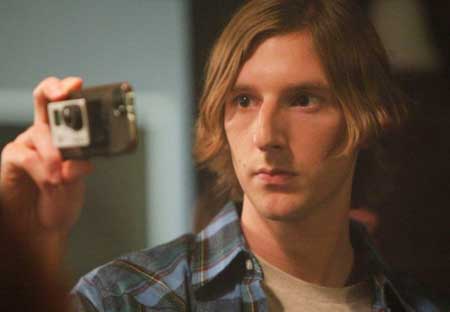 I also really dug the characters as well. Josh (Jeremiah Watkins) is just an all around great character and I couldn’t help but relate to him and feel the need to root for him (something I think that a lot of other viewers will do as well). He’s just a likable loser who somehow manages to stay somewhat optimistic even though he just got dumped, has no job or money, and is on the verge of being evicted by his bitchy landlady. He’s a realistic character as he has to face many problems and setbacks that many of us often go through at one point during our lives or the other, and I think that was the main reason that I really liked the character (plus Watkins does an outstanding job of bringing him to life). I also liked Greta (Sarah Power) a lot too. She is the love interest for Josh and in addition to being an interesting character she is also very easy on the eyes as well. Some people may argue that she is a little out of Josh’s league but I have to disagree and think that he would have gotten her without the help of the i-Lived app (things certainly would have turned out a lot better in the end for both of them if he had). Like Watkins, Power does an excellent job in the role and I thought that her acting was beyond awesome. 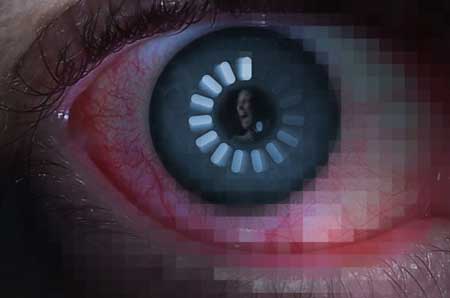 While some viewers may not like the downbeat ending I thought that it was perfect. To be honest I wasn’t exactly expecting a happy ending and we certainly don’t get one here. I personally like movies that have down endings and I wasn’t disappointed with the final moments of this film (even if they are more than a little depressing in a lot of ways). I think that Khalfoun could have gone a different direction with the ending and made things a little more upbeat but it wouldn’t have had the same impact and could have possibly ruined the entire movie had he done so. I loved the way that it ended and am glad that the people behind it didn’t go for some sort of cheesy, happy ending because I just don’t think that it would have worked by any stretch of the imagination. 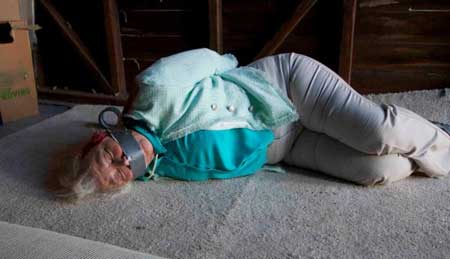 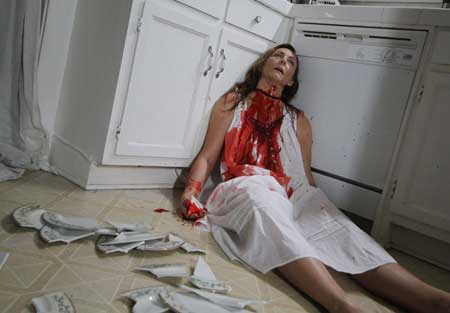 I thought that i-Lived pretty much ruled and I enjoyed my time with it. There is a lot about it to like and I can actually see it getting a lot of love from viewers as it definitely deserves it. I can’t really think of anything about it that didn’t work and am sure that I will be watching it again very soon. As I said earlier it was one of the best horror films I have seen this year and I hope that other people dig it as much as I did. Check it out as soon as you can, you definitely won’t be disappointed. Highly recommended! 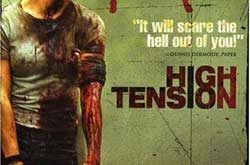 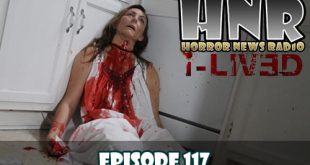 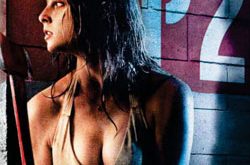