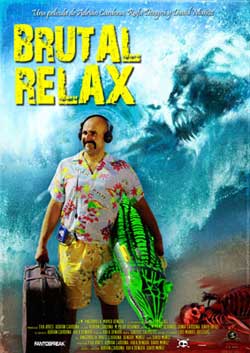 Mr Olivares has already recovered, but now he needs a vacation.

Wow, what a fantastic gory free for all splatterfest. This one snuck under the radar but is accessible now to lovers of extreme cinema. Before getting into review make sure to give this one a look on youtube which now hosts the piece in its entirety. (see below)

Mr Olivares (José María Angorrilla) is advised by his doctor to get some “normal” rest and relation. Suggestions include enjoying the  sun, taking pictures, and generally taking things easy. Mr Olivares heads out to a private off coast beach where the locals are enjoying the water, some fresh air and various beach activities. 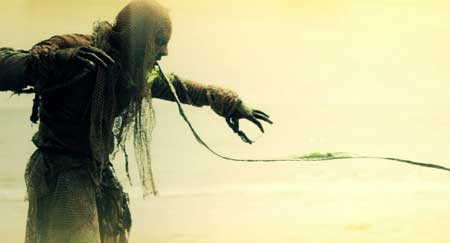 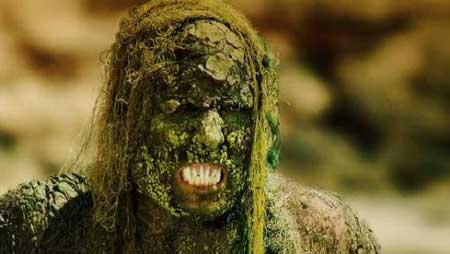 As Mr Olivares muds himself up for a calm after-noon listening session with his favorite cassette, he is soon alerted to the attacks that have been going on right under his nose. A band of green skinned sea-pirate-zombies awaken from the ocean for the pure notion of slaughtering everyone in site. No FX work is spared as heads get ripped, smashed, kicked in, and torn apart. Limbs fly, bodies tear, with every conceivable gore effect lumped into this 15 minute short. Mr Olivares who is quite displeased with the events occurring flips into high gear busting heads and ripping limbs with a force that needs to seen to enjoy.

Now the first thing I had to check out after viewing “Brutal Relax” was, who was the masterminds behind this gory Spanish masterpiece. David Muñoz who we also reviewed for his additionally great gore piece “Fist of Jesus” provides direction and producing credits along with Adrián Cardona who did some great editing work on films such as: “La raíz del mal”, “Fist of Jesus” and “Metal Creepers”. The production company SoulPsychoKiller and Eskoria Films take the credit on pulling this piece together. I’m so impressed that their web site eskoriafilms.com/ should be investigated for tracking down their other releases. 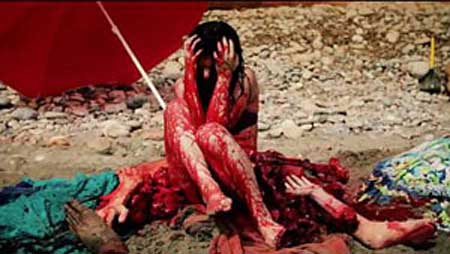 In summary, this is short that I was highly impressed with to the effect that I wish there was a full length film behind it. The gore is inventive, plenty, and above all  highly recommended as a unsettling dark comedy…(yes I said comedy!). Masterful! 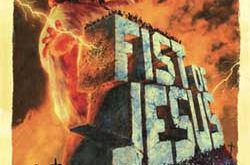 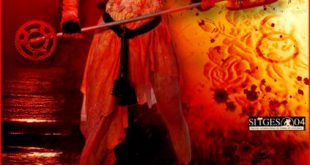 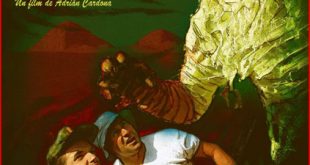 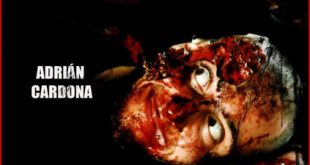