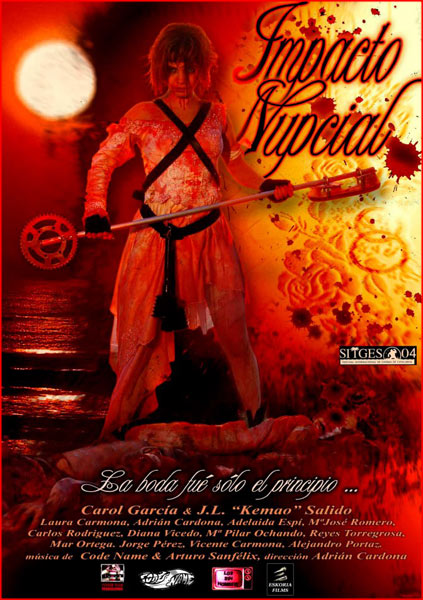 A newlywed couple go to the beach on their wedding day to celebrate those moments that should be the happiest of their lives. But má terrifying nights and wedding awaits them … it was just the beginning.

More short films, and yet another submission from Terror Team Productions & Eskoria Films. This time we have IMPACTO NUPCIAL ( rough translation, BRIDAL IMPACT) from 2004, directed by Adrian Cardona.

Finally, a zombie film! I have never made a secret of my love for zombie movies. Yes, the genre is way over done at this stage of the game. Still, There is always hope to break new ground. Maybe this film doesn’t break any ground, but it really goes for the gold.

Again, this film is in Spanish with no subtitles but you really don’t need them. Our story opens with a newly wed couple at the beach. They are still in their wedding clothes, so not too hard to work that one out. 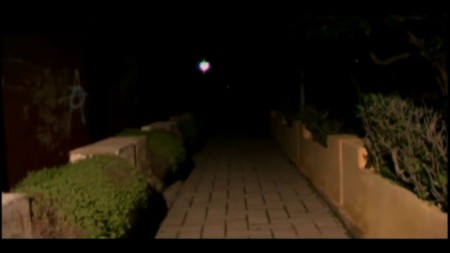 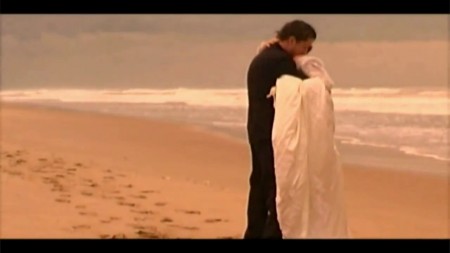 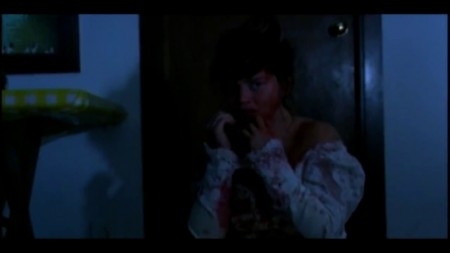 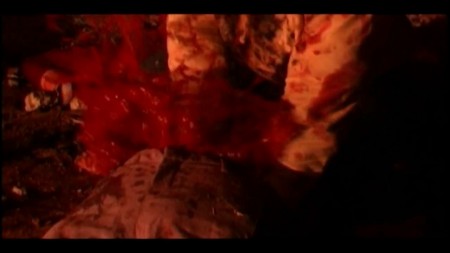 The groom (J.L. “Kemao” Salido) has a surprise for his new bride (Carol Garcia) and he blindfolds her to set it up. But he will never get the chance to spring the surprise he planned. The screen goes black and we hear a lot of chaos and explosions and stuff. When the bride removes her blindfold, not only is she surrounded by the undead, but her new husband is one of them.

And we are off! The bride runs to a nearby home, only to find more zombies there. The further she retreats into the home, the more of the nasty, drooling undead there seem to be. The bride finally makes it to a place of safety and, after taking a moment to breathe, she sets about gathering weapons (and more importantly, getting rid of that damn liability of a wedding gown) and becomes Mrs. Zombie-Killing Bad Ass.

No joke, she goes totally Tank Girl on the zombies. She invents a really groovy weapon. Not sure how practical it is, but it’s definitely cinematically awesome. The zombies are really juicy and gross. Perhaps not the best make up I’ve ever seen, but man, they are nasty. All gooey and drooling green slime and what-not. Blech!

There is one great moment of comedy about halfway through the film. I don’t want to give it away, and it does seem like an anomaly in a film that is otherwise quite serious and straight forward. I totally laughed out loud. It’s perfect.

Good times, lots of gore, total devastation. What else can I say?

So using my special short scale of one to five, five being awesome, I’m giving this film 4 roses.