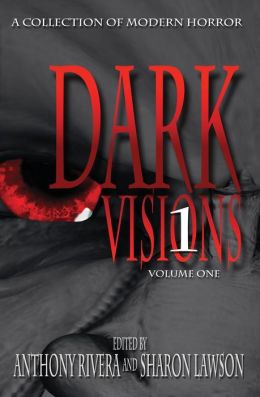 A collection of thirteen tales with a common theme surrounding the depraved, demented fuelled with dread:

Mister Pockets A Pine Deed Story By Jonathan Maberry-Lefty, a twelve year old boy suspects there is an ominous presence lurking within their sleepy town.

Collage By Jay Caselberg-Jo copes with the loss of his fiancée Marika.

The Weight of Paradise By Jeff Hemenway-Sophie and Alfie devise a method to beat a terminal illness that has horrific consequences.

Three Minutes By Sarah L. Johnson-John succumbs to the power of the Dream Eater.

Second Opinion By Ray Garton-A writer past his prime would kill for the ending to a perfect story.

The Last Ice Cream Kiss By Jason S. Rieller-Michael struggles with the loss of innocence and reality.

Scrap By David A. Riley-Eddy and Gary realize the pram they use to pilfer construction materials to pawn has an unworldly power which comes at terrifying price.

What Do You Need By Milo James Fowler-John awakens in a concrete prison with only a monotonous voice on a rotary phone that beckons, “What Do You Need?”

The Troll By Jonathan Balog-First person account of how a boy befriends the unlikeliest of allies in his pursuit to fit in.

Raining Stones By Sean Logan-Lonnie learns the hard way what happens when you interfere with a homicide scene.

Show Me By John F.D. Taff-Ghastly things happen to whomever is bold enough to ask Joe Middleton to confirm the folklore that has consumed him.

Thanatos Park By Charles Austin Muir-First person account of how a man deeply regrets the day his roommate showed him the evil that lies within Thanatos Park.

Perhaps one of my favourite elements in the anthology format is the power of allure unto a mass market. Tales with a speculative, Sci-Fi and horror flavour boasts a little something for virtually every walk of life in the reading realm. The wonderfully twisted folks at Grey Matter Press truly have outdone themselves this turn around in Dark Visions: A Collection of Modern Horror.

In no time at all one can clearly comprehend as to why this collection was nominated for a prestigious Bram Stoker award. The series starts off with a bang including the efforts of Jonathan Maberry’s Mister Pockets: A Pine Deed Story. I’ve been so enamoured with this author’s work I’d be compelled to read anything of his conception including his grocery list. His style, prose and ability to captivate his audience appears effortless. I envied not the task at hand for Rivera and Lawson to select an additional twelve tales with equal impact. Fear not terror fanatics. Although a tough act to follow, the remaining tales are a chilling, bona fide odyssey into the darkness that lurks within our hearts, souls and recesses of our minds.

A predominant subtext within each of these stories is an overwhelming sense of dread and desperation. The editors upon deploying the task and criteria of these submissions clearly have a firm grasp on effective horror. It’s a thing of beauty to witness each of these authors create stories on such a primal, personal level. The sense of vulnerability in which we can all relate is highlighted. Hope grapples despair. On a subconscious level, we as the reader hone into the pages context relating our experiences of emotional, cognitive or in some cases spiritual deficiency. As a result we get behind the characters in the collective plight in searching for acceptance, affirmation and overcoming societal obstacles. As a result the stories resonate long after digestion and long to be consumed time and again.

Of course the ingredients in any effective horror themed collection are sin. Lust, greed, wraith, slough to name a few are seasoned to perfection. Brilliantly crafted by this group of wordsmiths are the opposing compassion, remorse and enlightenment.

While we’re preconditioned to understand there is consequences for our actions the epic battle of good versus evil is unleashed. Perhaps most compelling is the diverse style in which the authors compose their respective woes. Each has their own unique voice, character development and conflict escalation.

I’ve become familiar with several of the writers within from Caselberg, Hemenway, Taff Balog and Garton. It’s refreshing to see their endeavors in a new light and flex their imaginative and creative muscle in spine tingling fashion. Their individual voice beckons a sense of suspended belief deep within all the while heightening the anticipation of what lurks beyond. I would be very surprised if at least a handful of these artists don’t make it onto your future must read list. Many readers will be thrilled to see a brief bio of each author at the beginning of each induction citing a few of previously published works.

Along with any other anthology we’re introduced to efforts we may have had little to no exposure to in the past. I was tremendously impressed with What Do You Need By Milo James Fowler and Scrap By David A. Riley. The dialogue expressed within tells the tale within its own right. The characters breathe a life unto their own within the pages bringing the reading experience alive. While reading each of these exceptional stories I could not shake the impression how effective each would make as a Twilight Zone or Outer Limits episode.

If you read only one anthology this year I strongly recommend Dark Visions. My only criticism is waiting for part two.