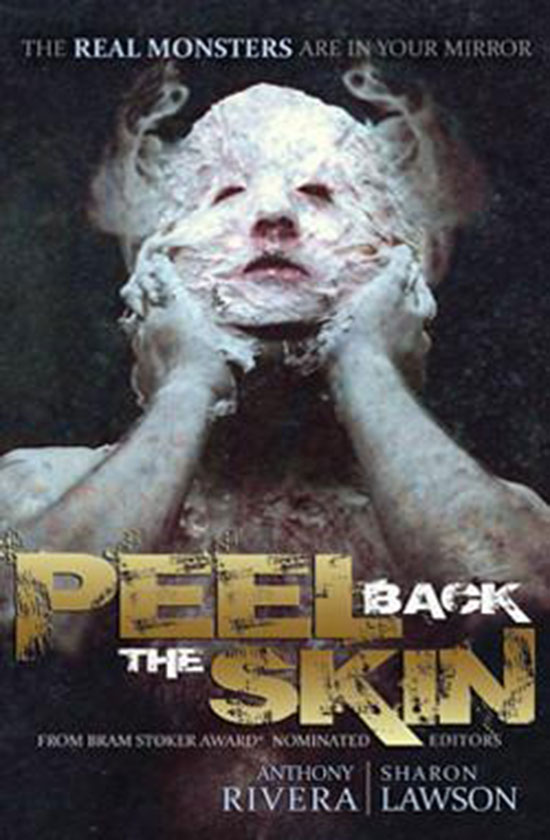 Peel Back The Skin

Mystic By Jonathan Maberry: A PI with ability to communicate with the dead vows to settle the scales of justice.

The Protector By Tim Lebbon: A young boy struggles to cope with his alcoholic, abusive father.

Moth Frenzy By Lucy Taylor: A young woman searches for her missing sister in the New Mexico desert with adversaries such as skin walkers and a mystic Minotaur like creature.

Family Bible By Ed Kurtz: Ezru strays from his family’s values to befriend a young girl, at a ghastly price.

Life Or For Whatever Passes For It By Durand Shong Walsh: A man feels indebted after a fisherman saves his life but swiftly learns there’s much more to this saviour than what meets the eye.

The Shed By Joe McKinney: As Thom becomes further estranged from his daughter Meagan, he has no idea what she’s become.

The Greatest Gift By Graham Masterton: Cathy will stop at nothing to ensure tragedy doesn’t come between her and the love of her life.

The Lady Of The Minch By William Meikle: John Rutchett’s obsession with his late wife could effect his post at the ferry.

Beholder By John McCallum Swain: A child misfit gets the last laugh many years later over the very clique that alienated him.

Orphans Of The Air By James Lowder: A tale of redemption, vengeance and stolen eyes.

Party Monster By Charles Austin Muir: A man’s obsession with sigils compromises each of his relationships and struggles with reality.

Gator Lake By Nancy A. Collins: After Jack Spivey goes to settle up his late father’s cabin for sale, his conscience manifests a most grisly epiphany.

Superheated By Yvonne Navarro: A dual point of view of one woman’s abduction and torture in a remote desert.

Burning Leaves On An Autumn Day By Ray Garton: Reggie tries to be a good neighbour to the insufferable Ollie.

The Long And Bright Descent By Erik Williams: A dangerous game of cat and mouse has universal ramifications.

Grey Matter Press never ceases to amaze with their dizzying foray of talented contributing authors. Each story within this collection is as mesmerizing and unique as the writers themselves. Presented in varying prose from literary, commercial and everywhere in between, Peel Back The Skin is about ripping back the layers of how society views us and exposing the vulnerable disturbed from within. Some of the most profound and real fears are those of what may lurk in each of us, the monsters we’re capable of becoming.

Choosing a favorite tale within Peel Back The Skin is the rough equivalent of asking one to choose their favorite child. Each story packs as much impact as the last, forever keeping a heart racing, darkened thought provoking escalation. This anthology may be best enjoyed during day light hours or at very least with some dependable, trustworthy company.

It isn’t difficult to envision the marketability of Grey Matter Press collections, especially what we have before us here. Avid readers each devoted GMP fans and new comers alike will take something different away from this reading adventure each and every time. I can clearly see a visceral virtuoso in film adaptation similar to the Tales From the Crypt, Tales From The Darkside or Black Mirror that seems to be all the rage on Netflix these days. Each story is brief, concise and maximizes the reader’s captivation level with alarming and disturbing ease.

Although a relatively small press platform, GMP is forever expanding its catalogue with full length novels and of course its flagship format in anthologies. The short story collection is an excellent method for authors to flex their versatility. Drafting a brief tale that engages the reader with the comparable impact a full length novel can is no easy feat and is no question for every writer. A brief bio at the end of this book outlines some background into the twisted minds of these contributors. Each author lists additional endeavors available for reading, should any of the audience boldly wish to take the leap into the further unknown.

Be forewarned once if this is your first Grey Matter Press exploration, you’ll be ravenously tearing through the library. Vicarious escape has never looked so disturbingly cold.