Home | A Superhero Horror Film: Why the New Spawn has the Potential for Awesomeness 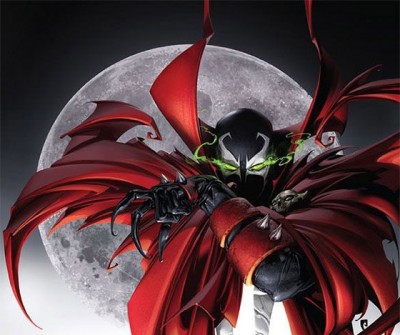 As of yet, there is no release date for the upcoming remake of Spawn, but creator Todd McFarlane has said that he is hoping to begin shooting this year and has plans to turn the superhero epic into a horror film. Safely assuming that, like me, many horror fans are also at least moderately fond of superhero films, the melding together of the two universes in the new upcoming movie is something we should all be pretty excited about.

Motion picture companies like Warner Brothers and Marvel Studios have steadily been turning out superhero films that portray a hero of a more sinister nature since the successful releases of Watchmen and Batman Begins. Clearly the audience is finding the dark and dangerous protagonist much more compelling than the unflawed, upstanding heroes so commonly featured in the past, and as far as superheroes go, Spawn is about as dark and dangerous as they get.

The story of Spawn follows a CIA assassin named Al Simmons who is murdered because of a moral conflict with his superiors and then sent to hell to be punished for the innocent lives he has taken in life. After selling his soul, he eventually returns to the world of the living, as a “hellspawn”, with a horribly disfigured body, magical powers and limited memory. This subject matter alone provides a perfectly viable horror film plot just waiting to be developed on as well as numerous opportunities for some truly frightening horror-film detailing.

In addition to a plotline rich with usable horror material, there are some thoroughly scare worthy supporting characters, like Malebolgia, the demonic entity from hell who grants Simmons his second life on earth as a hellspawn, in exchange for his soul, and Spawn’s evil mentor, a demon named the Violator who is disguised as a clown. An evil clown! While the visual concepts for both Malebolgia and the Violator already exist, thanks to advances in special effects, there is an opportunity to make these characters much more terrifying and, dare I say, a lot less cheesy than those of the original film.

Through his earlier works on the Spawn graphic novels and as the creator of the Spider-Man Series’ monster villain, Venom, Todd Macfarlane has proven he has the chops for lending the vision for a bigger, better and scarier on screen universe for Spawn and his counterparts to exist in. This not to say that his first attempt was not entirely unsuccessful; I myself quite enjoyed it. However, when you consider the newly advanced special effects to be taken advantage of and McFarlane’s attitude towards improving on the original film and taking it into the horror genre, the whole concept starts to feel like something that is definitely worth looking forward to.

Aside from a pliable story line, a slew of potentially terrifying characters and the availability of better technology, it seems like an impressive cast of actors may be falling into the list of reasons why the new Spawn could be, for lack of a better term, awesome. Academy award winning actor, Jamie Foxx is rumored to be aggressively pursuing the title role and McFarlane has said that he is interested in bringing in more big name, Hollywood actors to fill out the cast. With some truly talented actors supporting this project, we could be looking at some absolutely memorable, star quality entertainment. Everyone remembers Tim Burton’s Batman, starring Michael Keaton and Jack Nicholson.

Following his origination as a minion from hell, Spawn develops into an anti-hero archetype, ruthlessly murdering heinous criminals, becomes the champion of “Rat City”, eventually faces the apocalypse, and finally evolves from a demon warrior, struggling between the influences of good and evil, to something more like a fierce, angelic creature who fights the corrupt forces of both heaven and hell. There is no telling which portion of his epic tale will be covered in the new film but the subject matter that can be adapted into some pretty incredibly frightening material abounds. In the meantime, I’ll be looking forward with hope that the new Spawn can make some groundbreaking steps in the horror film genre. 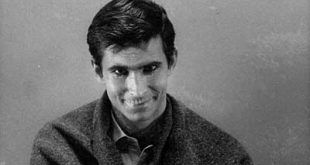 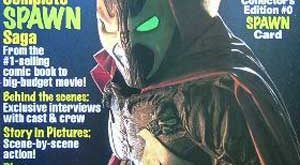