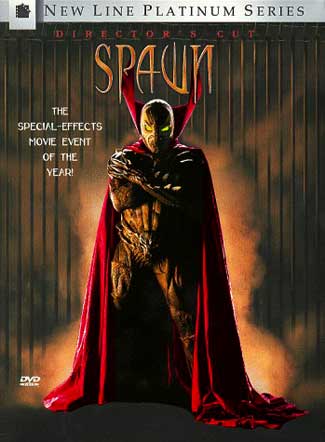 Al Simmons, is a military soldier/assassin, who has been betrayed by a covert government agency head named Jason Wynn. Wynn orders his top assassin, Jessica Priest, to assassinate him. After Simmons dies, he is immediately transported to Hell, where Malebolgia, a demonic ruler of the various realms, offers him a Faustian deal. If Simmons becomes his eternal servant and leader of Hell’s army in Armageddon, he will be able to return to Earth to see his beloved fiancee, Wanda Blake. And Simmons accepts the offer and is transformed into a Hellspawn, which is a servant of Malebolgia in a necroplasm suit that is not only a living, breathing creature, but is also his only protection in the world. Simmons (soon to be dubbed “Spawn” by Malebolgia’s crony, The Violator) returns to Earth and attempts to reunite with Wanda, not knowing that five years have passed. He also seeks revenge on his former boss and killer, Jason Wynn, who has made a deal with The Violator to develop a lethal virus to take over the world, where Wynn is promised to be king

I guess it would be fair to say I’ve been on a Spawn kick lately. Maybe it was the recent word I got about the “Spawn 2” movie finally gaining momentum. In any case I had to do some retro work and dig out this old classic (in my mind anyways) to give it a well deserved spot. The film itself was the culmination of Todd McFarlane’s franchise coming into fruition and literally demanding a film version of his classic story be put to screen. Years later we learn that they were unhappy with this final product that ended up “too” superhero-y and not dark enough for the realism that Todd had intended. Hey, its still a fun movie and the FX were cutting edge for it at the time. In fact I vividly remember this being one of the few DVD titles you could buy when the DVD craze took off. So beyond “the Matrix”, Spawn was a pretty good call for your new player. 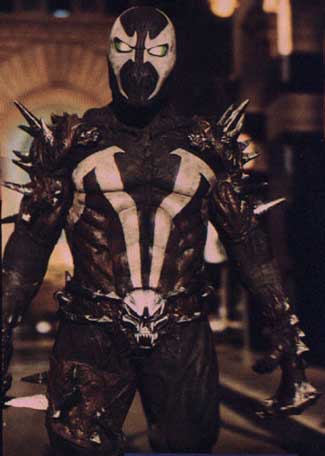 The story follows the assassin Al Simmons who has been one of the hired elites for taking out unwanted targets. He has found conflict with trying to maintain his job and a family life with his wife Wanda and his daughter Cyan. In short he wants to quit the business. His boss Jason Wynn (Martin Sheen) and the minions of Hell have other plans for him. A weird fat man demon who calls himself the clown has asked that he be exterminated so that his soul can lead the armies of hell. Quite a work order indeed! So on his final mission he is double crossed by his employer, shot by assassin Jessica Priest (Melinda Clarke) and burned alive. 5 years later he returns to earth a mangled and deformed-by-fire freak who finds life has changed while he was gone. Clown finds him and serves as a mentor of sorts breaking him into his new purpose and position. This includes a cool looking suit, special hell spawn powers, a living cape, an ability to command chains and a spot as the premiere leader of Hells armies. 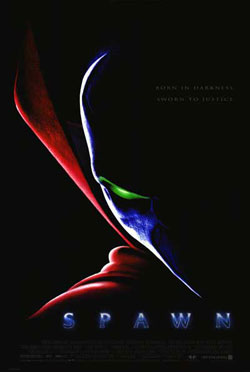 The only trouble is….. “Spawn” doesn’t want the job. This conflict of interest becomes the storyline that catapults the series. A struggle of hell versus right and wrong. A conflict with the clown who later is revealed as the demon “Violator” and Spawn’s rebellion against Malebolgia the reigning leader demon that granted Spawn his return. At the heart of the story is a man’s struggle to do the right thing even though he is an agent of Hell. His advisor Cogliostro helps him find his way to doing the right thing. The result is an ongoing battle against the dark forces that be.

The visuals are nothing short of dynamic and thrilling to watch created by the CGI world and some crafty Fx artists. The weak point though was the hell scene battle with Malebolgia, which was probably the worst CGI scene I’ve seen to date. It’s a shame as that section could have been so much better. 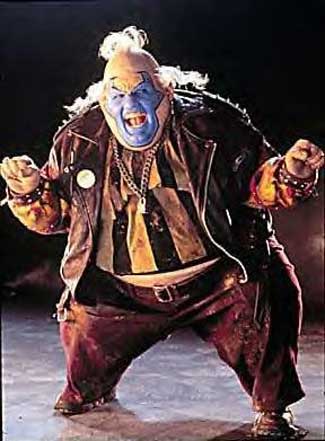 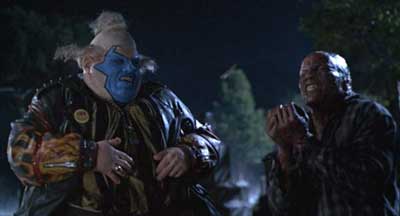 The costumes and creatures were driven by the KNB team who really nailed the suits on the money. Especially John Leguizamo as the overweight clown who had to suit up in daily prosthetics that were hard enough to get around in let alone act. Michael Jai White was in a unique role as a dark superhero. For one we weren’t used to seeing a black man take the main hero role and 2 he was only really normal looking for a short amount of time. Beyond that he was Freddy Krueger’s brother for lack of better terms. Though Michael Jai White was chosen for his martial arts training and his ability to move with the agility needed for the role.

The film had a handpicked band of talent on board…. primarily due to Todd Mcfarlane wanting his “child” to be treated in the way it was intended on screen. Mark A.Z. Dippé was granted the director role who took to it with a passion. Steve ‘Spaz’ Williams was the lead on visual effects which by looking at the credits was a huge undertaking of combined talent to make the Spawn character come to life on screen. Kyle Cooper who went on to design several intro titles for film was the talent behind the fiery skitzo intro credits. For all intensive purposes the right team was in place to make this film sing. The budget was called in at $40 million, it grossed 21 million its opening weekend. Combined with rentals, sales and box office it did rather well for itself. 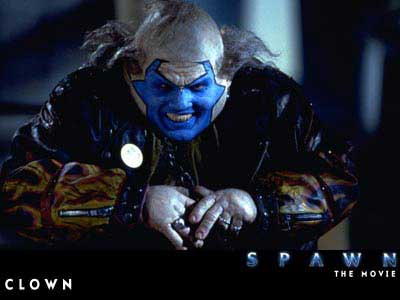 Still reports later down the road complain of mistakes, unfulfillment and related comments. The horror crowd approached it with mixed reviews. As mentioned before, some audiences found it a bit too campy for what the Spawn character “should” be. I have to agree on some aspects as there were times when he was a bit overexposed making him appear more like a villain from and old Batman series. 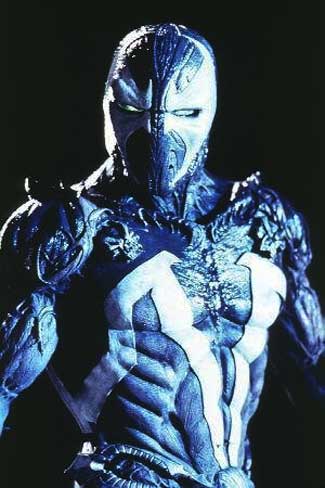 Well time will tell as we approach another round of “Spawn” lets hope that Todd can sleep at night after this one and that the powers that be get it right and bring the Spawn franchise up to justice.