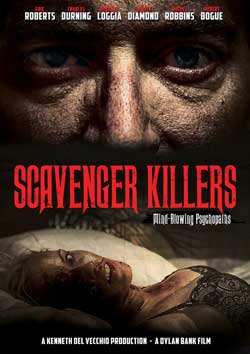 ‘Bonnie and Clyde’ are reinvented in SCAVENGER KILLERS, where a charming judge and a hot criminal defense attorney go on a maniacal killing rampage. With bizarre, yet somehow believable, FBI agents (a physically powerful, condescending mute with wooden legs, and a Tourette’s Syndrome introvert with psychic abilities) on the hunt, the deranged duo amp up their rampage, never murdering with the same method but always with same untamed ferocity.

Once in awhile a film arrives that really delivers on the crazy end of performances. Midnight Releasing has found a gem in the rough that rides this very crazy train with glorious chaos and absurdity.

Meant to mimic the thrill of a Bonnie and Clyde relationship (or Mickey and Mallory if you will), we have 2 fresh killers who are as smart as they are deadly. There is plenty of sex, blood letting, sexiness and no-holds-bar killing to fulfill any horror fan who likes things a bit dirty and overacted. FX used here are executed well, never overdoing the quantity of killings and thus providing for more direct impacting horror moments )the naked singer beheading fall to the floor scene was “spot on!”). 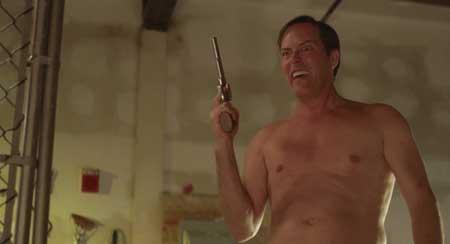 Judge Taylor Limone (Robert Bogue) and Clara Lovering (Rachael Robbins) are a couple of psychopaths who can’t seem to have enough sex or quench their thirst for killing. As they chart their course grounded in a scavenger-hunt-style-agenda, it’s a non-stop show-no-mercy kill party complete with plenty of laughs and torturous impulses.

It’s literally a checklist of “who to kill” and “how to kill them” that feeds the nastiness of this film. As a couple, they play off each others wits and egos followed by a unrealistic sense of how life “should” be and how they see it thru their eyes. Using their legal backgrounds and intelligence the 2 of them plot, play and execute with a childlike fervor that makes for an extremely entertaining ride. The film has style which is more than you can say about most films. Naked chicks, heads rolling off or Jesus cult massacres…take your pick…its all here! Lewd acts, sex humor…. tight outfits and racy dialog….check, check, check! 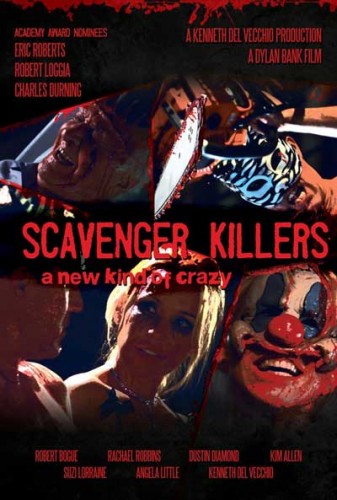 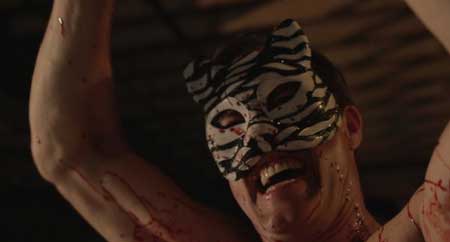 So lets get some of the obvious points out of the way in review of this film. Robert Bogue is one crazy ass acting talent that seems almost inspired by the same fountain that Bruce Campbell and Jim Carey drink from. Rachael Robbins, Robert’s muse is one hot looking lady who by now should be well positioned as a scream queen herself. Looking into her impressive resume of horror films, she surely has earned it. 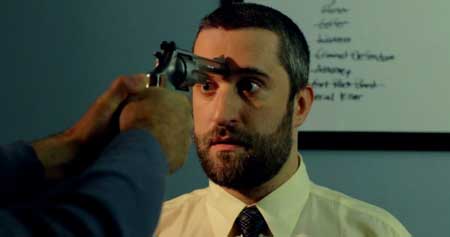 My guess is that this film will spark follow up sequels based on the chemistry of these 2 actors. Director Dylan Bank combined with Ken Del Vecchio and Rachael Robbins writing style makes for a perfect cult-horror-centric product. The film has just enough outside inspirations to make it work while not coming across as derivative. Certainly we get the “serial killer couple theme” being used as it was in other films…but with its own quirky approach. Ken Del Vecchio seems to be the main brainchild of this whole project who also does a bang up job as an eccentric mute FBI agent. Dustin Diamond as Agent Dewayne is just plain wacky and weird bringing the quirkiness of this film up a few notches. However….it’s great fun to take in and laugh along with. 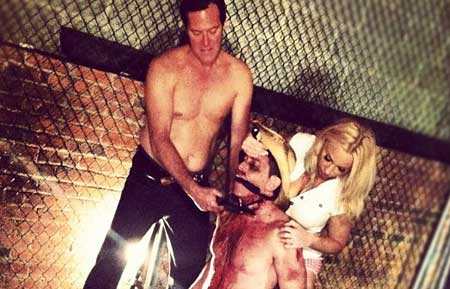 In addition to the film, the DVD holds some great behind-the-scenes clips, interviews and a whole documentary on the Hoboken film festival. The pieces are edited professionally making for just enough extras to dig into this film a little further.

“Scavenger Killers” is by no means a masterpiece but it is a gem among releases in the lower budget horror arena. It’s a great argument for ” a film can be still damn entertaining without alot for $ behind it”. A few name actors add some credibility in their appearances even if kept to minimal moments. Eric Roberts is one such talent that fits into his character like a glove.

“Scavenger Killers” rocks with the best of them with just the right amount of nastiness!