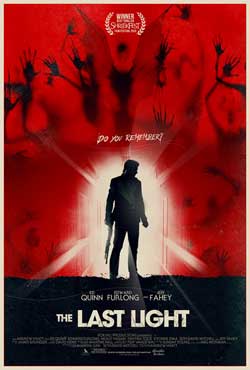 A group of people have secluded themselves off from the world in an abandoned hospital after a critical apocalyptic event.

Chained and locked doors are the first hint you get in the beginning of THE LAST LIGHT as to the apocalyptic status of the world. We don’t know what happened, but something big and something bad. And seven people have gathered for shelter in an abandoned hospital. The movie keeps flashing days—it’s a countdown, but to what we’re not sure. But it builds and builds . . . doom, doom, and a little more doom. The characters don’t even really remember what happened that caused humanity to dwindle; and they don’t want to. 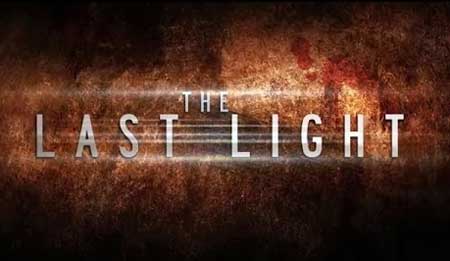 There are also horrible creatures which have populated the earth. But we don’t even know what they are. Neither do the characters. They refrain from discussing such things. There’s a chance they’re aliens. And there’s a chance they’re zombies. We never find out, though. All we know: “they come in waves, they search around for weaknesses.” Creepy.

Needless to say, THE LAST LIGHT is a slow burn—an end-of-the-world character study more than a gory showdown. Understatement is the name of the game, and it’s an exercise in suspenseful gradualism. 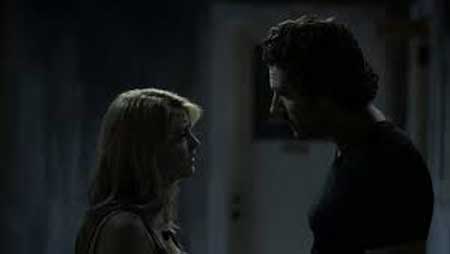 Ed Quinn stars as Jack, the leader of the seven people who’ve taken refuge in the old building. He’s headstrong and a natural leader. He’s also the “guy with the gun,” which, it is suggested, may qualify him for his position. Edward Furlong of all people plays Noah, his advisor of sorts, who chain-smokes and lurks in the shadows. There’s also Jeffrey (Seth David Mitchell), the resident a-hole, bitter and with daddy issues, trying to seize power from Jack. There’s Meryl (Molly Hagen), who’s come unglued and recently suffocated her son. There’s Ashley (Yvonne Zima), who’s adopted a cackling nihilism; Jenny (Tahnya Tozzi), who has faith in Jack; and Harold (Jeff Fahey), who serves up dinner each night—strawberry bars, mostly.

The acting and the characters are the saving grace in this understated, dark, end-of-the-world melodrama. Character actors Furlong and Fahey are especially memorable in their roles, lending awesome facial expressions and hardened, realistic advice throughout. Ed Quinn patrols the hospital through darkness toting a gun, trying to remain positive and keep the rest of the group’s spirits up. The seven characters relate to one another realistically. Their relationships shine through, and, for the most part, they feel enough like real people. Because the characters are well-realized and developed, their lives prior to taking shelter in the hospital are interesting. You care to learn about them, embracing the dark intimacy you get with the seven damaged individuals.

A cool thing, too, about THE LAST LIGHT is how, like any of Romero’s zombie flicks, it explores the inner politics, the microcosmic organizational bedlam, within a group of apocalyptic survivors. The biggest threat, it often seems, is to the group’s solidarity. There are plenty of Furlong/Quinn conversation scenes which reemphasize it.

The movie’s weaknesses come with the plotting. The way it builds and builds, you’d think something really monumentally horrifying and disastrous was coming. The climax/conclusion is all right, I guess, but not what the would-be suspenseful build should be coming to. The zombies/aliens/whatever are not the point, but, still, something far more terrible, I feel, could have capped the whole thing off—and it would’ve been a lot more entertaining.

With attention spans these days, it’s actually commendable how slow and talky THE LAST LIGHT is. It takes a more realistic look at what that post-apocalyptic scenario would really be like. Largely, it would be mundane, or so it wants you to believe. This film shows banal survival. . . but not without drama along the way. And, cinematically, it has dark, mysterious, and dingy down to a fine art. The sleek score helps it along with that vibe, too. 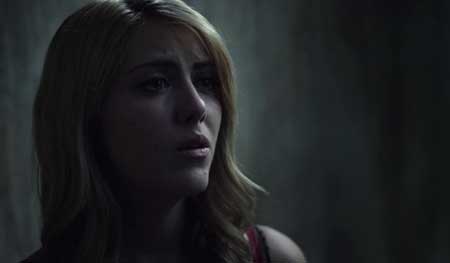 Ultimately, THE LAST LIGHT comes recommended for people looking for an understated post-apocalyptic flick. It’s something different, and it’s a quieter, darker, more sparse approach to the sub-genre.