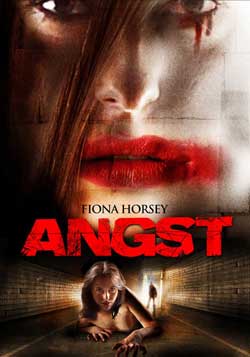 In the vein of Audition and Hostel. Helen finds herself having intimacy problems with men. Her private parts are devouring all lovers and leaving her with an insatiable thirst for blood. In order to satisfy her cravings she becomes a prostitute which leads to a death filled tale of murder, madness, and sex.

Movies are meant to tap into your emotions and cause you to feel things. They can make you happy, sad, humor-filled, or mad. Horror is meant to bring feelings of anxiety and fear. They do so by putting characters through situations that tug at your inner turmoil. Many different topics are covered in the horror genre in order to frighten as many different demographics as possible. Topics could range from the fairly common concept of being home alone to the more risqué topics such as sex. The subtlety in which a specific movie tackles a subject differs from film to film. Penetration Angst, known in North America simply as Angst, takes on the topic of sex in a horrifying way that I had never witnessed before, though it has probably been tackled in a similar fashion somewhere at some point. 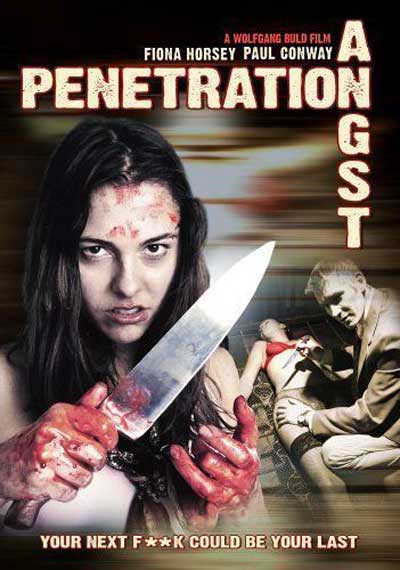 The 2003 movie Penetration Angst had two stories within it that were related but mostly separate. The first was the tale of Helen (Fiona Horsey), a girl whose vagina was some sort of monster that ate any men she had sex with. Then there was a story about Dennis (Paul Conway), a man who was in love with Helen and searched for her while dating other people and ending up involved in theft, kidnapping, and murder.

As the story description suggests, Penetration Angst was not a movie that strived to be anything more than a goofy horror movie. This was most noticeable in the fact that none of the characters were good people. Helen was a promiscuous murderer controlled by her nether-regions. Dennis was an obsessive follower that would do almost anything he was told to do as long as it did not harm Helen. Every other female character was a sex-fiend or a murderer, and every other man wanted to rape Helen. There was not a morally good character in the entire bunch. 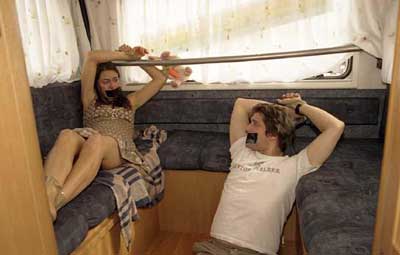 That does not mean that I disliked watching them. All of the main actors did an amiable job of bringing their characters to life. Fiona Horsey brought out both the girl-next-door qualities and the sexual side of Helen. The two sides of the character were well defined in terms of both her looks and mannerisms. She was able to convincingly switch personalities in a way that did not make one feel more practiced than the other. As for Paul Conway, he portrayed Dennis’s emotional story in a way that made it both true to the character and humorous. Though some of the events seemed out of left field, he caused them to be believable. But the standout performances came from Beth Steel and Amy Steel who played conjoined twins. These characters were the physical representation of Helen’s emotional split, one being the good girl, and one being a sex-fiend. Each of the sisters excelled in her role and both were the most memorable aspects of Penetration Angst.

Aside from the acting and characters, there were a few interesting visuals in Penetration Angst that are worth highlighting. When the men were having sex with Helen, the way they disappeared was well done. It was never anything big or showy, but it got the job done in a way that was effective to watch. It was during one of these sequences that the most interesting of the effects in the film was performed. After tying Helen up and stripping her nude, a crazed murderer decided to perform oral on her. This led to Helen’s vagina attacking his tongue and attempting to eat him tongue first. The way that director Wolfgang Buld was able to show the extension of the tongue as the man tried to pull away from Helen was fantastic and the visual that will most stick in my mind from the movie. 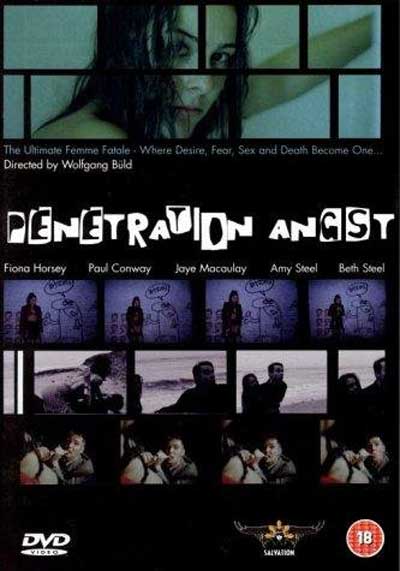 If there is one thing to complain about with Penetration Angst, it would be the utter forgettable nature of the movie. Aside from the tongue visual and a couple of semi-interesting performances in the movie, it is difficult to remember exactly what happened. Maybe that is part of the reason that it took me over a decade to discover its existence. The movie is not terrible by any stretch of the imagination but it is something that will be out of your mind soon after watching it. It will not be leaving any lasting impression. And that is the biggest issue with the movie.

Penetration Angst deserves to be watched by someone somewhere. It is not unwatchable at all. It is entertaining for the time spent watching it. I would not say that anyone should go out of their way to find it, however. If you do happen to see it while looking through a bargain bin, or on some online provider, go ahead and check it out. If you do not like it, whatever. I thought it was alright. That is all that matters to me. 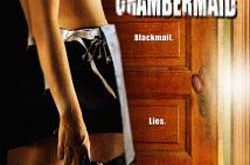 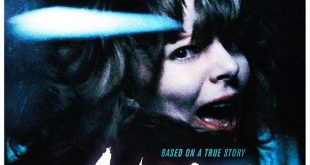 Cult Epic’s Angst – Blu-ray is Back by Popular Demand!