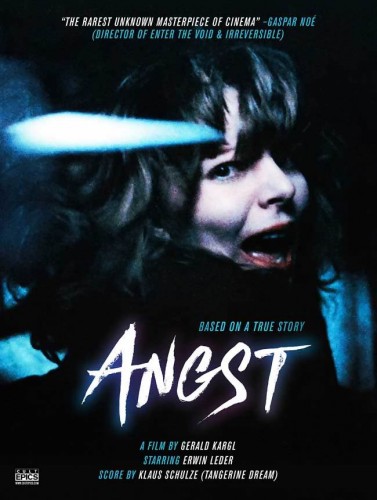 A psychopathic killer is released from prison after a ten-year term. Unable to restrain himself, he immediately sets out on a path of further mutilation and destruction. After botching an attempt at slaying a taxi driver, he escapes on foot into the woods. Discovering a secluded mansion, he breaks in, proceeding to terrorize the family living there.

In the horror genre, films that attempt to send us on a journey into the mind of a serial killer are a dime a dozen. But in the early ’80s, when sequelitis was in full force and knife-wielding maniacs were usually strong, silent types hiding behind an expressionless mask, the Austrian film Angst (aka Schizophrenia), had it received a wider global release, would have poked through the prevalent haze of escapist dross like a penis in a popcorn box. It is no surprise that the film has garnered a strong cult following over the years, despite both the fact that distributors were reluctant to get involved in the controversy surrounding its release, and the difficulty involved in obtaining a copy of the film ever since. 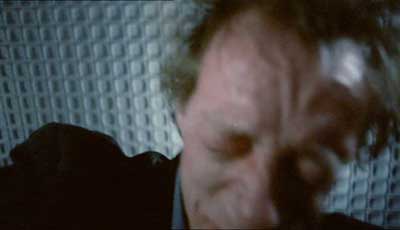 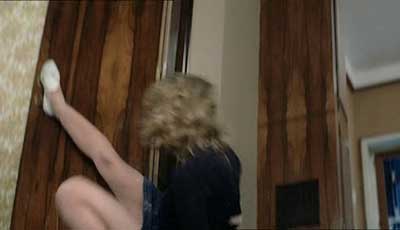 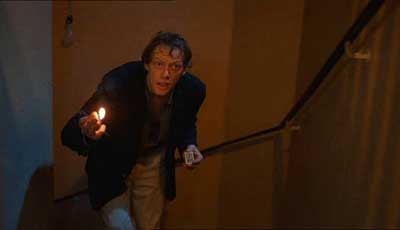 Where the typical slasher blueprint foregrounds body count and downplays the killer’s state of mind, Angst follows its deranged protagonist obsessively, keeping him in the spotlight and generally treating each act of violence with no more or less emphasis than his more relatable habits. The nameless killer (played to the hilt by Erwin Leder) narrates a stark confessional throughout the film, illuminating some of the elements that contribute to the making of a monster: humiliation, neglect, abandonment, sexual abuse, animal cruelty, the stigma of being an illegitimate child, and the unspeakable trauma of being sent to a convent. 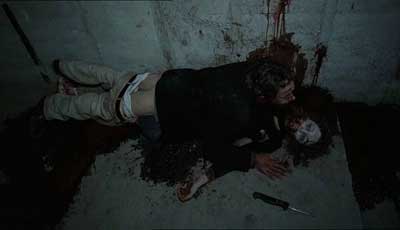 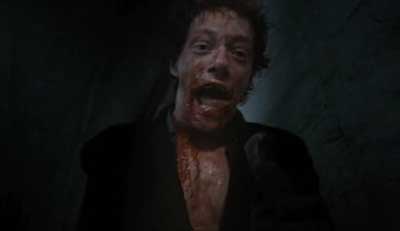 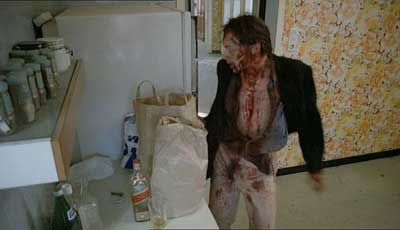 The film does not side with the killer, though, as much as it refuses to sit in judgement of him. This is one of the disturbing aspects of the film, anticipating the enraged reactions of audiences and critics alike to similar pillars of controversy that would follow, such as Henry: Portrait of a Serial Killer (1986), Jorg Buttgereit’s Schramm (1993) and Gasper Noé’s I Stand Alone (1998). The early work of Michael Haneke (likewise working in Austria) also comes to mind; director Gerald Kargl infuses Angst with a somewhat similar cold, clinical approach that is as fascinating as it is unnerving. This is heightened by the score, which is a considerable asset; the synthesizers of Klaus Schulze, one-time member of krautrock legends Tangerine Dream (scoring films at this time themselves) and Ash Ra Tempel, contribute a further layer of unease to the proceedings. 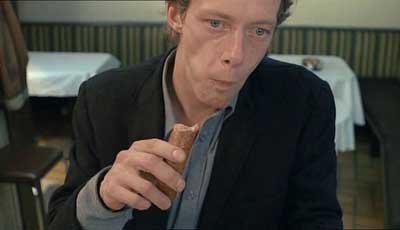 After the film’s premiere, a lengthy prologue containing more details about both the character’s history and fate was added, but removed sometime later; the 76-minute director’s cut is the definitive version of the film. Although there is one further recent change: there is only one gory scene in the entire movie, and director Kargl opted to have it slightly darkened optically in order to lessen the impact. Aside from this scene – a real showstopper, incorporating a vicious slaying followed by some relatively tastefully portrayed necrophilia – Angst does not rely on graphic violence for its impact. This is not unlike another highly controversial film of the same era, In a Glass Cage (1986), which also utilizes a morbid, oppressive atmosphere that takes considerable toll on the viewer.

Another aspect of the film that sets it apart from its peers, even decades after it was made, is the camerawork of cinematographer/cowriter/editor Zbigniew Rybczynski. For a low-budget burst of transgressive cinema, gritty and intense, the camerawork is audacious and continually dazzling – not least because the film is a technical tour de force while still keeping plenty of rough edges. Alternating between shaky handheld shots, intimate close-ups, lengthy tracking shots, and disembodied overhead angles that seem to reflect the gaze of an unmoved deity, it should be no surprise that Angst was a major influence on the style of Gaspar Noé, who eventually took this floating camera technique to overwhelming extremes in the psychedelic extravaganza Enter the Void (2009). The notorious subway scene in Noé’s Irreversible (2002) likewise owes a debt to a pivotal scene in Kargl’s film. 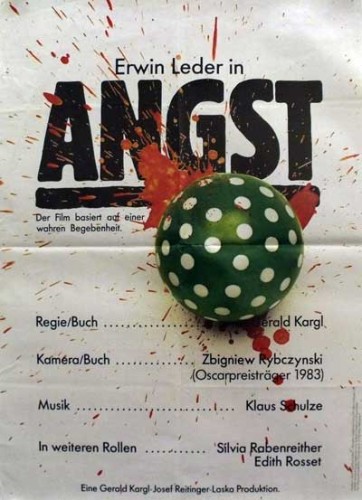 Angst is largely based on an actual case of mass murder that had occurred several years earlier, and parts of the killer’s voiceover are borrowed from statements made by real serial killers, such as the infamous Vampire of Düsseldorf. As he picks apart the origins of his angst and relates his sadistic fantasies, a sense of intimacy begins to develop, deepening the shock of each new revelation and savage outburst. Very few would want to get this close to a guy who gets off on other people’s fear and suffering. He is not superhuman, like Jason, not refined or gifted, like Hannibal Lecter, nor is he a scowling, shadowy presence like Henry. One thing that makes Angst more unsettling is that, on the surface, there is absolutely no distinction between this vicious madman and his unfortunate victims.

Angst is a benchmark of its kind as well as an outstanding technical achievement. It’s just unfortunate that it generated so much angst for its creator at the time; despite going on to make a shitload of commercials, shorts and documentaries afterwards, Gerald Kargl never made another feature film – and was all but bankrupted by this one.

Angst 1983 is now available on bluray per Cult Epics