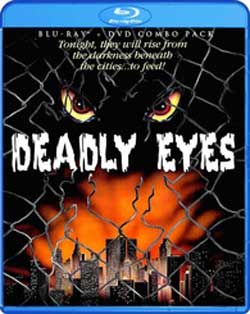 Contaminated grain breeds overgrown, killer rats in this Golden Harvest production. Dachshunds were dressed up as rats for the special effects.

Tonight they will rise from the darkness beneath the city… to feed!

Rats the size of dogs! Surely that opener statement should send enough chills to wet your appetite. Under the original title of “Night Eyes” this 1982 rodent horror film makes another appearance in the circuit with a brand new bluray release from Shout Factory. To be honest, they had me at “rats”! Rats small or large creep me the crap out! Now take that notion and pump them up to dog size coming at you in droves. Part of the charm here is the old style special efx used (which I’m assuming was a combination of puppets, live shots and perhaps the simple approach of covering actual dogs with rats suits) (confirmed – aka: Dachshunds wearing rat suits were used in the filming of Deadly Eyes per wikipedia research). 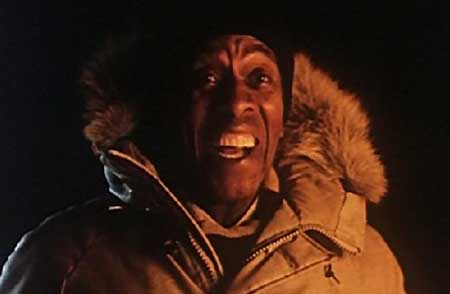 The rats themselves bear long teeth, crazy eyes, and 1 to 2 ft long tails. All this under an 80’s production and…..you can guess what kind of product you have.  Directed by Robert Clouse the story takes on a similar premise of others I’ve seen in the past. Basically a bad shipment of grain finds its way to the U.S. and is penalized to be burned per order of Elly (Sara Botsford), the local health department inspector. The rats are then forced to scour the streets of Toronto of which they then begin to terrorize the locals by jumping on them in packs and tearing away at their flesh (that’s pretty much the direction in a nutshell).

Though, no story would be complete without a cheesy school teacher and health inspector romance. Sam Groom plays Paul Harris, a recently divorced school teacher and high school coach who at current seems to have a problem with young student Trudy (Lisa Anglos) who insistently believes she can turn her crush into reality by seducing the coach. That aside, Sam eventually runs into Elly which sparks a new romance during the rat crisis. 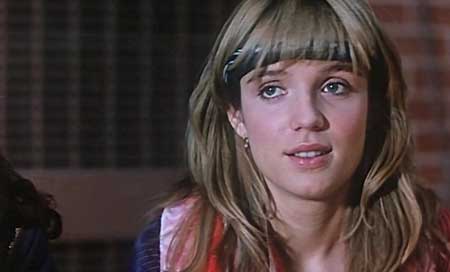 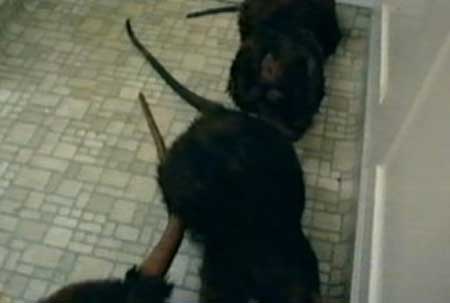 The health department wants to deny things in fear of local political unrest while Elly stays persistent that this rat problem is “bigger” than they realize. By big we mean huge furry rats that like to chew on anything that moves. From this, we get plenty of “rat attack moments” and nasty scenes of rats pulling on peoples faces….good stuff indeed! 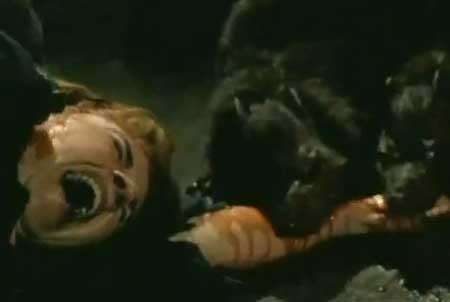 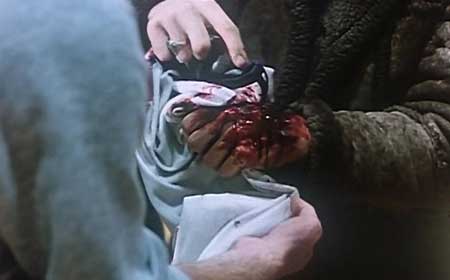 Scatman Crothers has a small role in the film as the designated first rat victim. This begins to ramp up from simple hand bites to full on fly-to-the-face attacks. The highlight scene here of the film is the movie theater attack where big furry rats running rampant thru the isles start to take down everyone they can grip their teeth into. Close ups, provide the humor here zooming in on puppet modeled props in mid chew. 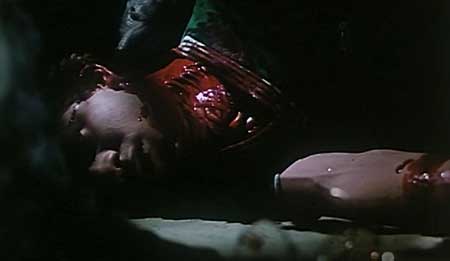 The city’s mayor (who seems to be part of the rat issue) wants to cover up what’s going on in favor of his public political agenda. He also becomes the victim of a brutal subway attack which brings the moral of the film full circle.

Here is a fun fact per way of the IMBD site:
At one point during filming, one of the Dachshunds playing the rats died on set, possibly due to suffocation from being trapped in the rat suit. Although the dogs were generally treated well during production.

It’s all very silly and very 80’s which might be enough to make the experience worth while. In short, it was great to see films like this and others finally get a proper digital restoration for new viewers. This was one of the “rat pack” movies of the 80’s I missed (and am glad I got a chance to see it). Have fun with it and take it for what it is…. its a movie about giant rats.

Pick up Deadly Eyes now on bluray per Shout Factory