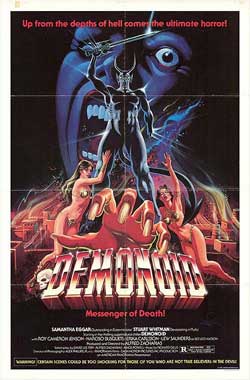 A British woman visits her husband at the Mexican mine he is attempting to reopen and discovers that the workers refuse to enter the mine fearing an ancient curse. The couple enter the mine to prove there is no danger and inadvertently release a demon which possess people’s left hands and forces them to behave in a suitably diabolical manner. The only way for a possessed person to free themselves from this torment is to cut off their left hand after which it scurries away in search of its next victim.

Demonoid: The Messenger of Death, a promising title.  Demonoid implies many conceptual ideas.  Perhaps a robot demon hybrid?  Even the subtext in the title, “The Messenger of Death,” promises great things.  Unfortunately, for us unaware viewers, this movie offers nothing close to great.  No demonoid.  No messenger of death.  Just a moving hand that invisibly assimilates to people.  Throw in a confusing and inexplicable hurried plot, and you have the rest of the movie. 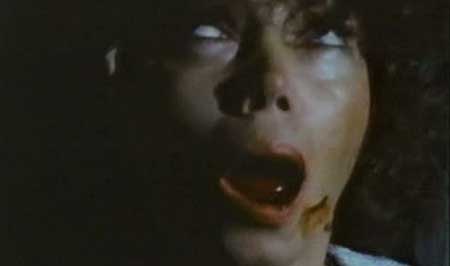 To start, no demon is featured.   During the entire duration of this movie, the audience never really sees anything demonic— with the exception of a demonic-looking silhouette that briefly manifests onto the screen for a millisecond, holding a sword while lightning bolts flash in the background like the cover of a Tenacious D cover album.  And then no message is ever conveyed.  If it does exist within this hollow mess, then we don’t know what the message is, or who is delivering it.  The title should have read, “The Thing: Origin Stories.”

The film opens with credits made in ‘80s Microsoft computer graphics that glide from the bottom to the top of the screen like slow moving space ships waddling in Galaga.  A cult-like assembly marches in yellow KKK cloaks.  Suddenly, things go awry and two of the hooded members are holding one down in a display of horrific choreographed stage fighting.  The two unmask their victim to reveal a blonde woman.  They then chain her up to a cave wall, and in the tussle, naturally, her top rips open, exposing her breasts.  One of the hooded men approaches her with a large knife, and in a flash we first see the demonic-looking silhouette, “the demonoid.” 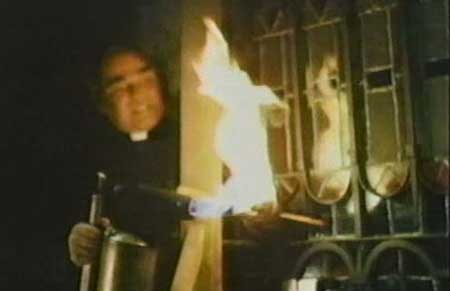 Up until this moment, you expect the following events to unfold like a snuff film.  A young and attractive woman dangles helplessly from chains and screams as a sinister male figure approaches her with sharp and menacing objects.  The prelude conforms to the formula.  However, what happens next is nowhere near as interesting as what we would conceive of as happening in a “snuff film.”  The sinister male figure cuts off her left hand, which the hand then proceeds to crawl on its own until one of the sunshine clan members seals it in a hand-shaped box.  Cut to the title (styled in the same retro computer graphics as the opening credits), and what happen next is a fast slide into absurd situations. 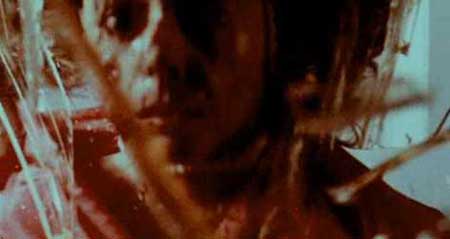 The strange incidents of the introductory scene occurred in an obscure city in Mexico (because everyone knows the devil lives in Mexico).  A British woman named Jennifer visits her husband, the owner and director of a mine.  Mark Banes fits the cliché for white Western sweat shop owners—culturally insensitive, greedy, and slightly sociopathic.  The overweight and aged slob can’t even drive to the airport to meet his leggy and over-cheerful wife— whose overtly “good housewife” routine nauseates us hapless viewers.  A disgustingly stereotypical caricature of the Westerner’s perception of the light-hearted and superstitious Mexican, Pepé, accompanies Jennifer to the mine where she meets Mark in high heels while skeletons fall from the mine’s ceiling.

By the way, no one ever even mentions the skeletons after Jennifer has her freak out. 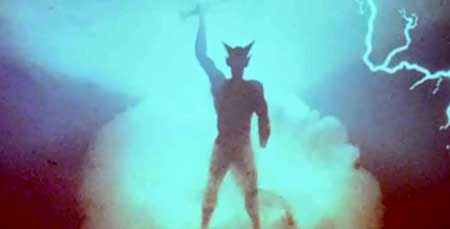 Instead, Mark is more interested in the silver.  But the local Mexicans, as superstitious as they’re represented, allude to a local legend involving the cave.  Mark scoffs at what he sees as their primitive ways and continues, like most ignorant doomed white people in horror, to pillage satanic sacred ground.  Not only does he ignore their warnings, he also, in stupidly falling into the chamber used for rituals, extracts the hand-shaped box.  He holds up the box to the altar and haughtily proclaims, “Your curse is broken.” And all one can think is…

Dumb white people.  Sure, I’ll not only (in what is essentially looting) take this ancient artifact, but I’ll also insult the ominous inscription attached to it that guarantees an inevitable curse.

What happens next is easily predicted.  The hand escapes its prison after Mark drunkenly fumbles with the box.  After it assimilates to him, Mark turns into a giant asshole, leaving his whimsical wife and acting the part of a playboy in Vegas.  Jennifer somehow tracks him down in a casino where the front desk clerk jokes about how many “Mrs. Mark Banes” he’s met that day.  Jennifer does not seem to react properly to this preposterous statement.  And after Mark meets death in a fiery fate, Jennifer continues to demonstrate a lack of any remorse.  To be fair, he was a lousy husband even before the devil’s hand took over. 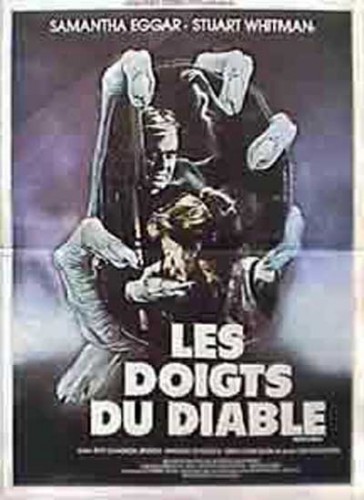 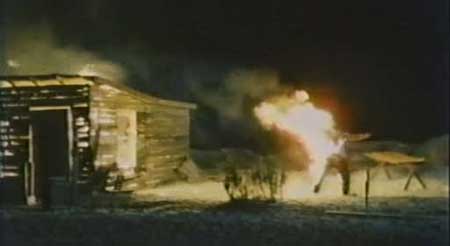 Jennifer then goes on a self-constructed private investigation into what the hand is, and how to destroy it.  Several hand jobs, collateral deaths, and local religious authority consultations later, and she seemingly destroys it.  The plot moves fast and leaves no time for explanations or continuity.  At the foundation, this movie is about a woman running from a naughty hand, which in the end dials up UPS and asks to get sent to Jennifer’s new swank apartment.  Moral of the story: Stay out of Mexico.