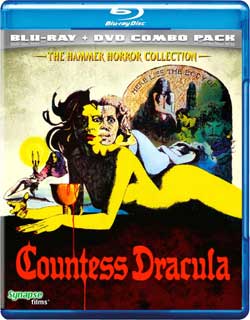 In medieval Europe aging Countess Elisabeth rules harshly with the help of lover Captain Dobi. Finding that washing in the blood of young girls makes her young again she gets Dobi to start abducting likely candidates. The Countess – pretending to be her own daughter – starts dallying with a younger man, much to Dobi’s annoyance. The disappearances cause mounting terror locally, and when she finds out that only the blood of a virgin does the job, Dobi is sent out again with a more difficult task.

Dare I say, having viewed thousands of horror films that I still was quite the newbie when it comes to Hammer horror movies. This was mostly by choice as my interest in the genre tends to stick with films that are out of the circle of many classic movie monsters, namely old school Dracula films. As I grow older, I find myself wanting to re-visit this idea by giving some of these classics a first time over. Now restored and presented in bluray…well, it seems a better time than ever. 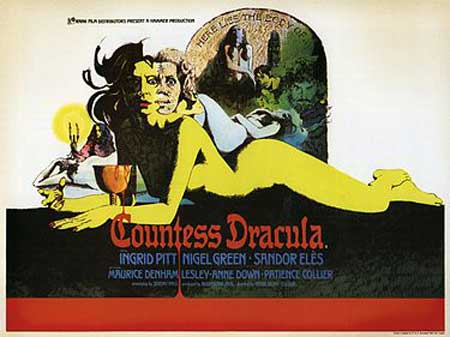 My film for today is a 1971 movie by the name of “Countess Dracula” starring old school beauty Ingrid Pitt. Ingrid is definitely worth the time investment, whether you are a fan of 70’s or not. This UK film is directed by Peter Sasdy who has done “plenty” in the way of Dracula themed films and Hammer branded releases.

By all accounts, this film is closer to an “origin” of Elizabeth Bathory film than anything. The “Dracula” in the title should not be confused by lumping this film into a vampire-themed picture, as there are no fangs, no bats, or creatures of the night. The film sets the foundation for Bathory’s mythology discovering soon after her husband’s death that by applying blood to her skin, she is given a renewed younger appearance. 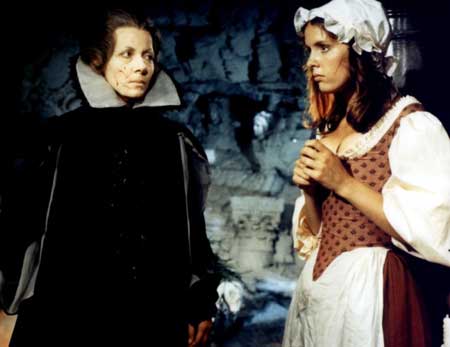 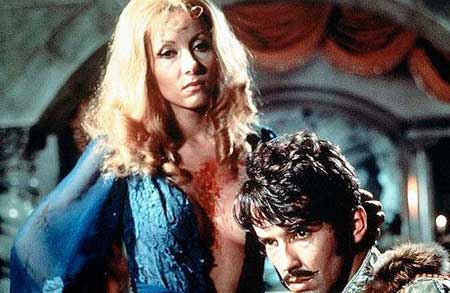 Now aged, feeble and covered in wrinkled skin, Bathory takes on the identity of her daughter Ilona who is reported to arrive at the castle after being away for many years. Upon arrival Ilona (Lesley-Anne Down) is kidnapped and held in a remote location so that Elizabeth can flourish in her new chosen identity. She wastes no time in courting and building a romance with the a Lt. Imre Toth (Sandor Elès) who has just inherited the stable from the estate. The transformation forces Elizabeth to continue to seek out fresh bodies so that she can bathe in their blood thus rejuvenating her fountain of youth transformation. This transformation only lasts a few days which results in Elizabeth resorting batch to her old self (each time more aged than the previous). 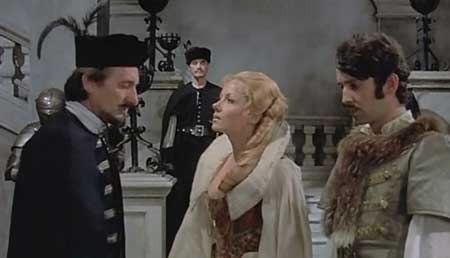 Ingrid Pitt stars as Countess Elisabeth Nodosheen (Bathory) who also takes on the character of Ilona, her daughter. She is aided by Captain Dobi, the Castle Steward (Nigel Green) who is actually in love with Elizabeth’s older self. Dobi orchestrates the kidnapping to keep Ilona out of sight. He is called upon under Elizabeth’s command to continue to retrieve fresh virgin blood so that she stay in full restoration. Things begin to complicate when the murdered victims are discovered thus creating an investigation into the identity of the killer. Imre Toth discovers the truth about his bride to be but is blackmailed into carrying thru with the ceremony. 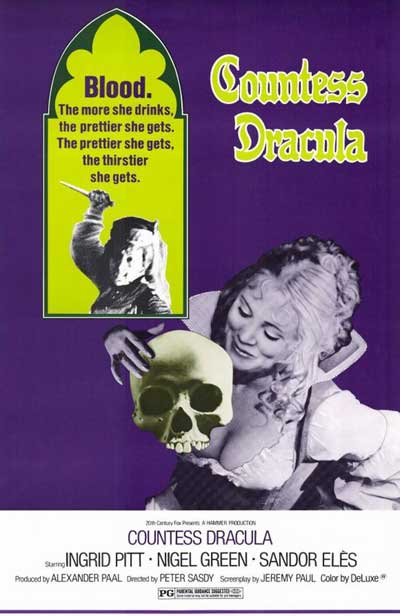 The film “Countess Dracula” keeps things exciting by painting an elaborate plot that centers around the Countess’s desire to stay young. A strong Hammer film in itself, it was refreshing to deliver on the Bathory legend with such a full circled storyline. It’s final act works perfectly bringing the whole affair into full resolution. 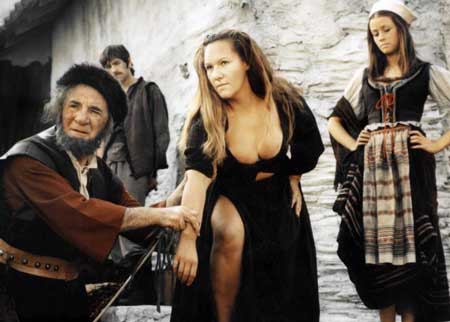 Synapse has once again given new vigor to an old film while also keeping the movie’s original look and feel in tact. Grainy but perfect for high res viewing, this release keeps its original film quality much like when it first arrived in 1971. I truly enjoyed the acting performances and of course the great revealing shots of Ingrid that only reminds what a beauty she was in her prime. Actress Lesley-Anne Down also brings a demure innocence to the film that provides a solid contrast to her mother’s actions. 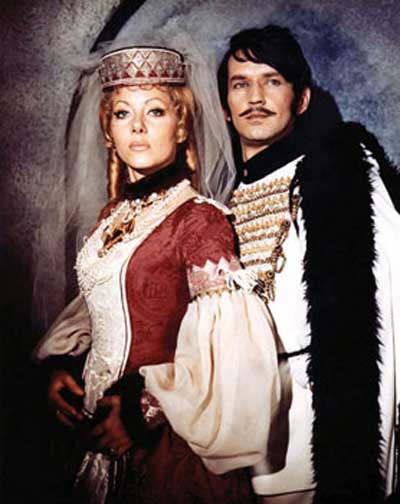 Filmd on set in Buckinghamshire, England, it is worth mentioning what a fantastic “castle setting” the movie has at disposal that rich in old world decor. It’s also worth mentioning that in research it was noted that Ingrid Pitt’s voice was dubbed in the final film, though I personally didn’t notice in my viewing. 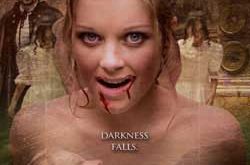