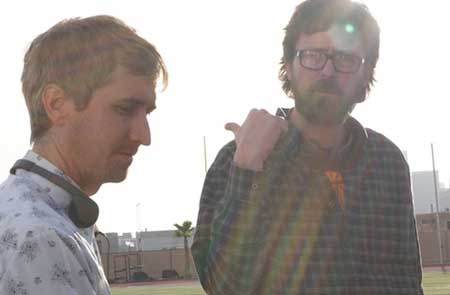 Director Chris Sivertson was at the helm of successful films like The Lost (2006), I Know Who Killed Me (2007) & Brawler (2011). Lucky McKee has directed The Woman (2011), Red (2008), The Woods (2006) and one of my top 10 fave films of all time, May (2006). Together they collaborated on a short called All Cheerleaders Die back in 2001 and, although it took longer than expected, they’ve finally gotten to directing a full length feature based on that short film called (What else?), All Cheerleaders Die. I spoke with the duo about the making of the film and their hopes for a sequel.

Horrornews.net: Thanks for sparing me a few minutes of your time fellas. Congratulations on the film. Was making All Cheerleaders Die as fun as it was to watch it?

Chris Sivertson: Yeah, It was a fun one. The vibe, the humor, the fun nature of the script was on the set all of the time. And it was fun to make a movie with Lucky because we live in different states now so just to be able to hang out with my friend and make something that we both really believed in was a blast.

Lucky McKee: (In the background) I agree with you! 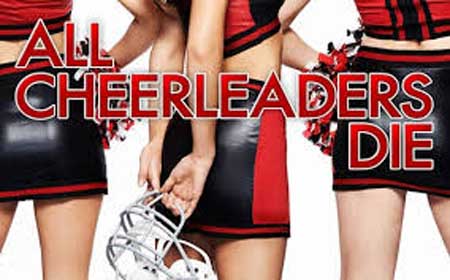 HNN: How exactly did this collaboration come about?

LM: How did this one get started Chris? It just came up in conversation one day. “What do you think about revisiting this initial impulse that got us interested in making feature films?” was the question we asked ourselves. I’d had some success making The Woman with producer Andrew Van Der Houten over at ModernCine and was thinking about making another really heavy film and I wasn’t sure if I could do it again for another year and a half. Chris and I had tossed around the idea of either re-imagining or remaking All Cheerleaders Die over the years and it just seemed like now was the right time to do it. I can’t speak for Chris but it really opened me up to the possibilities of the kinds of films we could make in the future because it was playing way outside of our comfort zones and it just seemed like the most exciting thing to do at the time.

HNN: What was it about making All Cheerleaders Die that took you out of your “Comfort Zones“?

LM: The fantastic elements, the huge ensemble cast, the brightness of it, the faster pace of it – Chris….?

CS: Yeah, all those things, the tone of it. I guess the best way to put it is us just trying to make a straight up popcorn movie, something that we both love but haven’t necessarily made before. 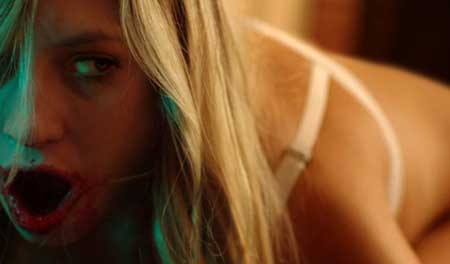 LM: Yeah! And the fact that there was such a variety of them as well. We could play with so many different personalities here and when you do that, you hopefully create a situation where each person that watches the film connects to a different character and you kind of try to paint all of the characters in a genuine way. It was a challenge to find the right girls for the roles and then watching to see what choices they made in playing their roles. I’ve worked primarily with actresses playing the lead in most of my films so I was extremely comfortable working with all of the actresses here, that was right in my comfort zone. But at the same time I haven’t really worked with a lot of male actors in strong roles so to have five guys with different personalities was great as well. Having that mutual perspective with Chris was really exciting and it just expanded the possibilities for us as directors in the future. 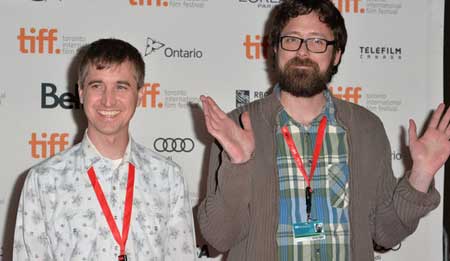 HNN: Chris, how were the directorial duties split up between you & Lucky?

CS: We both did everything. We never sat down ahead of time to divide duties. I probably wouldn’t be able to do that with anyone else but I’ve known Lucky for so long & we both learned how to make movies together, we’re really close. There’s just a very natural give and take between us – it’s hard to describe but I guess you could call it very intuitive. We’re both really hands on with the movies we make and it was no different here.

HNN: But there had to be some disagreements. Opinions had to differ every once in a while…

CS: Of course, otherwise we’d be robots! But when we hit something that one of us wasn’t crazy about we just came up with something else. Although you can make a movie all by yourself if you want [laughing], but it’s not going to be very interesting. The very nature of film making is collaboration, it’s a collaborative process. This was good, especially with us coming from making these hardcore independent films where we had a lot of creative control, to have to share that with a bunch of cheerleaders was good for us. It was good for us as film makers and it expanded our knowledge and feelings about collaboration. It was a good thing when we disagreed on something because it meant that we both had to collaborate and find a mutual ground between the both of us. A lot of the time the things we disagreed on led to much better ideas actually. 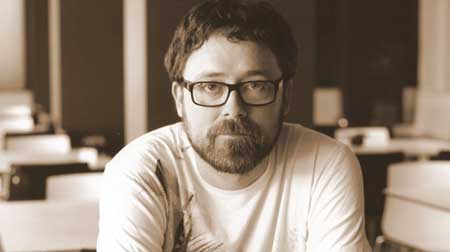 HNN: Are there plans to work together again in the future? Maybe on a sequel?

CS: [Laughing] If the audience wants a sequel, we have the story pretty much mapped out already. We’ll just have to wait & see I guess. 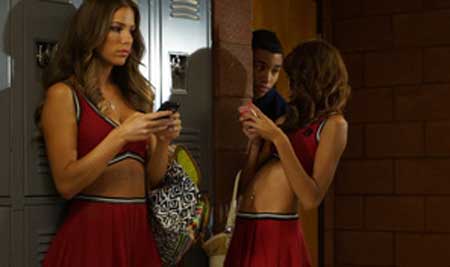 HNN: I spoke with Sianoa (Smit-McPhee) yesterday and she was all gung ho for a sequel and so was I.

HNN: Yup. And she has the greatest name! How long did it take to finish the film?

LM: It was slightly less than a year from the beginning of casting to the premiere in Toronto.

HNN: And what kind of reception did the film get at Toronto? (TIFF – Toronto International Film Festival)

CS: It was fun! We were the opening night film there. The movie was made to get reactions from an audience so it was fun to hear a crowd of 1200 people reacting to it at midnight. It’s supposed to be a party movie and it was taken in that light so it was a lot of fun. 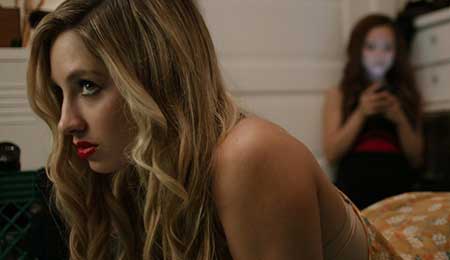 HNN: Now that All Cheerleaders Die is finished what’s up next for both of you either individually or as a pair?

LM: Right now I’m just writing. I’ve got a couple of things on the burner that I’m really excited about, but we’d really like to continue this series because we both feel like this is just act one of a much larger story that we have in mind for the cheerleaders.

All Cheerleaders Die will be available on VOD on May, 8th. 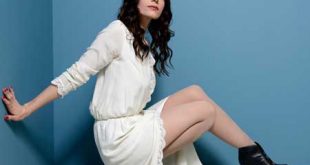