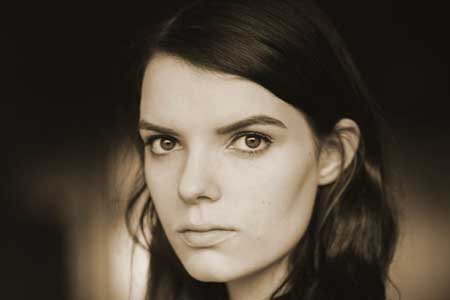 Actress Sianoa (Pronounced “Sha-No-Ah“) Smit-McPhee has been acting since she was a child and has appeared on various TV shows like Criminal Minds, It’s Always Sunny In Philadelphia, Hung and the extremely popular Australian series, Neighbors. Seemingly born to be an actor (Her dad & younger brother are also actors), she’s also appeared in films like Firelight (2012), Touchback (2011) and her latest release, All Cheerleaders Die, which will be available on VOD on May, 8th ahead of it’s theatrical release on June 13th. Written & Directed by Lucky McKee & Chris Sivertson, All Cheerleaders Die is about a cheerleader who makes the squad in order to get revenge on the people who killed her best friend and the supernatural mess that she finds herself in afterwards. Ms. Smit-McPhee is out beating the drums for this one and I managed to snare her for a few minutes to talk about herself & the film.

Horrornews.net: One of your directors on this film, Lucky McKee, is known for featuring really strong female characters in his films and this one is no different. What was it like working with him?

Sianoa Smit-McPhee: It was super awesome! I formed a really tight bond with both the directors right from the beginning & we collaborated a lot. I made vision boards with hundreds of photos describing the person that I thought my character was and they agreed with every choice I made. He kind of just trusted me and let me go with the character so much that he allowed my husband, who was on the set everyday, and I to write some music for the film. The music you hear on the trailer and the first song you hear at the end credits were written & performed by us. I loved working with both of them & I’d work with them again anytime. 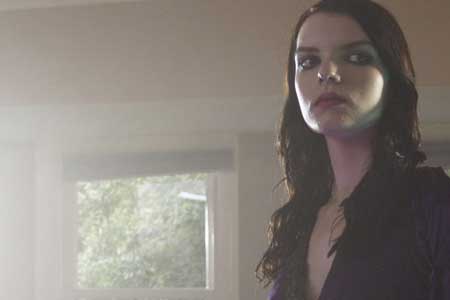 HNN: So even thought they agreed with your take on the character did they ever try to make adjustments to your interpretation as filming commenced?

SSM: It’s totally my take on Leena. Actually my agent sent me the script and wanted me to go out for the character of Maddie but once I had read the script I told her “No Way – I’m Leena”. So I went it for Leena and they called me back really quickly telling me that I had the role.

HNN: Did the title of the film give you pause for a second before you decided to audition for it?

SSM: Not really because I go out for so many auditions a day, sometimes it’s as many as three a day for up to a week. So for me it was just another audition that I had to do. I’m always reading a ton of scripts and I don’t get too many of the jobs that I go out for [Laughing], so I just put all of my effort into each one of them individually and when I leave I just let them go, title and all. It’s when you actually get the job that you start absorbing the title and what it means to your character. I actually just think it’s cool that Leena’s a witch! She’s really into crystals and I’m wearing crystals right now and my husband & I have them all over the house. 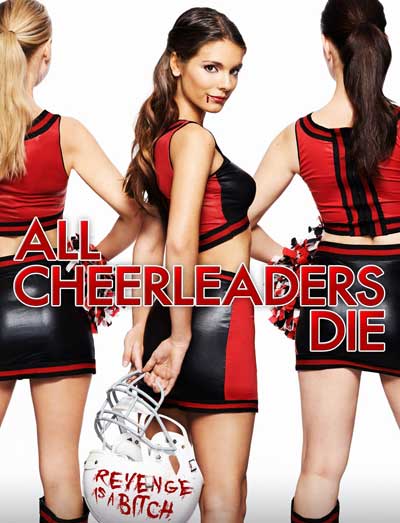 HNN: Were you uncomfortable with any of the girl on girl make out scenes beforehand?

SSM: Basically Caitlin (Stasey, who plays Maddie) and I have known each other since I was 11. We’re both from Australia and we were both actresses on a TV show called Neighbors for 3 years. By some bizarre twist of fate she got the role of Maddie and she texted me asking if I was going to do this “Cheerleader Movie”! The scene at the end of the film where Maddie & Leena kiss each other wasn’t originally scripted, it was just a hug in the script at first. But we’re such good friends that we thought the end of the film needed something better than just a hug because Leena was fighting for so long to get Maddie back into her arms, of course she was gonna kiss her! So we asked Lucky & Chris, “Can we kiss each other?”, and they agreed with the idea. 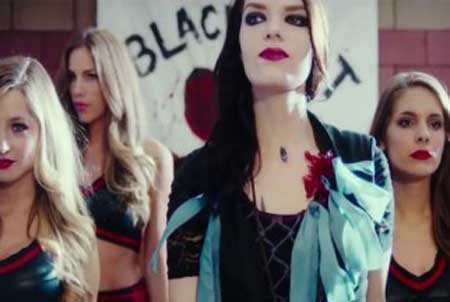 HNN: As if they were really gonna tell you “No”…

HNN: The movie ends with the promise of a sequel…

HNN: Has there been any serious talk of a sequel going into production any time soon?

SSM: We’re just waiting to see the reaction to this one. If it goes well enough we’re all ready to make another one.

HNN: What was it like growing up in your household since both your dad (Actor Andy McPhee) and your brother (Actor Kody Smit-McPhee) are both working actors?

SSM: When I look back at it now I can call it awesome but I’ve been brought into it from the start. I got my first head shots when I was one year old and I was singing, dancing, modeling & acting since then so its about the only thing I can do. I love the arts and entertaining is my favorite thing ever to do and I’ll be involved in the arts forever. Luckily both of my parents are in the business as well so we get together and work on scripts and give each other feedback on our roles. So yeah…it was good growing up! 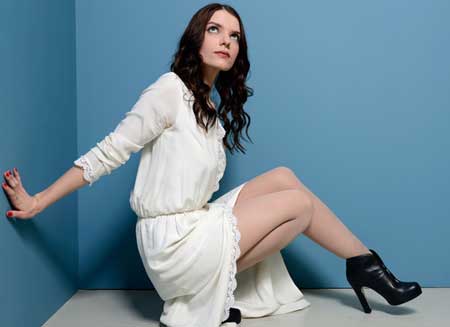 HNN: Has there ever been any professional rivalry between you and your brother?

SSM: No – not really. We’re all just grateful to be working all of the time!

HNN: You’re well versed in both movies and TV. Which do you prefer to perform in? 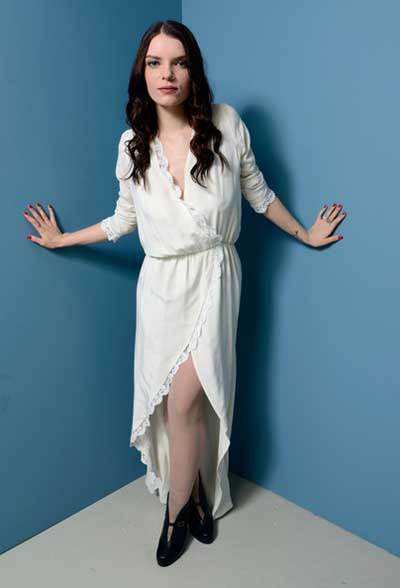 SSM: I just love performing and the arts. It could be on stage, a TV series, a short or a feature film – it doesn’t matter to me. I just love the arts and I want to be involved with them for the rest of my life. 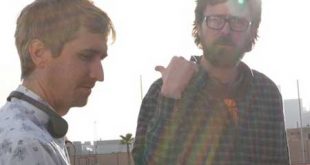 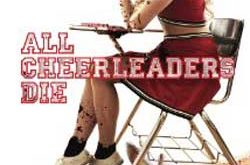 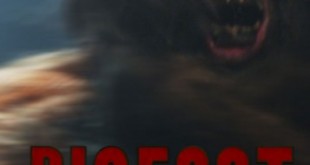 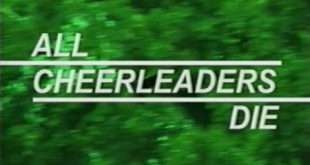