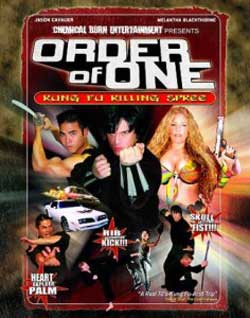 After years of searching, the crime lord of the city, Mr. Park, is about to get his wish: Soon he will have the ultimate talisman: The Sword of Destiny. Forged from the spear that pierced the skin of Jesus, the sword gives unspeakable power to whoever touches it. Park, however, underestimates the tenacity of the escaped convict Sonny and his unwilling cohort Ross Conroy.

In the past few years, the window of time between a theatrical release and a home video release has gotten smaller and smaller. There are two big reasons that I can see for this diminishing time frame. One of the reasons is the rise of the internet and the growth of the digital format. The movies are getting easier to pirate which means that the studios and independent filmmakers are going to want a smaller gap of unavailability for a movie. The other reason is that there is an oversaturation of movies being released. Without having a movie available to the public, it becomes forgotten among the many releases each week. Thus, it is more frequent to see a shorter amount of time between theatrical release and home video. Order of One was not a movie with a short home video turnaround. 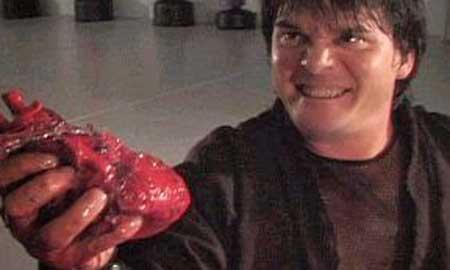 Directed by Kevin Woodhouse and Jason Cavalier and released in 2006, Order of One found its way to home video in 2011. It tells the story of Sonny (Jason Cavalier), a convict caught in the middle of a violent battle for a sword after escaping during a prison transfer. The evil Mr. Park (Hyung Chul Kim) puts Sonny’s karate skills to the test as he tries to steal the sword for himself. Sonny and his new partner Ross (Kevin Woodhouse) must fight enemies that include female assassins, the owner of a strip club, and someone from his past. It is an action packed thrill ride from beginning to end.

This is not to say that Order of One is for everyone. It would be a lie and a disservice to all of you if I said this was a flawless movie. There were many problems with it. First and foremost was the use of Dutch angles. Order of One should have changed its subtitle from Kung-Fu Killing Spree to Dutch Angle Annoying Spree. The majority of the movie was framed in oddly angled shots that were painful and headache inducing to look at. Sometimes it is better to have a static shot that is level to the ground and leaves the scenery in a normal position. Dutch angles can be put to good use when giving an off-kilter feeling but should never be the standard operating procedure of a film. Overuse can make the style of framing feel tedious, as it did throughout this movie.

Beyond the camera work, there were a host of other subpar aspects of Order of One that all happened because of the low-budget. There was barely any set design present. Most of the locations were either outdoors or in what looked to be a warehouse or a basement. The dressing of the sets seemed to be painted drywall and boxes. The look of the sets took away from the mystical wonder of the story and instead made everything feel average. There was also a lack of acting talent in Order of One which can easily be attributed to the fact that there was no budget to spend on professional actors. It all comes down to money when taking into consideration the lesser attributes of Order of One. 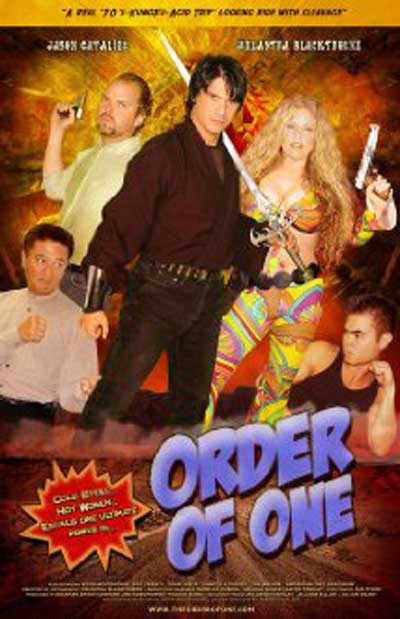 That said, there is still a lot to appreciate in the movie. The action scenes throughout Order of One were well choreographed and well performed. It was easy to tell that the actors who were fighting with martial arts knew how to perform the moves. The real moves, that is. There were a few over-the-top fake moves such as “heart extraction fist” that could not have been done in reality without murdering someone. The rest of the moves included real kicks and real punches. The execution was as realistic as it could be, up until the point that any fake moves came into play. The great thing about this sense of realism was that it brought in an additional sense of danger during the fight scenes.

The biggest sense of danger in Order of One came from the car chases. The characters sped through the streets, sliding around corners and doing high speed U-turns. At one point, both Jason Cavalier and Kevin Woodhouse were tied to the back of a car and dragged down a road. These were the actual actors sliding along the road. When one of them got free, he jumped through the windshield of a moving car. There were no digital enhancements to any of this action. Then that same character, Sonny, leapt from one moving car to another. Stunt work like this is impressive in big budget films. Having this kind of work in a movie that cost less than $100,000 blew my mind.

Order of One is a movie worth watching to see the action. Though I was apprehensive due to the low-budget quality and the camera work, there was a lot to commend. Jason Cavalier and Kevin Woodhouse are masters of highlighting the skill and precision of their action. They allowed it to take over the movie and it was the right choice. Order of One would not have been half as entertaining as it turned out to be were it not for the action. Once the action began, the movie became a delight. And it never let up.