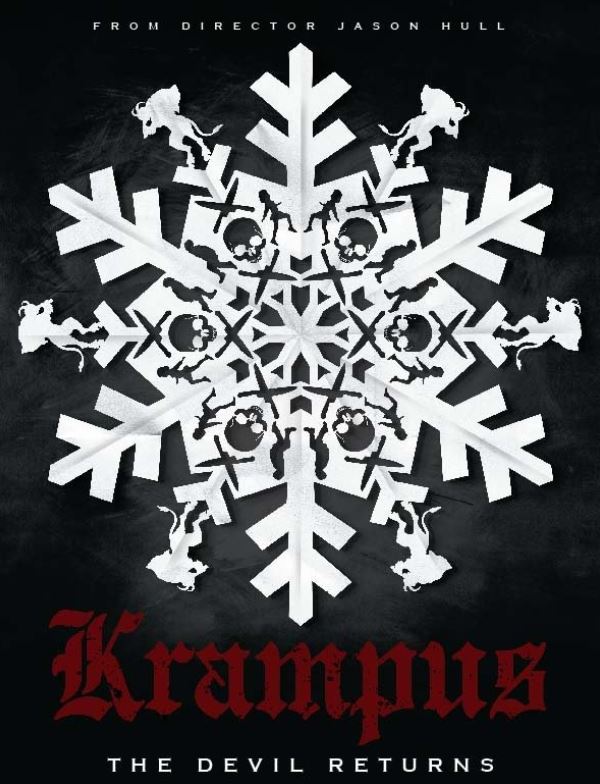 Five years after the murder of his wife and disappearance of his daughter, former police officer Jeremy Duffin is brought back to help in the hunt for a yuletide monster that punishes children that have been “naughty.” As the monster becomes more erratic and unpredictable, Jeremy learns the truth about the disappearance of his daughter and the fate that has been bestowed upon him by an unlikely source. Can Jeremy finally end the nightmare Christmas monster that has terrorized this town for years?

Krampus: The Christmas Devil Returns is another entry in the seemingly endless run of evil “Santa” movies originally kicked off by the brief Tales from the Crypt segment, “And all through the House…” starring Joan Collins way back in 1972. It was only after a few Santa-less Christmas horror films, such as Bob Clark’s classic Black Christmas (1974) and Theodore Gershuny’s almost classic Silent Night, Bloody Night (1974), that the Killer Santa idea really took hold with Lewis Jackson’s Christmas Evil (1980).

But it’s only been over the last couple of years that Santa’s full-blown alter ego, Krampus, has made his way from the Germanic/Eastern European subliminal self into the publicly dark psyche of American horror films. This one is directed by Jason Hull, and stars A. J. Leslie, who also co-wrote the script with Hull, as Jeremy Duffin, an ex-cop on a mission to stop the beast that destroyed his life years before. Also in the cast are Malantha Blackthorne as leather-clad killing machine Natasha; Ben Berlin as a lethargic, top-heavy Krampus; and Paul Ferm portraying the poor man’s version of Billy Bob Thorton’s poor man’s version of a trailer park Santa.

The film starts off with a couple of children, one rather doltish and nasty and the other merely an enabler, finding an abandoned house and vandalizing it. After trampling Christmas decorations which, by all logic, shouldn’t be there considering the house is abandoned, the two kids break in and proceed to leave their own mark on the shabby not-so-sheik interior.

This brings on the attention of a shadowy figure who then sweeps them up. Immediately after this, another obtuse punk muscles his way through a very thin line of children in what, oddly enough, appears to be someone’s house; the children, and their overly cheerful parents, are lined up and eagerly awaiting to partake in the Holiday tradition of having a little personal tête-à-tête with Ferm’s straggly Honky-Tonk Santa. Why this isn’t being done in a department store or mall isn’t clarified and just comes off as odd. Anyway, the elbowing lummox eventually disappears as well in a following scene, stuffed in a bag and dragged off to Krampus’s lair (that is, Santa’s tar paper, Texas Chainsaw Massacre shack) where he and other naughty children are whipped into unconsciousness. Enter Jeremy Duffin, a once proud, hard-edged cop who has spiraled into drunken hard times due to his wife being killed, and his daughter being kidnapped, by Krampus in the previous film. Of course, the local authorities can’t handle the chaos resulting from local pre-teen goons disappearing; apparently the community doesn’t know a good thing when it sees it.

The acting in the film is fairly sub-par for the most part. No one really delivers a satisfactory performance. Although Paul Ferm has a definite screen presence, it’s not a good one; he resembles more a flophouse drunk, red nose and all, blearily tolerating each scene until he can get to his next drink rather than Edmund Gwenn’s amiable and energetic Kris Kringle from Miracle on 34th Street.

But, then again, perhaps Hull was going for that shabby, washed out impression, trying to embellish the unease with a seedy queasiness, making Santa the flea trap brains and Krampus the dull brawn in this Yuletide serial killer rampage. If so, they succeeded, but still not well. A. J. Leslie does have the occasional solid acting moments, but is generally unconvincing as well; he, unlike Ferm, though, does have a screen presence that draws the eye to him in a positive way whenever he’s present. Unfortunately, this gets’ lost once he shaves himself clean, Travis Bickle-style, about mid-way through the film. 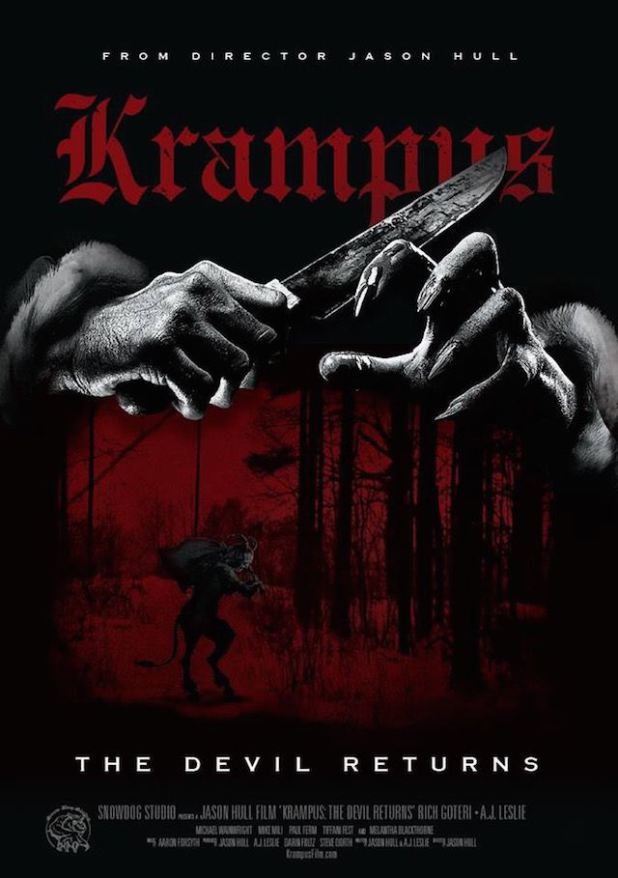 The script, as in most micro-budget horror movies, is a bit muddled and isn’t clarified any by sluggish direction and listless editing. There are a few twists thrown in, one rather surprising and distasteful, and a couple of almost adequate scenes of the police skulking through falling snow in search of their prey; but still, the final completed product is strictly small change and only for the Killer Christmas completist.