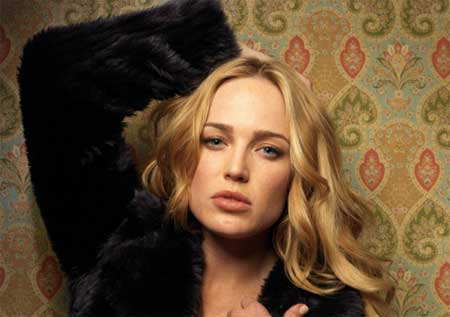 Actress Caity Lotz should be no stranger to fans of genre entertainment. She’s currently playing the dual role of Sarah Lance/Black Canary on TV’s ARROW and has appeared in 2012’s well regarded “The Pact“. She’s also appeared in “Bring It On: All Or Nothing” (2006) & “Battle Of The Year” (2013). Currently she’s got the title role in the latest film from director Caradog W. James, “The Machine“. I managed to snag her for a few moments to find out what it was like working on what’s turned out to be a very entertaining sci-fi action film.

Horrornews.net: Congratulations on the success of “The Machine“! I have to admit that I was pleasantly surprised at how much I enjoyed it.

HNN: What was it about the script that made you want to become part of the project?

CL: I really loved the opportunity to play a dual role and the fact that one of them wasn’t human was very exciting to me. So I got to create a character from scratch, a chance to re-invent something & get creative with it. 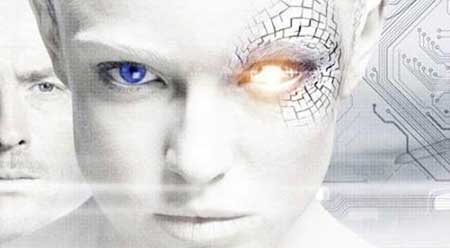 HNN: Did you have to audition for the role or was it just offered to you straight away?

CL: They actually were overseas so I contacted the director on Skype & then I recorded myself in the role of the machine so they could see my take on playing the role. After I sent the tape to them, the rest was history.

HNN: You mentioned your take on playing the role of the robot. What led you to play the role in the manner you did? You changed your voice & your mannerisms to a certain extent as well, I was wondering how you decided on your final interpretation for the part? 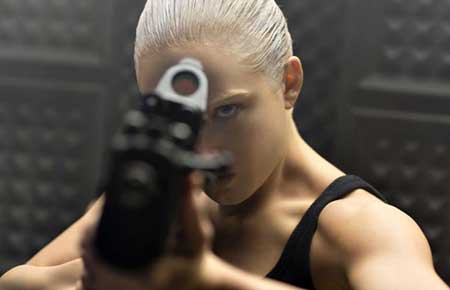 HNN: Was there any particular inspiration for deciding on those choices?

CL: I don’t know. I just kind of changed the positioning of my body and found a gait that made me feel a certain way, like I was a robot. I guess you could say that I really loved Michael Fassbender’s role in PROMETHEUS as well. I liked the way he played the part of David the cyborg.

HNN: That’s what I was shooting for with that question! I was wondering if there was a certain performance you were paying homage to…

CL: I was actually impressed with his performance before I saw the movie! I realized it was something special when I saw the trailer for “PROMETHEUS“. 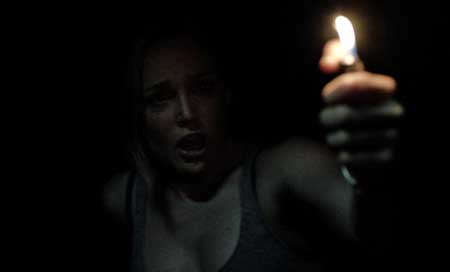 HNN: Is this the first time you’ve played a role in a science fiction film?

CL: I did a horror movie called “The Pact” a few years ago which is really good but I never appeared in a sci-fi film before this one.

HNN: Your director, Caradog W. James, seemed to have a very particular vision for this film, what was it like working with him?

CL: It was awesome, he was a very cool guy. Caradog made sure that I had a bit of time to rehearse with Toby (Co-star Toby Stephens) before principal photography started so we could talk about the characters and ask any questions that we might come up with. It was a very collaborative process and that’s never a bad thing. 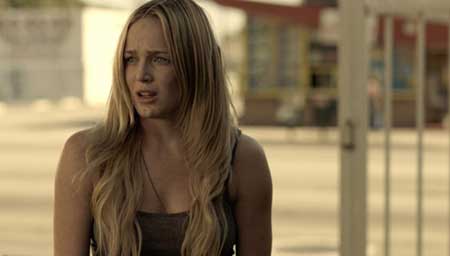 HNN: Considering that it was a low budgeted film, were there any issues that came up during filming that slowed you down? Any incidents?

CL: I just remember that filming was pretty rough because we were in Wales and it was always cold & rainy. I remember one particular scene in which I was covered in sticky cold blood and laying in the middle of a dirt road that wasn’t much fun! But besides that, there was nothing out of the ordinary that happened. 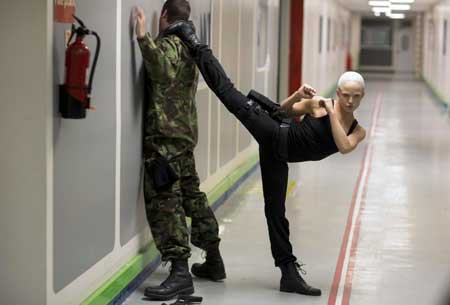 HNN: Do you plan on making more films in the sci fi genre?

CL: I love sci-fi, I really do so I definitely wouldn’t mind it!