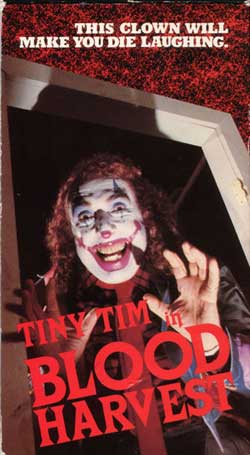 In a small town, people are being murdered by having their throats cut.

Tiny Tim took the world by storm in the late 1960s. He covered a song called Tiptoe Through the Tulips with a ukulele and skyrocketed to popularity. Sadly, it would be his only popular song. The novelty would soon wear off and Tiny Tim would fade away from the pop culture zeitgeist and enter obscurity. In 1987, he re-emerged onto the scene as one of the stars of a low-budget horror film titled Blood Harvest. That is all of the background that I had as I began watching the movie. Boy, was my mind about to be blown. 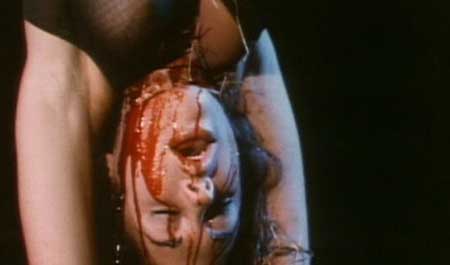 Blood Harvest began with the haunting image of Marvo (Tiny Tim) in full clown makeup, singing Jack and Jill, while a man who was hanging upside down had his throat slit. I have always been a sucker for the idea of a contrasting song and image. Having a children’s song or poem complemented by a violent act helps to provide a morbid tone that works well in horror. The addition of a clown into the formula provides a way to tug at your memories of childhood and twist them into a nostalgic nightmare. The idea of the opening scene was slightly better than the execution but it gave me hope as to what would follow. That hope would quickly diminish. 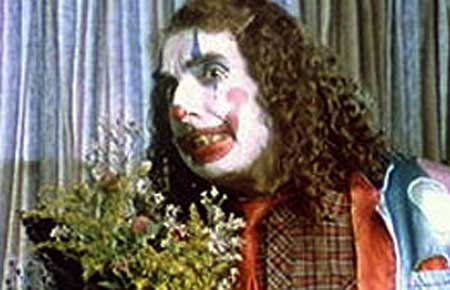 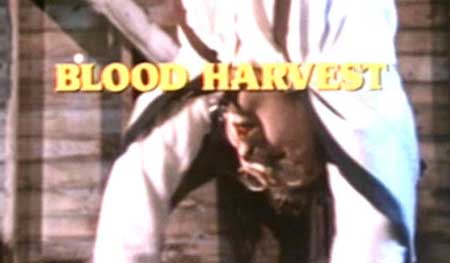 It does not take long to notice that Marvo is not the main character of Blood Harvest. Immediately following the melancholy opening sequence, Jill (Itonia Salcheck, credited as Itonia Salocheck) was introduced into the film. She is a college student coming home for vacation only to discover that her parents are missing. Salcheck’s performance is so stiff that it may well have been the invention of planking. In order to distract the viewer from her wooden acting and nearly always monotone voice work, she gets naked a few times. Not that her breasts and pubic hair really save anything. Whenever she gets naked, the movie takes a really weird turn. Voyeurism and molestation make her bare body feel dirty to look at. Though an attempt to take the focus away from her poor thespian qualities, the nudity did nothing aside from giving me the willies. 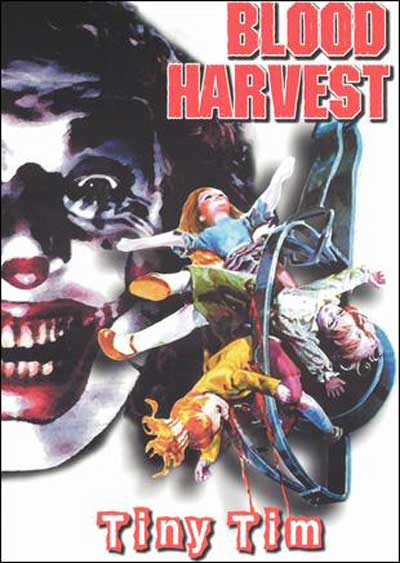 The odd feeling of the movie does not stop there. If you want to know how strange the tone of Blood Harvest really is, you need to look no further than the music. As Jill walks into town at the beginning of the film, the music that plays is reminiscent of the final scene of Friday the 13th. It feels as though Jill is about to trek out onto the lake in a canoe after surviving a fight for her life. This music plays whenever no action or potentially frightening things are occurring on screen. It completely destroys any building of tension or sense of dread that has been attempted throughout the movie. Mind you, that is not the worst of the music. Like any horror movie made in the 1980s, the killer comes back to life in the final moments. The movie cuts to the credits immediately after the killer wakens. Then the end credits song commences. The song that plays over the end credits is a happy ukulele tune by Tiny Tim about his character’s clown persona. It is such a ridiculous clash against the concluding scare that it elicited an awkward laugh from me. I could not believe that anyone would think that the song actually fit the mood. The music throughout Blood Harvest was bonkers, but that final song took the cake. 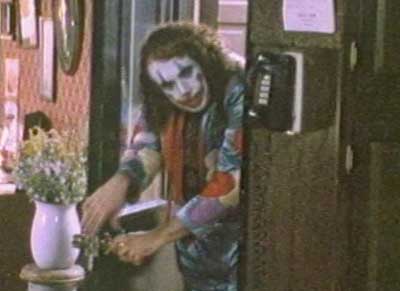 Music aside, Tiny Tim did a serviceable job in Blood Harvest. He was able to portray Marvo in a way that made him both off-putting and sympathetic at the same time. The performance makes you feel bad for the character because of the stressful situation that he has recently experienced, but it also makes you understand why the other characters in the movie get irritated when he is around. It is a fine line to portray a character as both compassionate and irritating. Tiny Tim was able to pull that off and he deserves credit for it. 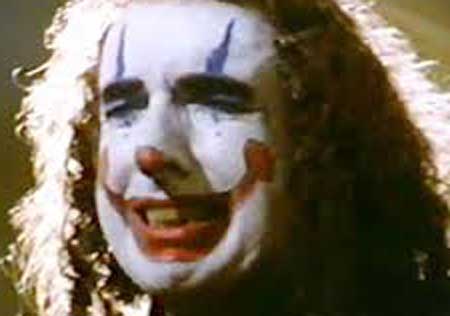 When Blood Harvest ended, I sat in awe for a few moments. It is a terrible movie. There is no doubt in my mind about that. The bewilderment did not come from the misdirected nature of the film, however. It came from the fact that I could imagine myself hanging out with friends and watching it in much the same way that you watch movies like The Room and Troll 2 with groups of people. It is a movie so bad that you want to share it with the people that you love. Is that really a bad thing? I think not.