Here are some things I’ll bet you didn’t know about John Jarratt. He graduated from NIDA (The Australian National Drama School) in 1973. He co-hosted a television show called Better Homes And Gardens with his then wife, Noni Hazelhurst, from their home in the mid 90’s. He was Quentin Tarantino’s first choice to play Stuntman Bob in Death Proof (2007), but Robert Rodriguez urged QT to cast Kurt Russell instead. Tarantino ended up writing a nice cameo role for Jarratt in Django Unchained soon afterwards. He made his film debut back in 1975 in Peter Weir’s seminal thriller Picnic At Hanging Rock and has been at it ever since. Back in 2005 he starred as psycho Mick Taylor in Greg McLean’s well regarded Wolf Creek and now he’s back in Wolf Creek 2 (Also directed by McLean) and apparently the years haven’t softened Mick up too much! He was gracious enough to speak with me about this iconic role.

HNN: Exactly why did you want to come back to Wolf Creek and portray Mick Taylor again so long after the last film?

JJ: Because there was a market for it and I had a great time doing it the first time! It was a fun horror film to make and it was fun being back on the outback, being a evil psychopath with a sense of humor. It’s interesting – It’s good!

HNN: I find it fascinating that you call playing a homicidal psychopath with a sense of humor “Good”…

JJ: Well…that’s what actors do. You get to portray all types of people who are vastly different from who you are. Mick is nothing like me, you know what I mean? If someone like that was to touch one of my kids I’d kill him. It’s like when Michael Douglas got the chance to play Liberace, it didn’t mean he was gay did it? It just meant that he had the chance to discover & explore that type of character. It’s the most interesting part of what we do as actors. 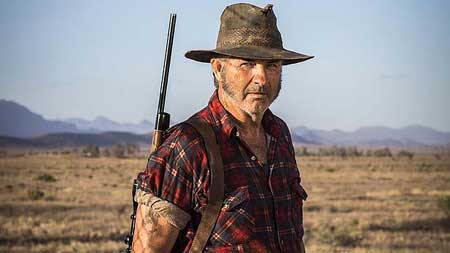 HNN: I can see where getting to pretend you’re somebody else for awhile & getting paid to do it would be a nice job to have but you really inhabit the role of Mick Taylor so well. There’s a quality to your characterization of Taylor – he’s got a great smile and he’s very approachable with a very friendly air about him…

JJ: That’s a quality that all serial killers have isn’t it? They all seem like nice, quiet guys to most of the people that know them and they are most of the time – until they go home at night and turn into maniacs.

HNN: But Mick Taylor is a maniac all of the time. Not just at night.

JJ: The character is an impersonation of my dad but my dad was neither evil nor psychopathic, but if you take away those two traits then Mick is just like my dad. Mick lives down south and he knows how to behave when he’s there but if you were to sit down at the local pub with him he’d probably beat the living shit out of you. But he does like to go hunting and he discovered that hunting backpackers is a lot more fun than hunting kangaroos!

HNN: Wolf Creek 2 is a lot more violent than the first film. How did you feel about that?

JJ: It’s a lot more violent because the monster is there from the get go. In the first film the monster didn’t turn up until the 2nd half of the movie and when he does turn up it’s pretty bloody violent [Laughing]! But with this one it’s intense from the get go, in the first one you wandered around before the roller coaster ride started – in this one you just have to strap in because it just starts right up. It’s a lot more intense in that aspect. 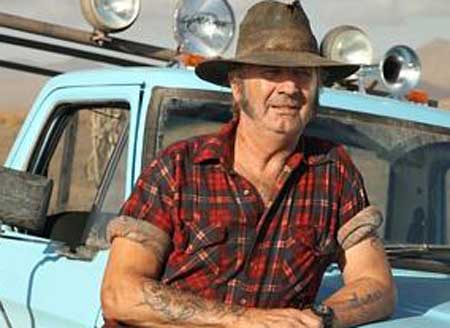 HNN: It’s great that you mention that because that’s the major difference between the two films. Wolf Creek took a long time letting the audience know who the characters were…

JJ: It set them up beautifully and then they basically became veal!

HNN: Yeah! In the sequel the fun starts right away with the two policemen.

JJ: Giving it to the 2 policemen! There were people in the audience yelling “YEAH! Give it to the cops!” and then they realized that they were siding with a maniac…

HNN: Did you have any qualms about this script being so markedly different in tone from the first one? Wolf Creek took its sweet time getting to the mayhem but Wolf Creek 2 just dives right in without much of any nuance or characterizations at all.

JJ: Not really because I had created the character already and there was no expanding on what was already there, I already knew Mick very well. There’s nothing that’s new to Mick in Wolf Creek 2, its just new to the audience. It’s just Mick bopping around doing what he does so well, none of it is new to him. 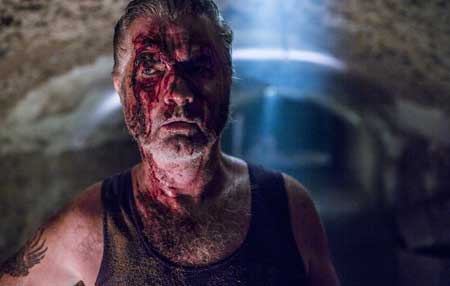 HNN: And you had no problems with the violence?

JJ: No I didn’t because it’s what’s expected of the character, and this is what happens in films in the horror genre. There are maniacs in this world that do these things, think of Schindler’s List (1993) and the things that happen to people in that film – They couldn’t make that film if they were ashamed of what they were about to depict could they? You’ve got to show the aspects of all the things that human beings can do to each other if you’re making a horror film or a historical drama based on something that really happened. People go to these kinds of films because there’s an adrenaline rush, they get away with feeling like they were in a bad auto crash but they never hit rock bottom and end up in the hospital. That’s why people get on roller coasters as well – for the adrenaline rush.

HNN: I was thinking about an earlier film of yours that I saw last year called Shiver where you played another psycho named Franklin Rood and wondering what you think the major differences were between Franklin & Mick and which psycho you had more fun playing?

JJ: Mick would eat Franklin for breakfast [Laughing]! But what I loved about Rood was that he was a [In a nerdy tone] sort of a creepy, buck toothed nerdy guy, so very different from Mick. It was nice to explore a different set of neuroses which is what I did with Rood.

HNN: Was it a problem for you to change your natural accent, your dialect, the way you did for Franklin Rood? 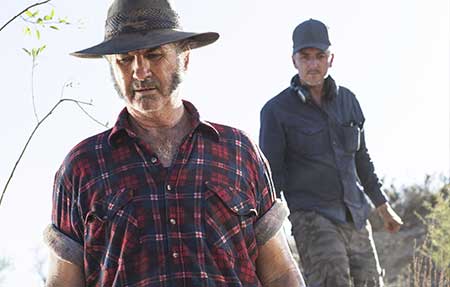 JJ: I don’t know – You heard it and you’re an American – What did you think? [Laughing]

HNN: It sounded really good but you’re speaking to me now in your natural tone of voice, so I’m wondering if there’s a lot of thought behind the process or is it something that just comes naturally to you?

JJ: Oh yeah, I worked really hard on that! I work very hard on back stories for all of my characters and that was particularly hard with Rood because being an Australian country boy I’m obviously closer to the Mick Taylor character. I’m not a nerd and I’m not educated in that way, I’m not an American and I’m not a creep either! So he was much more difficult to play than Mick was because I had to figure out how to play a character that comes from a culture I don’t understand – Well, I understand it but I’m not part of it so I worked very hard on all aspects of that character, his voice included.

HNN: This is your 3rd film with director Greg McLean so I’m guessing that you enjoy working with him a great deal?

JJ: I love working with Greg – he’s fantastic! The two best directors I’ve ever worked with were Peter Weir back in 74′ on Picnic At Hanging Rock and Greg, he’s really fantastic and he’s a great friend of mine as well. We have a great shorthand too, we walk around the set like Beavis and Butthead all of the time when we work together. He’s tremendous to work with.

HNN: Wait a minute…you worked on Picnic At Hanging Rock? It’s been a while since I’ve seen it but I sure don’t remember you in it.

HNN: One last question: What do you want audiences to feel as they’re leaving the theater after watching Wolf Creek 2?

JJ: I’d like them to feel frightened & exhiliarated, like they’ve been on one hell of a thrill ride! 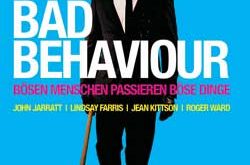