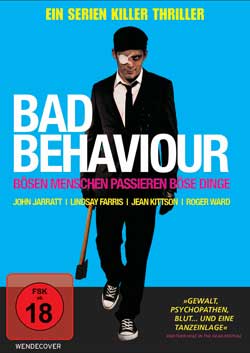 Emma and Peterson encounter their fierce predator Voyte Parker, a cop confronts his son’s murderer, and a man finds his wife is cheating on him. Intersecting story lines; murderers, coppers, teachers and teenagers.

The year was 1994, and it was virtually splitting at the seams with a cornucopia of notable highs and lows: Nancy Kerrigan received the world’s worst “Good Luck” gift from rival Tonya Harding, Nelson Mandela was elected President of South Africa in their first interracial election, and O.J. Simpson decided on a pleasant evening spin in his Ford Bronco as the nation watched on, riveted by the low-speed police chase.  Also of interest, a budding wunderkind named Quentin Tarantino released a modest little caper flick entitled “Pulp Fiction” to critical raves and unanimous public delight.  The film was nominated for no less than seven Academy Awards, and made producers Harvey and Bob Weinstein richer than . . . well, Harvey and Bob Weinstein.  The rest, as they say, is history.

Or was it?  Not entirely, since the outrageous fortune of “Pulp Fiction” led to so many knock-offs, wannabes and blatant carbon copies in the ensuing years, one would be hard-pressed to name them all.  Fledgling filmmakers, desperate to claw their ways from the depths of obscurity, followed the model of witty banter, unorthodox sequencing and gruesome violence in sometimes ambitious but mostly pathetic attempts to rekindle the spark.  Guy Ritchie was wildly successful with his unique takes “Lock, Stock and Two Smoking Barrels” and “Lock, Stock and Two Smoking Barrels With Brad Pitt.”  Doug Liman’s “Go” was a flip, fun odyssey in the same mold.  Even Roger Avary, co-writer of “Pulp Fiction”, upon deciding that eclecticism was not his strong suit, directed his own variation, “Killing Zoe.”  This artistic crime spree has since been abandoned for digital video cameras and budgets barely exceeding Tarantino’s daily coke fund with a recent onslaught of films exploiting the quickly strained “found footage” gimmick.  The rest, finally stated, is history.

Not so fast, folks.  Apparently, the Aussies have just discovered the existence of 1994.  “Bad Behaviour”, from writer/director Joseph Stephen Sims, is so late to the episodic malfeasance party, it feels damn near inspired in concept today.  Or, perhaps I’m just tickled not to slog through yet another dolled up home movie masquerading as a motion picture.  Seriously, hopeful hit generators, write a real script and move out of the parents’ basement so they can turn it back into a rec room.  Either way, the fact remains that  “Bad Behaviour” is indeed another tired “Pulp Fiction” retread, falling amongst the poorer of imitations, yet certainly not the worst.  It boasts an impish vibe of vitality peppered in the bromidic mix of unlikeable heroes, amiable villains and intersecting stories that culminate in one of the more implausible final acts I can recall.  In other words, “Pulp Fiction”-tastic.  Unfortunately, when all is said and done its lofty ambitions, admirable as they may be, do not an enjoyable 90 minutes make.

We are introduced at the onset to our first and arguably most reprehensible characters, a thrill-killing couple named Peterson and Emma, as they shoot and chop up a random innocent for no apparent reason other than the poor sucker chose the wrong abandoned lot in the middle of nowhere to relax with his thoughts.  Why a remote location necessitates public parking is anyone’s guess, but minor quibbles are the least of this movie’s obstacles.  Portrayed by Lindsay Farris and Caroline Levein respectively, our murderers engage in lengthy discourse about which establishment to patronize for breakfast as the prospective victim sits weeping between them, pleading for his life.  This forced attempt at droll nonchalance reeks so heavily of Honey Bunny and Pumpkin’s pre-credit gum flapping to open “Pulp Fiction”, it nearly sunk “Bad Behaviour” for me straight out of the gate.  The one saving grace was the aloof geniality displayed by Farris and Levein in their roles.  By some miraculous power of sheer will, these fairly green actors left me intrigued at the cut-away.

That personal sentiment could be a result of absence making the heart grow fonder, because the intersecting plots introduced after a flashy opening credit sequence taper off in both acting chops and engrossment.  Veteran police officer Ricky Bartlett (John Jarratt, an Australian star for his turn as the menacing Mick in “Wolf Creek”) is awakened by a friend from the force (Dwaine Stevenson) who has just kidnapped his wife’s employer and lover, nicely played with an understated meld of bewilderment and outrage by veteran supporting performer Robert Coleby.  Though this particular sequence could have been amusingly intense, it is hampered by Jarratt’s inability to utter one line through unclenched teeth.  This pestiferous technique may earn you fame Down Under, but here only Christian Bale in Dark Knight garb is allowed such tendencies.

Our third major story arc involves a raucous clique of prep school teens so ambiguous and interchangeable, only the stoner Sam (Tyson Hargreaves) stands out from the pack.  This is merely on account of his constantly being clad in a silly cap, informing the audience that this is the kid who will eventually pull out a bong at the house party.  Said celebration happens to take place next door to the very residence where Peterson and Emma are squatting after slaughtering not only the previous tenants, but the aforementioned philandering spouse (Rio Holland) through the beloved artifice of ludicrous serendipity.  Despite its triteness, this coincidence culminates in the most compelling moment “Bad Behaviour” has to offer, as one of the party goers steals into the adjacent home on a hunt for alcohol.

Every shred the jumbled mess this synopsis alludes to, “Bad Behavior” explains its contrivances with confused flashbacks and gambols in time that are far too few and sporadic, given that the majority of the enterprise stays more lineal than it pretends to be throughout its course.  What it sorely lacks in the script department is somewhat redeemed by Sims’ confident and nearly artful direction.  He puts forth some lovely and jarringly elegant images at times, all of which serve to link the analogous tales and never seem forced nor extraneous.  Saddled with a proper writing partner (stay away from Roger Avary), I’d be so bold as to declare that Sims just may have a passable picture in him somewhere.

But, not this picture.  “Bad Behaviour” is still touring Australia and Europe aboard the film festival circuit on what yours truly can only assume is Jarratt’s name recognition alone.  I will say this for the film, less a decoration than a contemplation.  “Bad Behaviour” dig beg one burning question that lingered somewhere in my grey matter long after fading to black: If the events of “Pulp Fiction” unfolded in chronological order, how many of its iconic and shocking moments would have elicited groans and choruses of “Aw, come on!” instead of accolades?  Would praises for brazen originality have alternately been jeers at logic-stretching happenstance?  Probably best not to think about that. 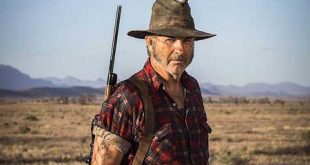