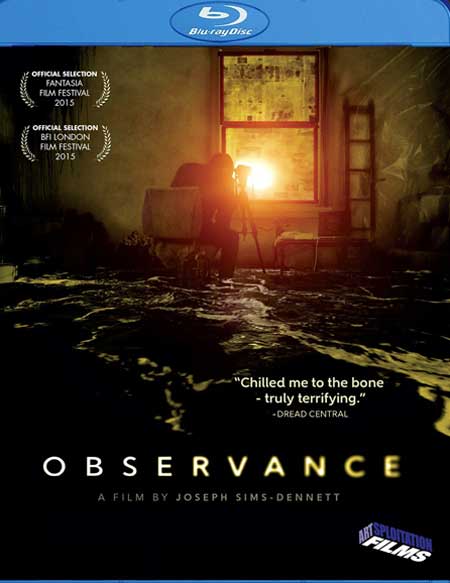 In the grip of grief following the death of his young son, his marriage on the rocks and nearing bankruptcy, Parker reluctantly returns to work as a private investigator. Embarking on an unusual assignment to observe a woman from an abandoned apartment, Parker witnesses bizarre happenings surrounding her, unaware that the derelict building that he surveys her from has birthed a dark presence which slowly threatens to consume him.

Tell anyone about the initial plot of Observance, a superb Australian horror, and you’d be possibly hard pushed to win them over.

‘It’s about this bloke,’ You’ll say. ‘And we follow him as he spies on a woman.’

It’s not that you don’t want to sell the film, it’s just you know that to give too much away is to ruin the whole experience of the film. Like the waves that appear intermittently throughout, Observance is a film you should allow to wash over you. For purposes of hits and traffic, please do continue to read my thoughts. However, for optimum impact, you’re better off staying away from all spoilers and enjoying Observance by, well, observing it.

Directed by Joseph Sims-Dennett, who also helmed Bad Behaviour with John Jarratt and Roger Ward, Observance is, to be fair, the story of a man watching a woman. For monetary purposes no less! Roger is the guy, played by Lindsay Farris, and Tenneal is the gal, played by Stephanie King. Roger is cash strapped and looking for some easy money. This is why we find him holing himself up in a scrappy little apartment across from Tenneal’s that’s seen better days. There’s mold, there’s newspaper instead of wallpaper on the walls, there’s a crushed rat underneath the mattress. Basically, I’m saying it’s got all your modern conveniences.

Like Roger, we’re never told why we’re watching Tenneal. It’s just a job, you know. However, as we take steps down the spiral staircase that is the plot, through flashes we catch behind her curtain, things are certainly not okay. She looks stressed, tired, and her boyfriend seems a little too handy with his fists. Is this why Roger’s here? The voice on the other end of the line repeats to him to just keep watching. 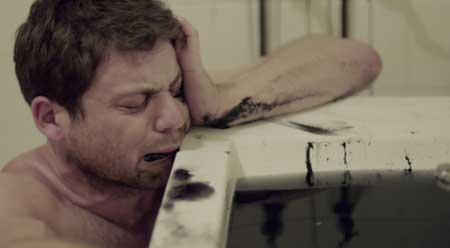 So many questions and so few answers. Observance has no time for your need to have everything explained to you. That’s not a pretentious boast to upscale the film so you can sell it to your arthouse friends over glasses of Merlot. No, it’s the truth. Observance could offer up a full explanation of everything, such as why Roger keeps going after he’s caught out by Tenneal’s boyfriend, or his visions become violent. But this is intelligent horror that asks you to take a moment when the dust has settled to think about what you’ve experienced, what you’ve been put through. It’s like finishing off Call of Cthulhu and keeping a beady eye on the sea in mistrust; Observance gets under your skin.

I’ve seen it numerous times now and, with each viewing, I always spot something that eluded me before. Just when I think I’ve got a handle on what happened, I remember something else that blows my current theory out of the water. I think I have a good idea now, but it’s sure to change on my next viewing. 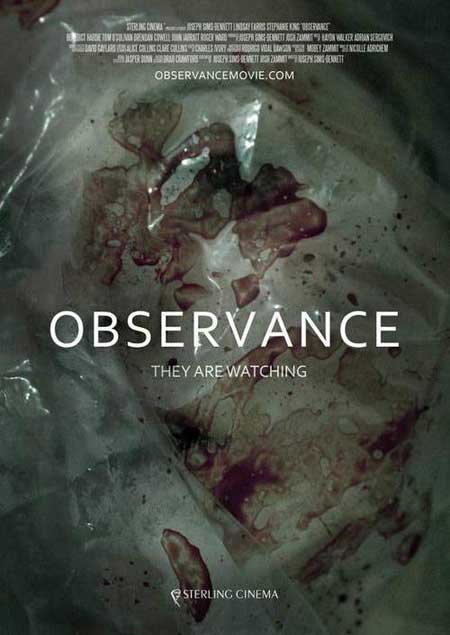 So go, go seek out Observance. Embrace it as you should all good horror and ghost stories that appear from nowhere without being preceded by copious amounts of marketing. Sims-Dennett, who also co-wrote the film, has crafted something special and you really ought to be a part of it. Remember when you were the first of your mates to see The Babadook? Well, here’s your opportunity to promote another cracking Aussie film! Think of it like a cult. A good cult. One of those ones that doesn’t kill people or themselves.

Join us! Join us!

Observance is now available on bluray per Artsploitation films 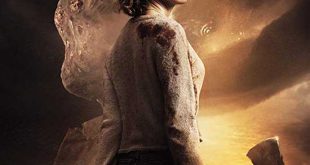